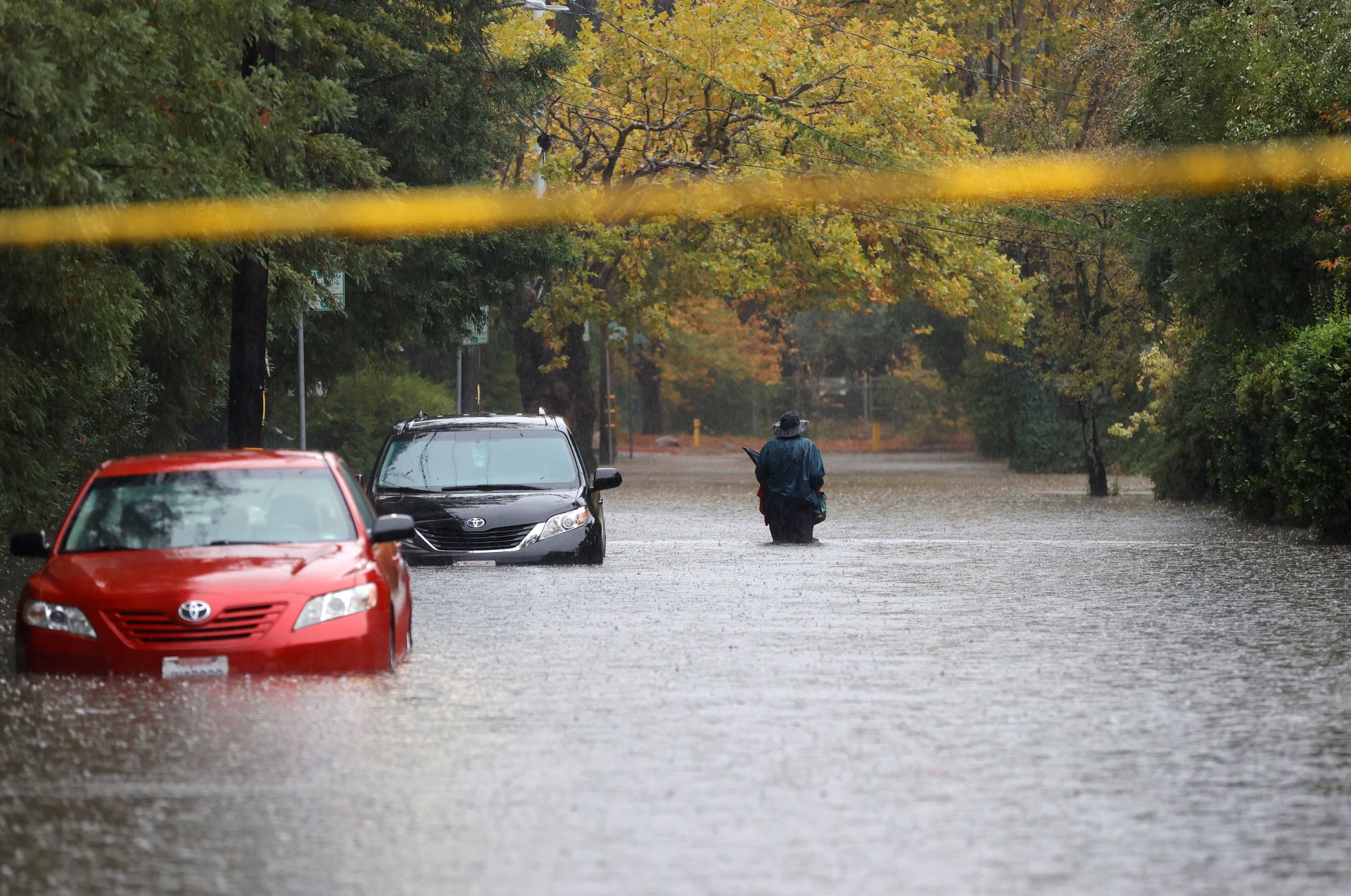 Tens of millions of Californians representing about 90% of the state are under a flood watch as of Jan. 10, with intense rainstorms battering much of the Golden State.

Santa Barbara and Ventura counties have been hit especially hard, with some areas seeing over 16 inches of rain, as reported by the New York Times.

Videos showing intense surges of water amid the severe downpours and flooding have been shared on Twitter. One clip shows a Santa Barbara man kayaking down a flooded street with multiple cars partially submerged.

Streets are floated in Santa Barbara’s east side. You can see a man kayaking down the street. pic.twitter.com/qrwTKtzN6e

Montecito, a small town in Santa Barbara County, has been hit with a mandatory evacuation order due to the storms and flooding. One famous Montecito resident, Ellen DeGeneres, shared how the extreme weather was affecting her home.

Montecito is under mandatory evacuation. We are on higher ground so they asked us to shelter in place. Please stay safe everyone. pic.twitter.com/7dv5wfNSzG

The damage caused by the onslaught of storms, mudslides, and rain is expected to cost the state over $1 billion dollars and has left at least 220,000 homes without power as of Tuesday afternoon.

While southern California is generally known for its pleasant weather, it’s experiencing the effects of both an atmospheric river and a bomb cyclone, which together are battering the state.

As NOAA explains, an atmospheric river is a stream of water vapor flowing in the sky above us, much like how a river is water moving over land.

While rivers on Earth tend to flow downhill, atmospheric rivers flow in the direction of moving air created by weather systems. These rivers pick up water vapor from the air in warm, moist tropical regions and drop the water over land in cooler regions as rain or snow.

While atmospheric rivers are a normal part of our Earth’s systems, as our planet overheats, the behavior of these high-flying rivers changes and impacts our precipitation patterns, which can result in both unpredictable “megafloods” and severe droughts.

Bomb cyclones, on the other hand, are rapidly intensifying storms that usually occur over oceans and often occur alongside atmospheric rivers.

This treacherous combination of atmospheric dangers is hitting California shortly after it has experienced a “mega-drought.”

So while it may seem odd that the state is going from extremely dry conditions to devastatingly wet ones, these huge swings are actually more likely to occur due to the overheating of our planet.

What you can do

Those who may be impacted directly by these severe weather patterns should know what to do during a flood. Having an evacuation plan and a go bag can save you if the situation is dire.

Next, you can get involved in fighting the overheating of the Earth, which is worsening extreme weather events like the ones California is currently experiencing.

Perhaps the best way to make changes as an individual is to switch over your home’s power to a cleaner, cheap electricity source. Instead of relying on dirty energy sources, like planet-warming methane gas and coal, using solar power can both save you money and keep our planet cooler and calmer.

Due to the recently passed Inflation Reduction Act, you can also get a 30% tax credit for home solar panel installation, making it way more affordable. Plus, households that swap over to clean electricity can save on average $1,800 a year.

If rooftop solar panels are not a possibility for you, try looking into community solar programs, which can cut your electricity bill without the need to install expensive panels.

Since cows are known to burp up a ton of planet-warming methane, even eating just a few more plant-based meals a week is a great way to make a positive environmental impact.

Perhaps the simplest, least expensive option is to regularly talk to your family and friends about our changing climate and check in on them when extreme weather happens. Here are some tips on how you can bring it up.