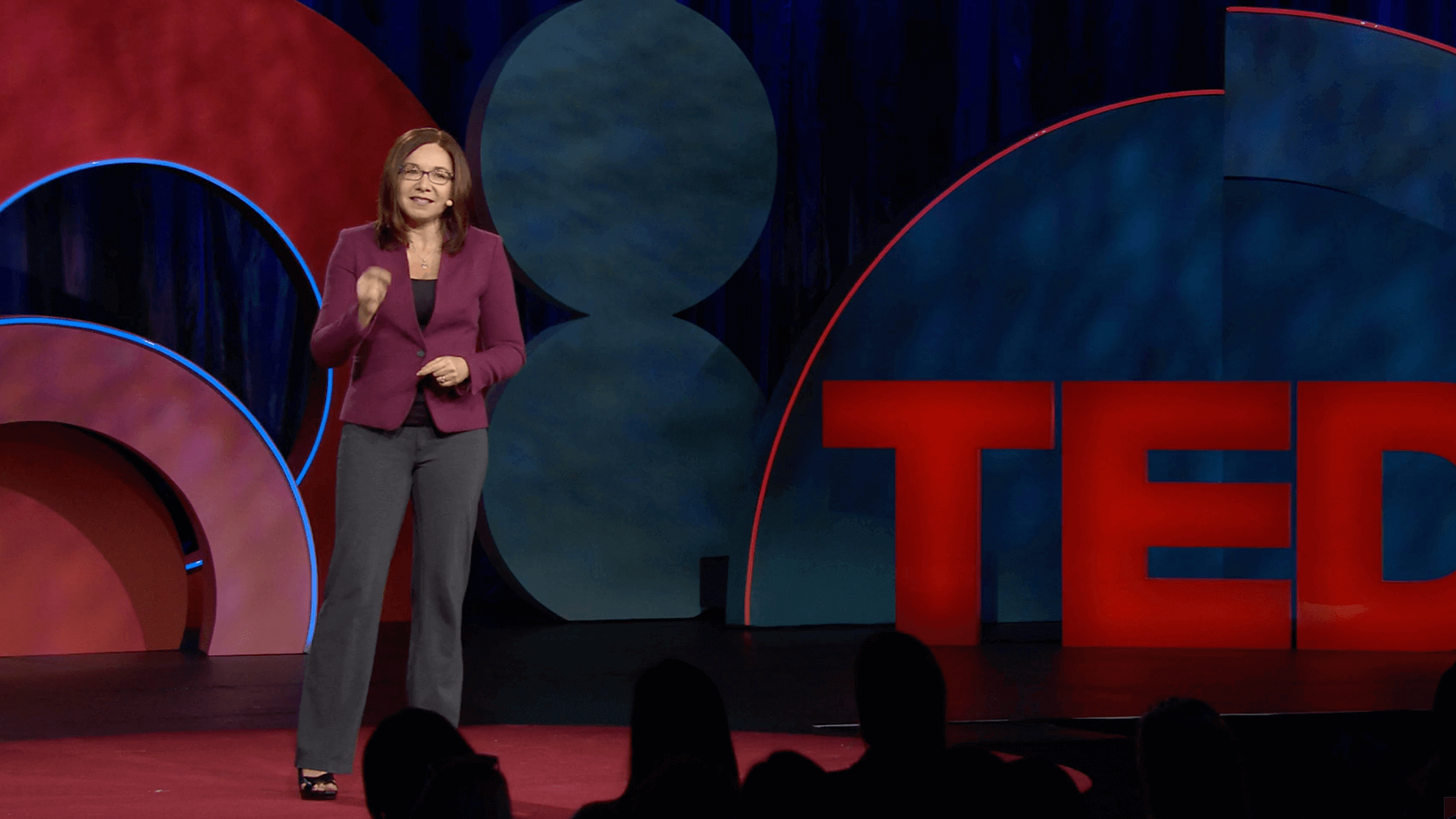 In a TED Talk, climate scientist Katharine Hayhoe explores the most crucial thing anyone can do to fight our changing climate –– and it does not involve switching to solar energy or composting, although those are still incredibly helpful things to do.

You (yes, you) are actually capable of doing this one thing right this very second.

We are not talking about climate enough

Our changing climate and the extreme weather events that come with it have become deeply politicized topics, and even talking about the climate without instigating a heated debate seems daunting these days.

Hayhoe says, “The fact that the number one predictor of whether we agree that [the] climate is changing, [that] humans are responsible, and [that] the impacts are increasingly serious and even dangerous, has nothing to do with how much we know about science or even how smart we are, but simply where we fall on the political spectrum.”

She then explores the social science behind divisive topics turning into charged arguments.

“If people have built their identity on rejecting a certain set of facts, then arguing over those facts is a personal attack,” Hayhoe explains. “It causes them to dig in deeper, and it digs a trench rather than building a bridge.”

How to talk about climate change

“The number one thing we can do is the exact thing that we are not doing: talk about it,” Hayhoe says.

To talk about the changing climate effectively, Hayhoe emphasizes the need to rethink how we approach our conversations, leading not with data and facts, but instead shared values.

Once a foundation of similarities has been established, the conversation is then about connecting the dots between values and why it matters to care about the climate and how it impacts our communities, Hayhoe explains.

Making personable conversations and relating them to a changing climate is much easier than one might think because climate change is affecting several, if not all, aspects of life. Hayhoe lists several examples, such as parents wanting a stable planet for their children and people concerned about national security as resources are depleting.

For her, the easiest way to connect with others is through her faith, believing that God created the Earth and holds humans responsible for protecting one another, the planet, and other living things.

Hayhoe also stressed the importance of avoiding fear as a motivator because fear makes us run away from the problem, and we need something that will motivate us for sustained action. Ultimately, Hayhoe declares, “What we need to fix this thing is rational hope.”

With the momentum gained from helping others view climate change as an issue that will affect us all personally, Hayhoe says the second important thing to talk about is solutions –– solutions that are accessible, achievable, actionable, and attractive.

Katharine Hayhoe acknowledges that climate change is not an isolated issue, and to fight this issue, we need to work together. In her conclusion, she says, “We have to go out and actively look for the hope that we need that will inspire us to act. And that hope begins with a conversation today.”

Try talking with your friends, loved ones, and community about climate change –– you never know the magnitude of the positive impact that can come from a single conversation.