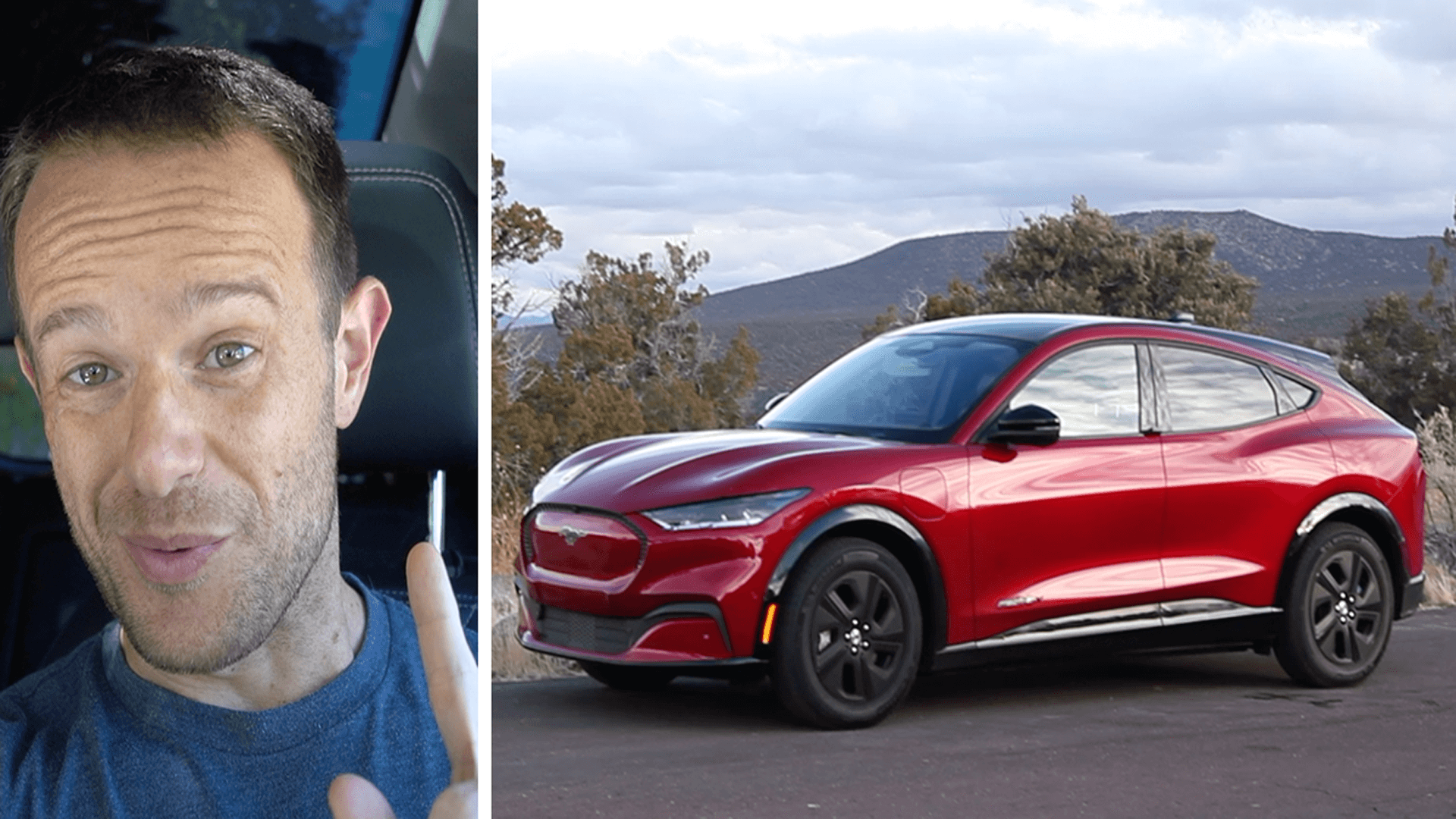 My wife, my infant son, and I just completed a 5,500 mile road trip around the western U.S. in a Ford Mustang Mach-E.

Along the way, I made some videos to share the experience of the trip –– to help demystify electric vehicles (EVs) for people and hopefully convince more people to make the all-important switch.

While many people are beginning to see that EVs are better and less expensive for daily commuting, given the lack of visible charging infrastructure, lots of folks are still nervous about either buying an EV or using their EV for a long road trip.

I’m here to tell you: you don’t need to worry.

Let me give you a rundown of our car and how we accomplished our 5,550-mile road trip so you can confidently get into an EV next time you hit the road.

We set out on our adventure driving in a Ford Mustang Mach-E California Route-1 edition.

The car, which we have lovingly dubbed “Eve,” has a listed range of 304 miles on an 88 kilowatt hour (kWh) battery. It’s a crossover, so it feels like a small SUV that drives more like a car.

One of the great things about this particular EV was the storage space, especially on a road trip with a baby.

In addition to the hatchback, there is the “frunk,” or front trunk, where we could keep a couple of grocery bags, a travel booster seat, and a folding baby bath. We may have overpacked for the trip a bit, but the car gave us the room and peace of mind to do so.

Going into the trip, people asked us if we had range anxiety, or fear that our car would run out of juice in the middle of nowhere with no charging station in sight.

Indeed, it didn’t make sense to us why this remains such a hot topic. There wasn’t anywhere on our route through California, Arizona, New Mexico, Colorado, Utah, Idaho, Oregon, and Washington where we would be driving more than 200 miles between chargers. With our 300 mile range, we knew we would be fine.

And we were fine.

We never, not once, were in a situation where we worried about range or running low on charge. Instead of worrying, we had a sense of wonder at how great it is to road trip in an EV and how robust the charging infrastructure already is.

However, we bought our car with this road trip in mind, and went for the model with the longest range, just so we could avoid that range anxiety.

But here’s the thing: now that we’ve done the trip, I don’t think we needed to get the longest range model. For a road trip like this, we would have been fine with around 250 miles of range.

If you have a specific drive you’ll be doing regularly that is 280 miles, then sure, get the car with a 300-mile range. But if you’re going to be planning charge breaks every few hours anyway, you don’t need the extra range.

Costs of the trip

We didn’t closely track the charging costs of the trip because they were small compared to our hotel and food costs. But lots of people have asked this question, so I’ve calculated an estimate I believe to be accurate within a few dollars.

Slightly more than one-third of all of our charging was free, either included in the price of our hotel or public chargers that were free to use. Our car came with some free charging at Electrify America, but I’m not counting that as part of the free charging calculation because it was finite and not replicable for others’ experiences.

For the stops where charging wasn’t free, our average cost came out to about $0.30 per kWh, though the range varied a huge amount. In some places, it was $0.43 per kWh, then just down the road it was $0.22.

That comes out to about $311 in charging costs for the whole trip.

The average fuel economy of a gas-powered car — in other words, the number of miles a car can go on one gallon of gas — is 25.7 MPG (miles per gallon), according to the U.S. Department of Energy. If gas costs on average $4 per gallon, that would mean that this same trip would have cost over $850 on fuel alone.

How we planned our days

The trip consisted of a mix of days we spent in cities we were visiting and days we were on the road.

While staying in a city, we either would stay with friends or rent a house for a week. In half of the places we stayed, we were able to plug into a wall and slowly charge the car from the house. In places where we didn’t have access to a plug, we would just pop out to a fast changer while getting groceries.

For days on the road, we would plot out changing stops that would have us drive for about 2 to 2.5 hours between breaks. We would do two or three of these segments, normally keeping our total drive time capped below 7 hours. Since we had a baby’s nap schedule to contend with, too, this sort of pacing worked out perfectly for us.

For most places on the trip, we were choosing among several charging spots for where we would stop.

Unlike gas stations, which have to be in big, visible locations to compete with each other, charging stations are often more tucked away. The best chargers for us were ones at a store where we could use the bathrooms and maybe get some supplies. Especially with a quickly growing baby, it was useful to plan charging breaks at a Target or Wal-Mart so we could get new clothes as he outgrew his old ones!

How a charging stop works

When we timed things right, the baby was just waking up from his nap as we pulled in to charge. The first time, I treated it like a gas station and hopped out to swipe my card and start pumping. Eventually, I got it to work, but the payment interface wasn’t great, and I realized I must be doing something wrong.

So I set up the payment details in the apps for all the charging networks. After that, whenever we pulled up, we did one of two things: either we could just plug straight in and the station would recognize our car and charge us, or we would tap our phone on the station and then plug in. Super simple.

Then the baby would nurse while I went to the bathroom and got lunch or a snack ready. We had an electric mini-fridge in the car, so we were eating fresh veggies, hummus, and cheese most of the time. My wife would take a restroom break while I changed the baby.

Around this point, the car was normally done charging, so I would unplug the car and move to a spot out of the way. Then we’d play around with the baby for a bit and hit the road.

Most of our charging stops took about 20 minutes —  but even at half speed, a 40 minute charge was generally faster than our baby care, bathroom, and food routine.

So really, kids are the perfect EV road trip companion. They’re going to need a bit more of a break, which just so happens to pair perfectly with a charging stop.

Check out Weldon Kennedy on Twitter for more tips about EVs and road tripping. 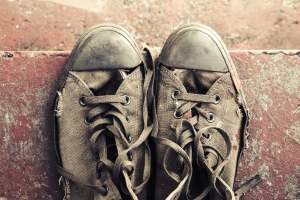