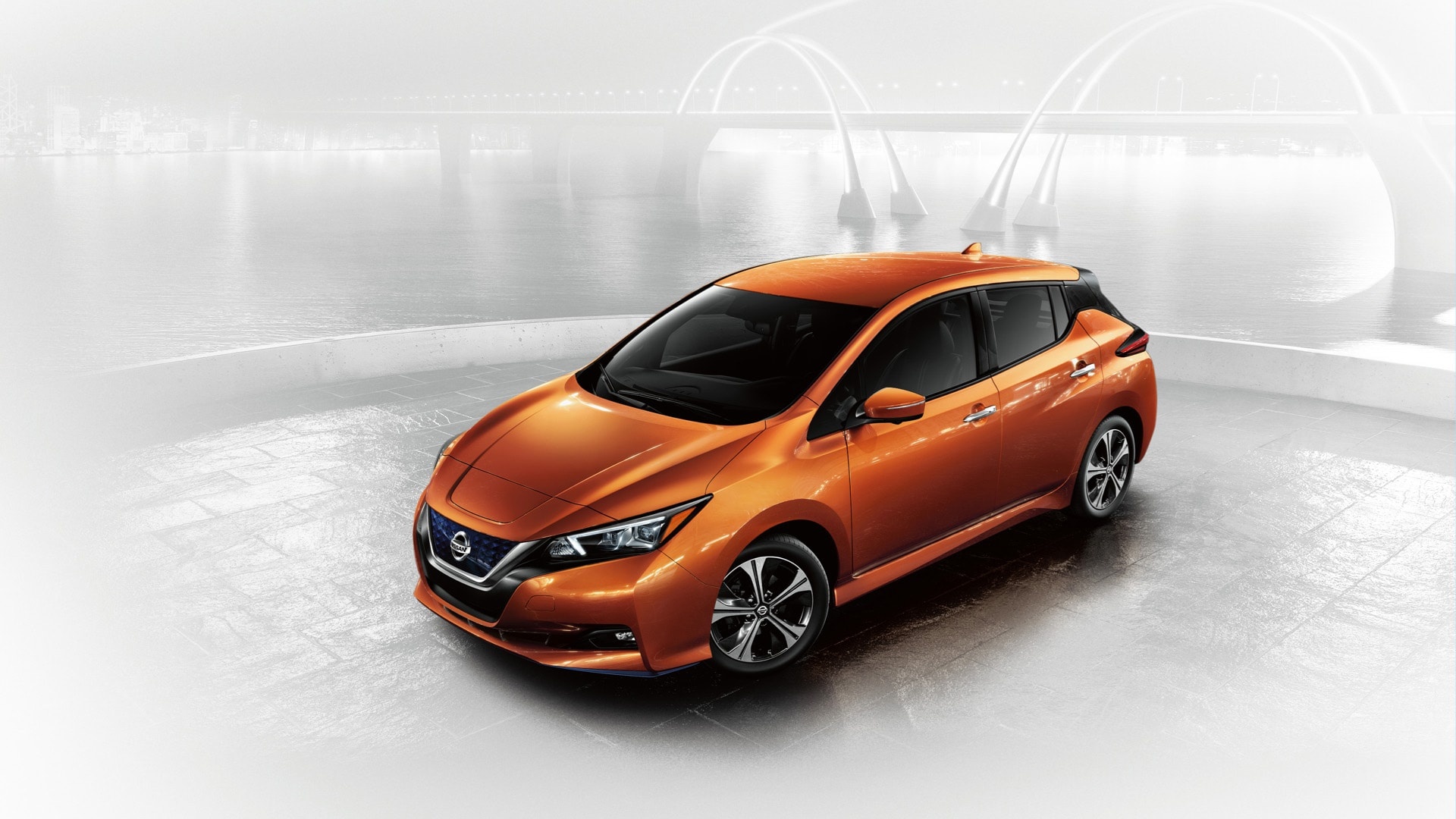 When shopping for an affordable new car, consumers may find the higher sticker prices on electric vehicles, also known as EVs, to be a turn-off. But although that initial sticker price may be higher, you never have to pay for gas or oil changes, and electric cars require less maintenance than gas-powered vehicles. You’ll find that over the life of an electric car you could save $1,800 to $2,600 for every 15,000 miles you drive. Plus, there are some great tax credits from both the federal and state governments to look into.

If you’re convinced (or not quite there yet), this list of electric cars with the lowest sticker prices should help you start your research. We’ve got five cars for you, and they’re not only affordable but cool, sexy, reliable, and fun!

Up first is the most affordable EV on the market right now. The Chevy Bolt EV starts at only $26,595 and has a truly awesome range of 259 miles, the longest on this list. You could drive from NYC to Washington, D.C., in one trip with no pit stops. Time to plan some weekend getaways!

First released in 2016, the Bolt’s updated features for 2022 are both cool and practical. You’ll never have to worry about slow charging times at home because Chevy will send someone to your house to install a Level 2 home charging station — yes, for free! This little hatchback is also not slow to drive, as it can go 0–60 mph in 6.5 seconds. Another fun new feature is the massive 10.2” screen, which is perfect for some in-car entertainment.

Next up is the Nissan Leaf with the second-lowest sticker price of any fully electric car, starting at $27,400. The Leaf can drive a solid 149 miles before having to charge. That gives it a longer range than the Mini Cooper and Mazda MX-30, but less than the Hyundai Kona and Chevy Bolt.

The Nissan Leaf has been around since 2010. It was the first mass-market EV on the scene, which means it has been tested for longer and updated more times than any other car on this list.

One new feature for 2022 Leaf is an 8” touchscreen, which is pretty cool. But there is another new feature that really sets this car apart: The Nissan Leaf comes with a co-pilot! It’s not quite R2-D2, but Nissan’s ProPILOT assist technology keeps your car safely in the center of the traffic lane. In stop-and-go traffic, it will also make sure you don’t get too close to the car in front or behind you. This all happens even if you take your eyes off the road or hands off the wheel, although we suggest trying to keep them in place.

The Mini Cooper SE is a car that will get everyone’s attention with its fun color options (like bright yellow), its Union Jack taillights, and its futuristic-looking wheels. You can get all that unique style starting at $30,750.

As for range, the Mini Cooper SE can take you 114 miles on a full charge. For most drivers that’s enough for the daily commute, but other cars on this list promise a lot more miles. If you like safety features that give you the feel of a video game, the Mini Cooper’s steering wheel vibrates to get your attention if you happen to drift out of the lane.

Like most Minis, this is mainly a vehicle for those with a city commute who are into turning heads with the look of their ride.

Mazdas are known for their sleek look, and the new all-electric Mazda MX-30 is no exception. With a starting price of $33,470, you can feel superior to other drivers on the road because you’ll be cruising in an uber-stylish minimalist interior. The cabin doesn’t just look great, it gets extra cool points for featuring sustainable materials like cork and fabric made from recycled bottles.

The downside is that this car is more suited to city dwellers, those with shorter commutes, and those with easy access to charging stations since its range is the lowest here at only 100 miles. For those who generally stick close to home and can charge every night or who live in an area with easily accessible charge ports, the comfort, style, and cool factor of this car make it a great buy.

The Hyundai Kona Electric is a small SUV starting at $34,000 with the same great look and drivability as its hybrid and gas-powered counterparts. This is not a tiny car with tiny wheels. Anyone who’s driven a small SUV knows how freeing it is to have both the higher clearance and traction of a sport utility vehicle — especially in rain and snow — combined with the ability to park in small city spaces.

As electrics go, this car has an excellent range of 258 miles on a full charge. With its sturdy build, this is an electric SUV that’s ready to go! Plus, as a bonus, Hyundai will give you 250 kilowatt-hours of free charging from Electrify America when you buy the new electric Kona. And you’ll feel pretty good about never having to fumble for your keys again when you get the Hyundai app, which allows you to unlock your doors and turn on your engine with your phone. Sounds like a good party trick to us.

The possibilities are endless

This list is just a starting point, but we do want to mention a few other options, like the Kia Niro EV, the Ford F150 Lightning, and the Volkswagen ID.4.

New fully electric cars are coming out all the time. Some major automakers have even pledged to stop producing gas-powered cars within the next 20 years, which will lead to even more incredible options.

We hope our list has helped you see how much potential electric cars have, and we wish you the best with your hunt for the perfect EV.