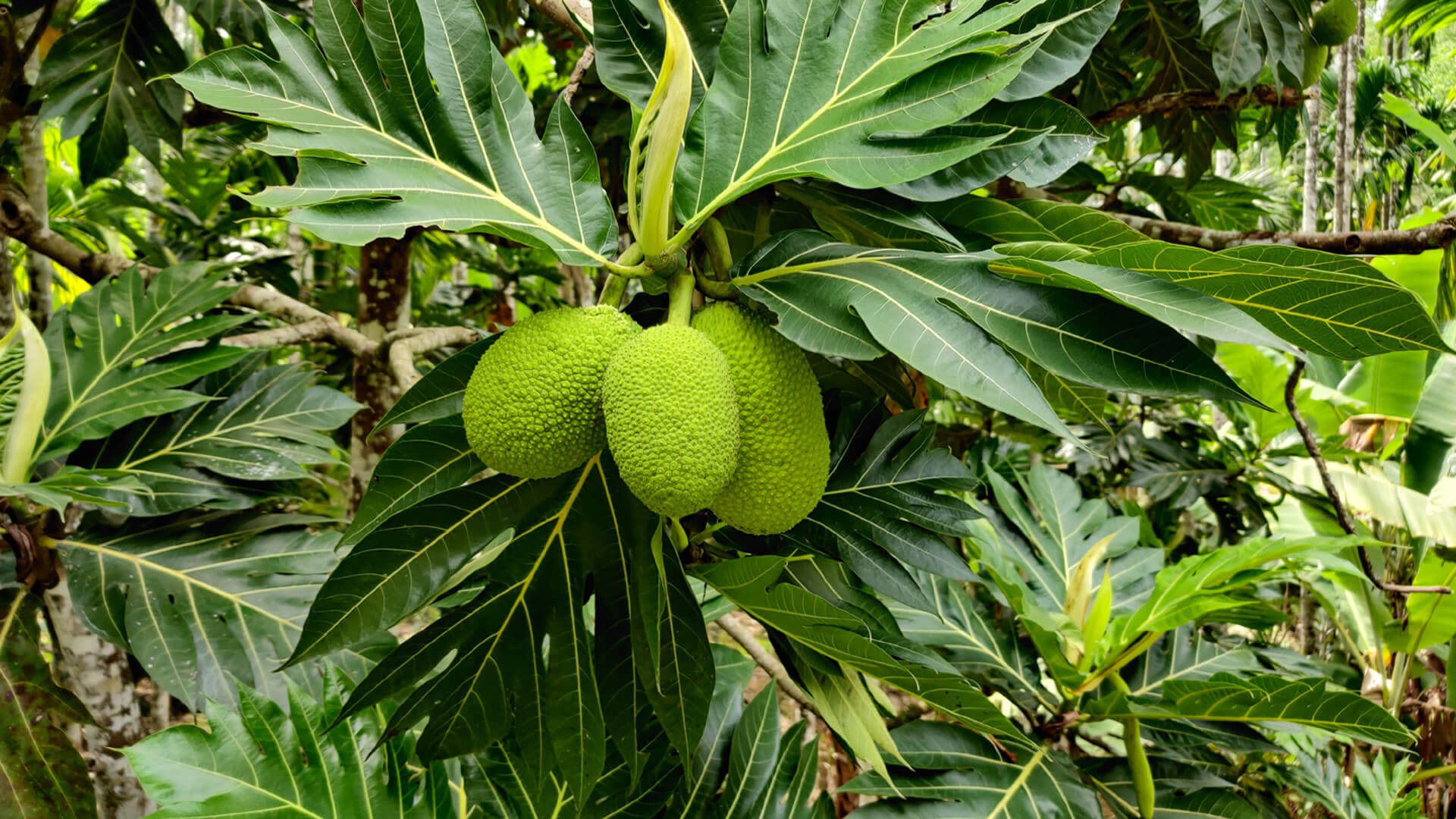 This fruit curiously smells like baking bread and tastes like potatoes –– and it might also provide a means to help feed communities amid drought and famine.

Breadfruit, despite its name, is not made of bread. It’s a tall tree native to islands in the Pacific that produces a starchy fruit, similar to a jackfruit.

Researchers at Northwestern University have been studying breadfruit because they believe it could help feed the world as our more vulnerable crops are plunged into jeopardy due to rising global temperatures.

Although humans have grown adept at growing a wide variety of food, changes to the climate and resulting weather patterns are likely to make it harder to grow some foods, like rice, soybeans, corn, and wheat. And considering how many people eat these foods, that’s a big deal.

But a new study from these Northwestern scientists has found that breadfruit is incredibly resilient to warming temperatures and changes to precipitation. The drought-resistant breadfruit doesn’t need a ton of fertilizer or water to grow, either.

What may make breadfruit the best option for feeding the world, though, is its ability to grow in places that will be most impacted by the planet’s overheating.

Northwestern identified areas such as sub-Saharan Africa, which is particularly vulnerable to the warming climate and the resulting food insecurity, as a prime location to grow breadfruit. The fruit can be prepared in tons of different ways (roasted, fried, steamed, and more) and actually smells like bread as it cooks.

It’s great that breadfruit can be a viable fallback in case the warming climate affects the foods we love, but that doesn’t mean we can’t act right now to save our current food supply. We can all help to cool down the planet by doing a few simple things, like making the switch to clean and cheap energy, or even just talking about the planet’s overheating with your family and friends. Here are some tips on ways to start those conversations.

As people and governments adapt to an overheated planet, the cultivation of breadfruit may be an easy way to make the world more resilient.