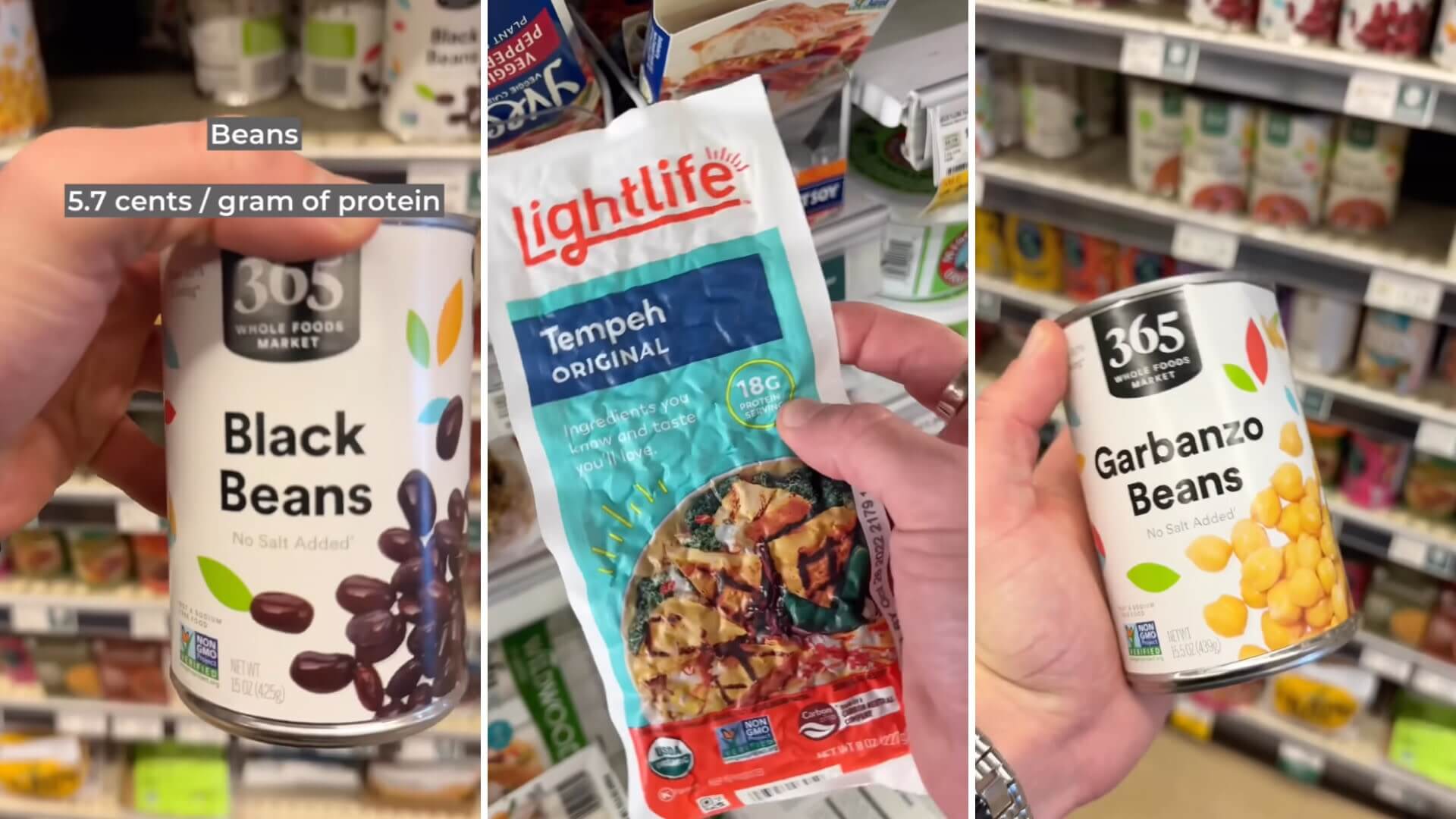 “Think getting protein in your diet is expensive? Think again! You just need to know where to look,” he says in the caption. “Here are the 5 least expensive sources of protein.”

According to Kelton, five of the best, cheapest plant-based sources of protein are tofu, beans, lentils, tempeh, and seitan.

“Yes, you can get protein without eating meat,” he says in the video.

Kelton provides a helpful breakdown of how much each item costs at Whole Foods relative to its protein content (and if you shop at a cheaper grocery store, your savings might be even greater).

“Getting protein in your diet can be cheap AND easy!” Kelton says in his caption.

The video sparked plenty of positive reactions from commenters. Plant-based foods are becoming increasingly popular with the number of Americans eating a meatless diet increasing by 600% from 2014 to 2018.

Of course, the problem is that people still need protein in order to maintain a balanced diet. And while meat is a clear source of protein, it can present some big challenges for the environment.

Intensive factory farms that mass-produce beef and other meats have a huge effect on the overheating of our planet. Livestock like cows emit Earth-warming methane gas, which compared to carbon gas, is 80 times more detrimental to our atmosphere in the short term.

Many Instagrammers agreed with Kelton’s examples. Some even shared their own tips for finding plant-based proteins on a budget.

“Don’t go to Whole Foods and you’ll save more!” another added.