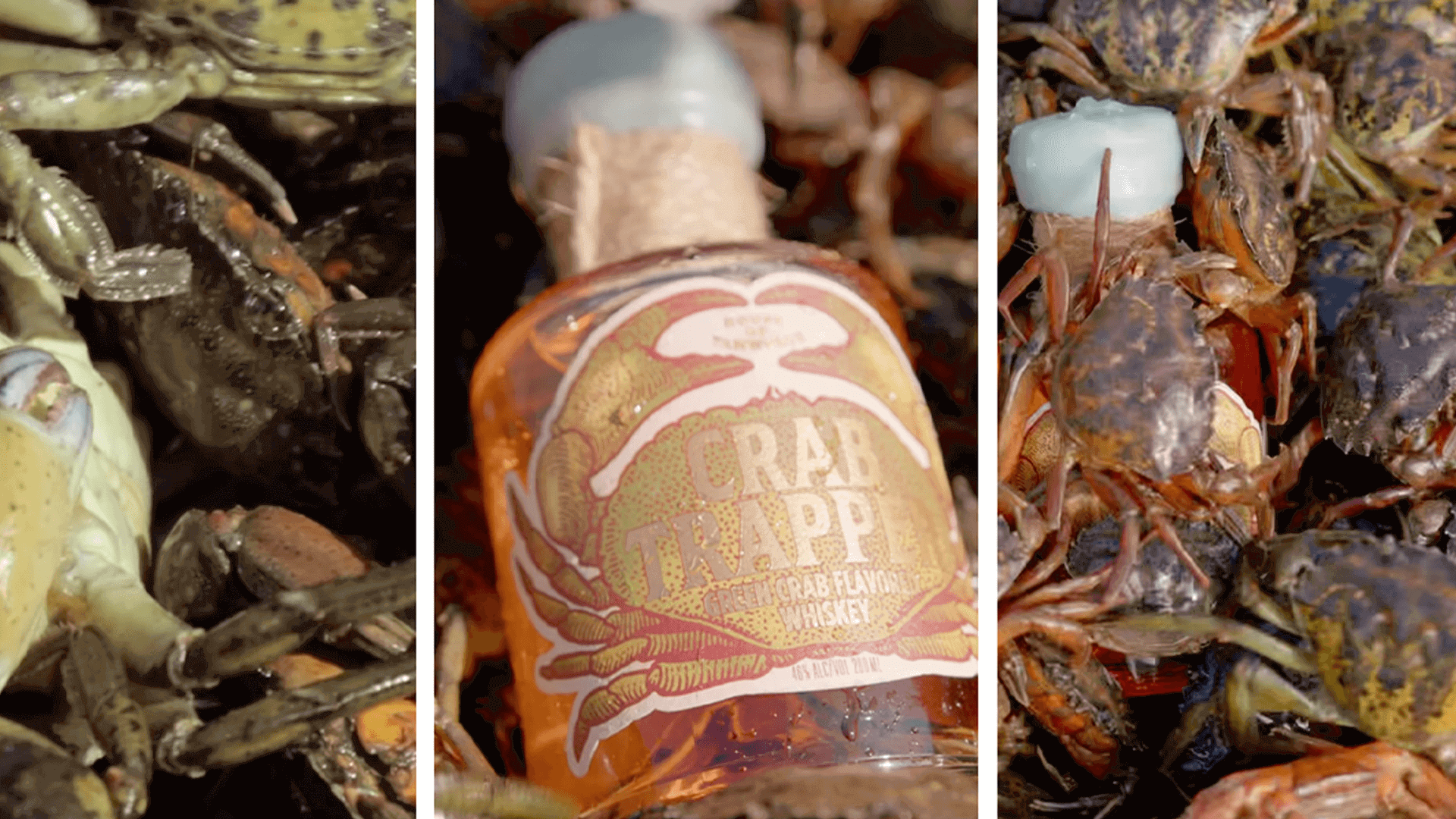 A New Hampshire-based distillery has found a whole new way to turn lemons into lemonade. Although in this case, the lemonade is whiskey and the lemons are … crabs?

This summer, Tamworth Distilling announced a new crab-flavored whiskey. The spirit, aptly named “Crab Trapper,” is steeped with flavoring made from green crabs, an invasive species that wreaks havoc on coastal ecosystems across the U.S.

Perhaps unsurprisingly, the company says Crab Trapper may be the first crab-whiskey combo in the world.

“Naturally, you’re just gonna be a little repulsed,” Will Robinson, a distiller at Tamworth, said in a video announcing the product. “But if you just give it a try, it might surprise you.”

But an unconventional taste isn’t the only unique thing about Crab Trapper. The whiskey was also designed to fight back against an issue that’s plagued shorelines for decades.

Green crabs traveled to New England from Europe in the 1800s, most likely by hiding in ballasts at the bottoms of ships. They’re small but ferocious, and have few predators in the U.S. According to the Maria Mitchell Association, they’re now considered one of the five most invasive species in America.

In New England, the green crabs burrow into eelgrass, destroying a valuable seagrass that helps prevent erosion along the shoreline.

They also feast on shellfish like clams and mussels, which play a major role in keeping seawater clean. These animals act like tiny filters, taking in dirty water and removing harmful carbon pollution from the atmosphere.

Usually, green crabs are too small to eat on their own, which means there isn’t much incentive for fishermen to catch them. That’s where Tamworth comes in.

“So, how do you control an invasive species? Well, if you can’t beat ‘em, might as well eat ‘em! Or in our case, DRINK ‘EM!” the company wrote on its website.

Crab Trapper is made by steeping the whiskey in a mixture made of green crabs, corn, and a spice blend, which the company says is “best likened to a Low Country Boil.” The resulting flavor, Robinson said, has a mysterious “funkiness” to it.

“I’ve watched a lot of people go from revulsion to getting kind of turned on their heads when they finally do get to try it,” Robinson said.

Tamworth announced the new whiskey on Instagram, where the concept drew plenty of praise.

“This is how we deal with invasive species!” one commenter wrote. “We need to do [this] with the Zebra Mussels in the Great Lakes!!! Amazing.”

“Looking forward to trying this!” another user wrote. “What a great idea.”

“I am amazed by this,” another agreed.
Crab Trapper is available on Tamworth’s website and at its tasting room while supplies last.