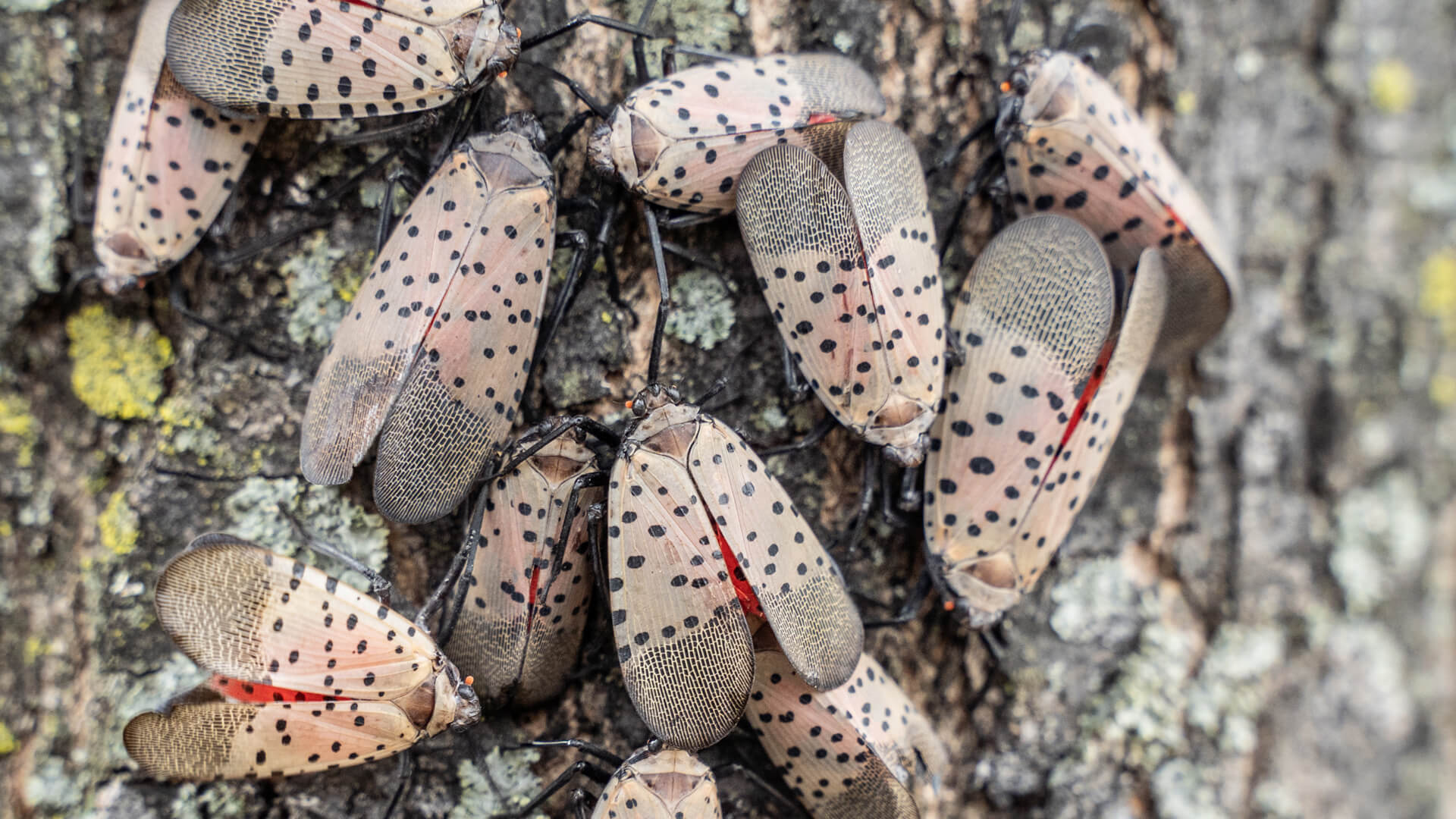 Invasive species are a nuisance –– they come into an inhabited area, use up resources that aren’t theirs, and disrupt the relationships between native plants, animals, and their environments.

You can think of invasive species as ecological homewreckers.

Jokes aside, an invasive species is an organism that’s introduced to a foreign area by human activity and causes harm to the environment, economy, or human health.

Examples in the U.S. include aquatic organisms like zebra mussels in the Great Lakes, which filter out algae that native species need for food; plants like fast-growing vine kudzu, which chokes and kills native plants throughout the South; insects like the spotted lanternfly, which destroys crops in the Northeast; and animals like feral swine, which can pose danger to humans and native wildlife and also spread disease.

What makes a species invasive?

Not all foreign species introduced to an environment become invasive species.

Introduced species must have traits that allow them to reproduce quickly, easily adapt to a new location, and outcompete native species to become invasive.

A species can be classified as invasive when it’s introduced to a foreign area by human action and negatively impacts the local environment, human health, or economy.

Many invasive species are brought to a new area by accident — spotted lanternflies are known to hitchhike — while others get introduced to control pest populations or as ornaments.

From their introduction, these species will quickly populate or spread in the new territory with little interference from a natural predator, outcompete native species, and cause chaos.

So far, we have mentioned that these predatory species harm the environment, the economy, and human health. But what does that mean, exactly?

Invasive species can overuse resources and destroy habitats, causing native populations to decline or even go extinct. Ecosystems are delicately balanced –– when one plant or animal is harmed, it can endanger the rest of the environment.

Invasive species are a heavy burden on any economy –– they can ravage crops, harm public utility operations, threaten livestock and fish, and more. In the U.S. alone, they cost us almost $20 billion yearly in resource damage and management.

Invasive feral swine (wild pigs), for example, cause close to $2 billion or more in damages annually.

For individuals, property damages caused by invasive species can end up costing an arm and a leg.

And invasive species don’t stop the havoc-wreaking there. They can carry and transmit diseases and parasites, threatening and harming humans beyond finances.

The Asian tiger mosquito, an invasive species that entered the United States in shipments of used tires from northern Asia in the mid-1980s, can carry many diseases, such as the West Nile virus.