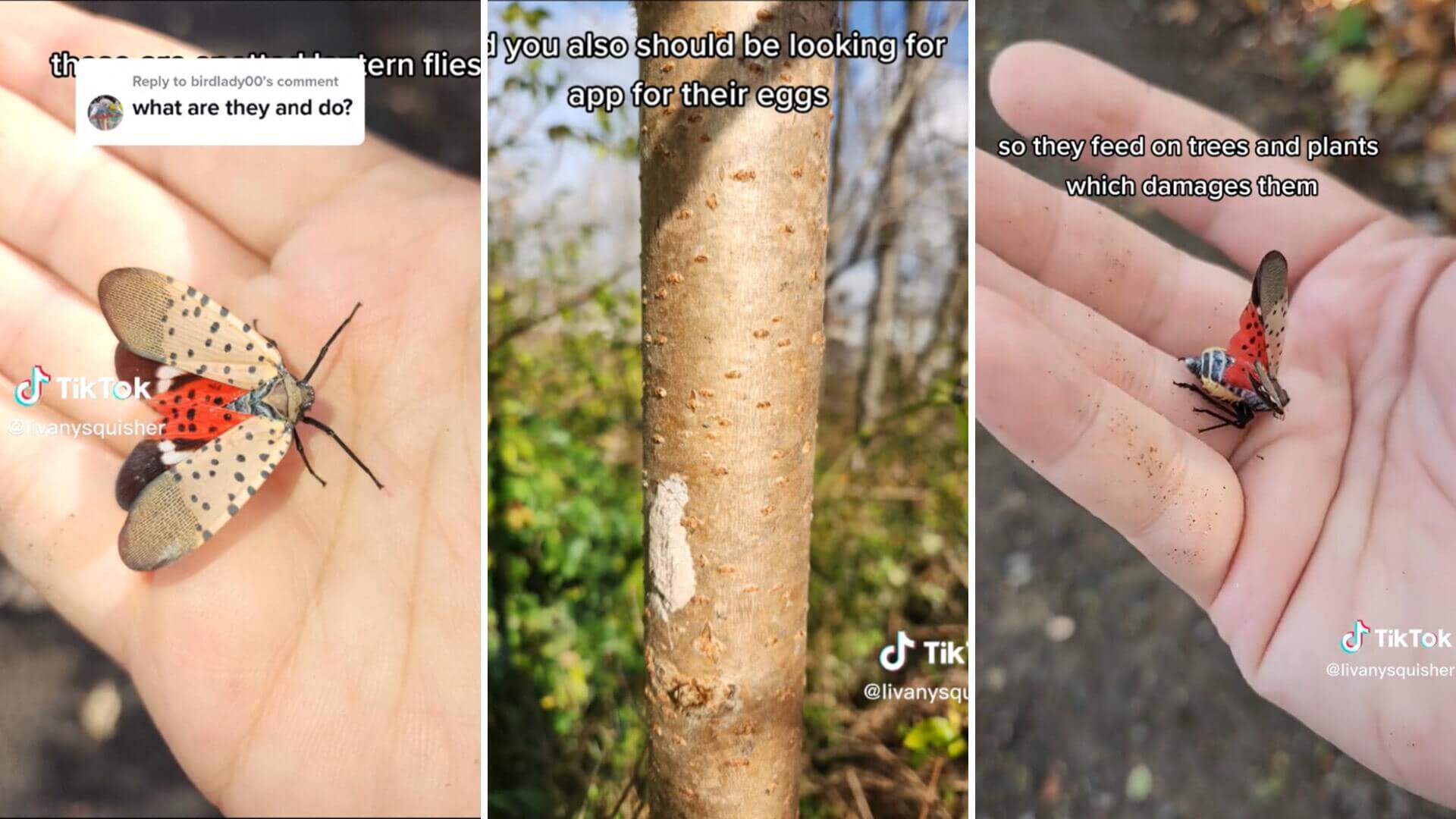 Liv Volker is taking on one of the peskiest insects in America — the spotted lanternfly — and teaching people about invasive species in the process.

Volker, a Pennsylvania-based healthcare worker, has devoted her social media presence to spreading the word about managing the invasive spotted lanternfly. With more than 115,000 followers on TikTok, she’s crushing the game (and the flies).

@livanysquisher Replying to @itscatjustcat Spotted Lanternflies arrived in the USA in 2014 in PA and have been spreading. They are a danger to the environment because they don’t have natural predators. #bottletrick #lanternfly #spottedlanternfly #slf #foryou #invasivespecies #oddlysatisfyingvideo #asmr #oddlysatisfying #stranglysatifiying ♬ original sound – Liv

Spotted lanternflies, which are invasive in Volker’s home state of Pennsylvania, have been killing trees and plants since 2014. But it wasn’t until 2020, when she began to notice these bugs all around her community, that she realized she needed to take action.

“This really started because they were in my backyard,” Volker told The Cool Down. “I saw them all over my community.”

After going viral on TikTok, Volker saw the clear need for more education on the invasive insect.

She began to produce more content showing her hunting the spotted lanternfly, which is currently wreaking havoc on local ecosystems in the Northeast by killing and weakening trees.

But you don’t have to be a treehugger to care that these bugs are killing plants. Scientists at Penn State’s College of Agricultural Sciences estimated that this invasive species could cost  the state’s economy more than $320 million every single year. And if the bugs go unchecked, this figure could exceed $550 million.

“I think people need to be viewing this as an invasion,” Volker said. “We’re at war with them and we need to fight this war together.”

And Volker is exactly who we need leading the charge in this war. She estimated that she’s killed hundreds of thousands of spotted lanternflies, killing up to “a thousand a day, easy.”

“I think every single park should have a sign,” she said. “We need more billboards, more support.”

This bitter taste might be part of what’s keeping them safe. If they tasted better, animals would be more likely to feed on them, therefore managing their populations naturally. So, as Volker explains, fighting the tree-of-heaven could kill two invasives with one stone.

She has also been providing tons of tips on social media for how to get rid of the bugs, even for those too squeamish to stomp them out. Volker stressed to The Cool Down that “even if people don’t want to kill them, they can continue to spread the word.”

Luckily for these invasive bugs, Volker hopes she won’t have to lead a crusade against them forever.

“I do feel a responsibility to keep educating people [on spotted lanternflies],” she said. “But once more people are talking about it, I will probably fade out.”