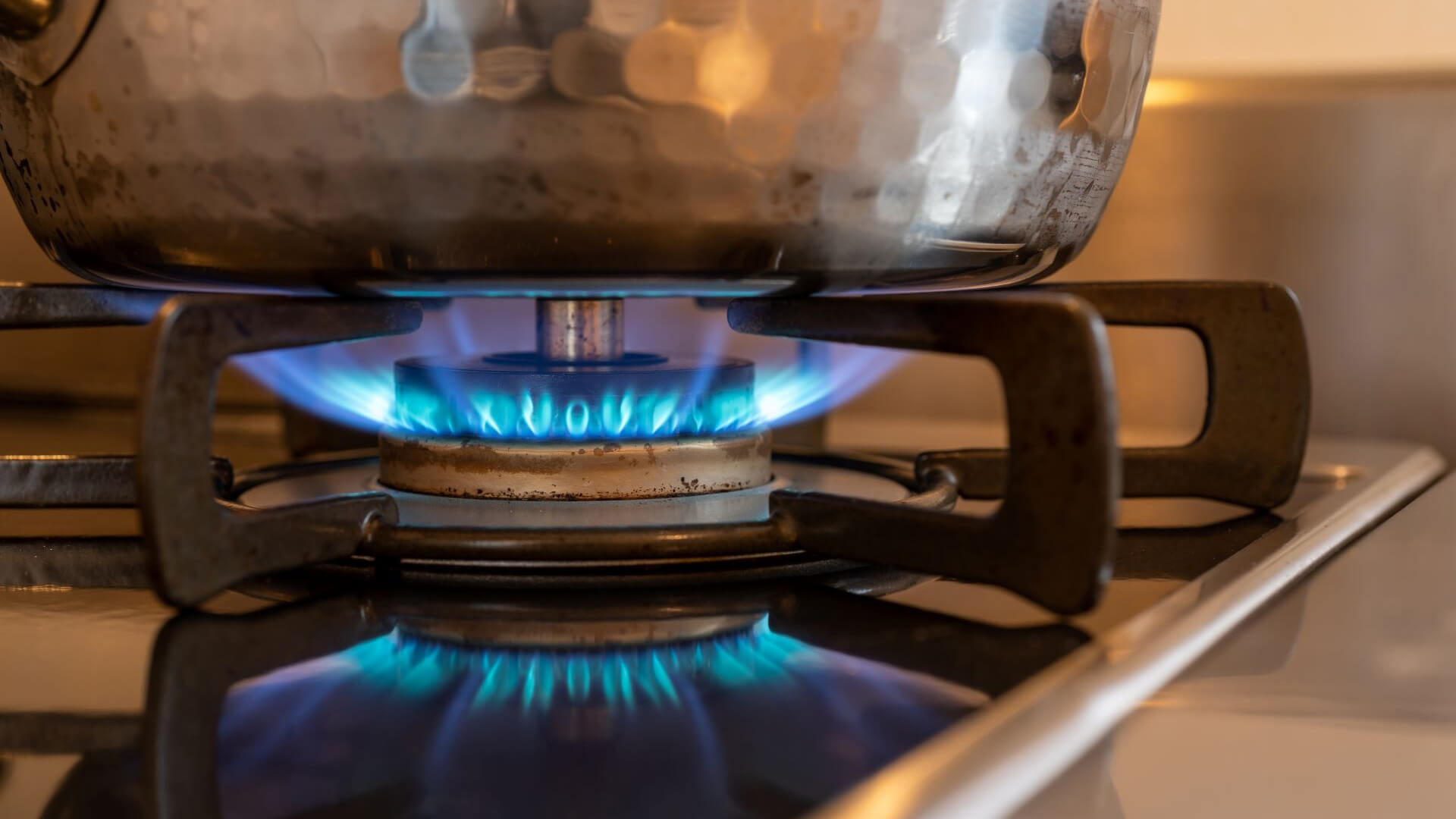 Across the United States, people, companies, and governments have made efforts to improve our air quality. But one source of bad air has gone almost unnoticed: gas stoves.

According to a landmark report out of the Rocky Mountain Institute (RMI), pollution from gas stoves is causing hundreds of thousands of American children to develop asthma.

The study shows that over one in eight kids with the respiratory condition had their asthma develop and worsen because of gas stoves. That’s about 650,000 children.

The idea that having a gas stove in your house is about as dangerous to your kids’ lung health as having a cigarette smoker in the home should raise some eyebrows.

How are gas stoves bad for lung health?

You can think about a gas stove kind of like having an open flame in your kitchen. When it’s burning, pollutants like carbon monoxide, nitrogen dioxide, formaldehyde, and small particles get into the air and then into your lungs.

If your kitchen isn’t ventilated well, this could make your air unsafe, leaving children with developing lungs especially vulnerable. Plus, even when your stove is off, it’s still leaking planet-warming methane gas.

What can be done to protect our kids’ lungs?

One of the study’s authors, Brady Seals, told Business Insider, “This [childhood lung damage] is preventable… We hope this study can raise awareness and give policymakers the data they need to do something about this issue.”

But if you’re not willing to wait for policymakers to act, there are several immediate things you can do to improve your home’s air quality and your family’s respiratory health.

The study offers two main solutions. The first is to replace your gas stove with an electric or induction stove, neither of which emits these dangerous chemicals.

Induction stoves are an especially attractive option right now as the government is providing huge savings for people willing to make the switch — up to $1,200 a year in tax credits. Besides the fact that these clean stoves are now cheaper than ever, they also cook food faster and more evenly.

For people who can’t afford the upfront cost of a new induction stove, the study provides another alternative: improving your kitchen’s ventilation.

Whether this means turning on a fan, opening a window, or perhaps most importantly, using a range hood, you can improve your air without buying a new stove. But as the RMI study notes, ventilation doesn’t fix the air pollution problem from gas stoves, it just mitigates it.

This study was published just a week before the U.S. Consumer Product Safety Commission announced it was considering a total ban on gas stoves, with Richard Trumka Jr., the agency’s commissioner, calling these stoves “hidden hazards.”

It’s not clear how much longer the U.S. will have gas stoves, but no matter what, there are steps we can take today to protect our lungs, our families, and the planet.