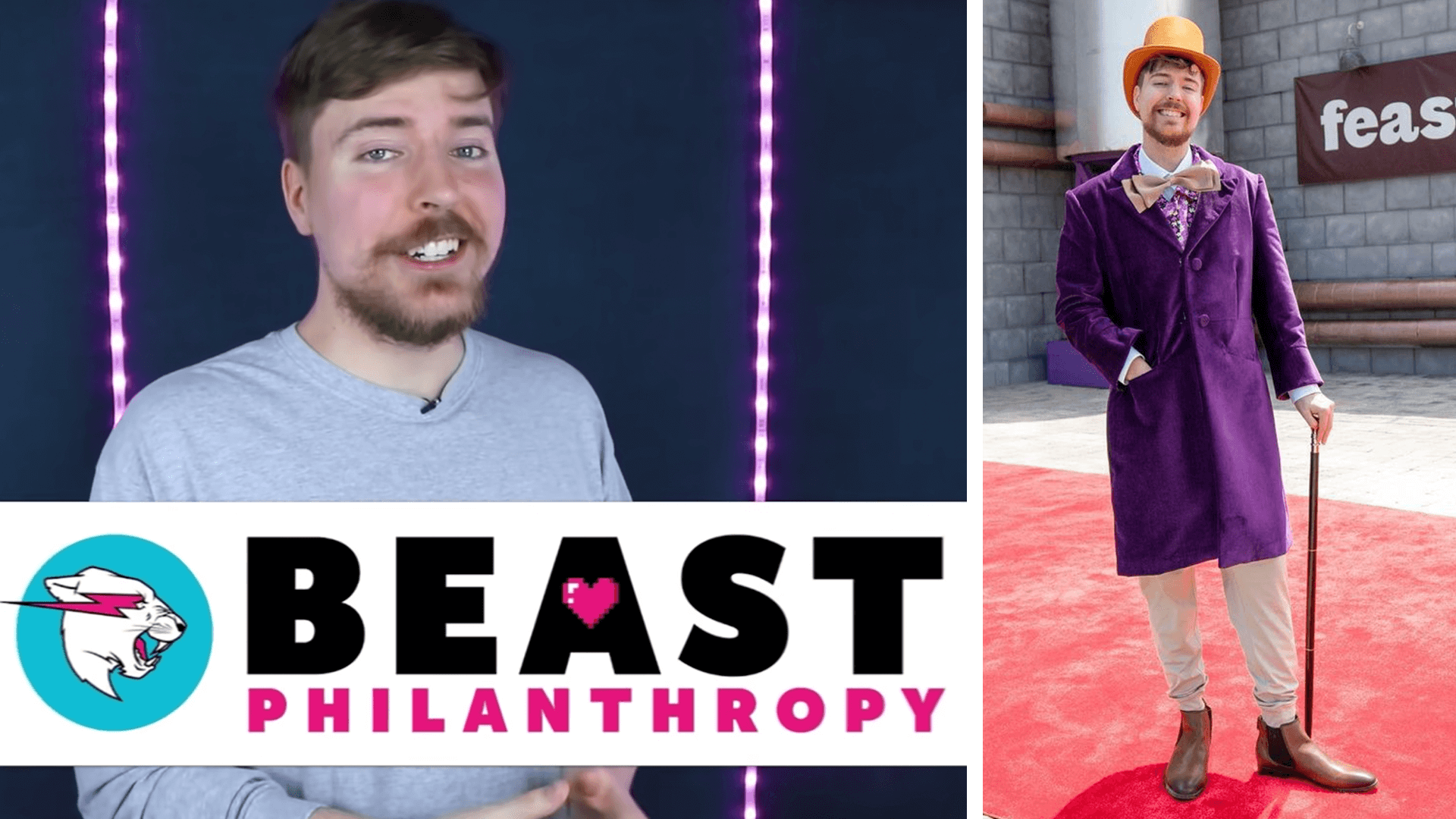 Jimmy Donaldson is the face of YouTube persona MrBeast, creating videos that feature outrageous and expensive stunts, like a recreation of the hit show “Squid Game” or his vlog documenting 50 hours in solitary confinement.

Donaldson began his YouTube channel in 2012 at the age of 13; but he didn’t have his first viral video until five years later. In 2016, he dropped out of college after a few weeks to pursue his YouTube career full-time (something his mother disapproved of).

Today, the MrBeast YouTube Channel has amassed nearly 95 million subscribers and more than 15 billion views. At only 24 years old, Donaldson has a net worth of $52 million, mostly from his online channels.

But MrBeast is different from other stunt channels on YouTube, in that many of his videos have a philanthropic purpose, giving money to charities and individuals, or highlighting environmental fundraisers.

In 2020, Donaldson created Beast Philanthropy, a charitable 501(c)3 organization that focuses on alleviating hunger, homelessness, and unemployment. That year, for Thanksgiving and Christmas, Beast Philanthropy provided more than 50,000 meals to families in need within the Eastern North Carolina community where Donaldson grew up.

But MrBeast does not just show up on holidays. Donaldson created a model for a mobile food distribution unit to ensure that he could reach and feed families year-round. The food distributed comes from the Food Bank of Central and Eastern N.C. (part of the Feeding America Network), from weekly donations from local retailer partners, and from donations by individuals and companies.

Donaldson’s philanthropy doesn’t stop at alleviating hunger. The young philanthropist extends his compassion to building a better environment. In 2019, to celebrate surpassing 20 million YouTube subscribers, MrBeast teamed up with Mark Rober for a campaign to raise money to plant 20 million trees. The fundraiser was called TeamTrees, and its purpose was to combat deforestation by planting trees, with every donated dollar equating to one planted tree.

By December 31, 2020, TeamTrees had raised $23,605,170, and donations continue to sprout up. All the money raised went directly to the Arbor Day Foundation, which plans to finish this tree planting initiative by December 2022.

With the assistance and support of the foundation and its skilled planting partners, TeamTrees is replanting in areas that need them the most, including forests laid to waste by repeated wildfires, lands subjected to decades of deforestation, and unstable coastlines that lack the protection of mangroves. These restoration efforts have been truly global, working in various public and private forests, including the Atlantic Forest of Brazil, Kijabe Forest of Kenya, Cauvery River Basin of India, Maputo Bay of Mozambique, and others.

The 23 million trees planted are estimated to absorb around 2 million pounds of harmful carbon air pollution, because trees breathe in this carbon and breathe out the oxygen that we breathe.

MrBeast and Mark Rober teamed up again to create the successor campaign to TeamTrees, appropriately named TeamSeas. In October 2021, they set out to raise $30 million to remove 30 million pounds of debris from oceans, rivers, and beaches.

The campaign has been a wild success: TeamSeas, in collaboration with the Ocean Conservancy and the Ocean Cleanup, has removed more than 32 million pounds of trash from waterways around the world to date. That’s enough trash to fill 85 football fields to a depth of one foot.

The cleanup, which is still ongoing, focuses on “ghost gear,” the name for fishing equipment that’s been lost, abandoned, or discarded within waters. This trash is dangerous to marine life because organisms can eat or get stuck in this trash, and the debris can ruin their habitats.

Once collected, the debris gets sorted into recyclables and nonrecyclables. Nonrecyclable trash gets properly disposed of at locally regulated disposal sites. Donaldson and Rober have encouraged fans to organize in their local communities to form coastal and roadside cleanup crews — something we can all do.

Beast Philanthropy continues to spread goodness beyond the forests and oceans by reducing food waste, feeding communities, and even starting a sustainable chocolate brand. (Food waste threatens our planet because landfills are overflowing, and rotting food produces harmful methane pollution.)

Launched in January of this year, Feastables is the newest addition to Beast Philanthropy. This chocolate bar brand features five different bars, all certified by the Rainforest Alliance, which means that the harvesting of ingredients and production of the bars meets the organization’s standards for supporting social, economic, and environmental efforts. Feastables bars come in recyclable cardboard, and the company partners with TerraCycle to recycle the wrappers.

Donaldson, who has experience with dietary restrictions due to Crohn’s Disease, started Feastables to provide people with delicious treats made from trusted ingredients.

And as with other Beast Philanthropy endeavors, Feastables puts its earnings towards helping others.

MrBeast saw the power of his influence and used it to popularize kindness toward both people and the planet. In collaboration with his fans, Donaldson has raised more than $50 million for cleaning and restoring the Earth through TeamSeas and TeamTrees.

Participating in fundraisers like these, which work alongside environmental organizations, is one of the easiest ways to help the planet. And you can raise funds for these organizations, too, whether in a classroom or amongst friends, or even by yourself. No matter how big or small our platforms, we can all use our influence to make positive changes for those around us and for the Earth.