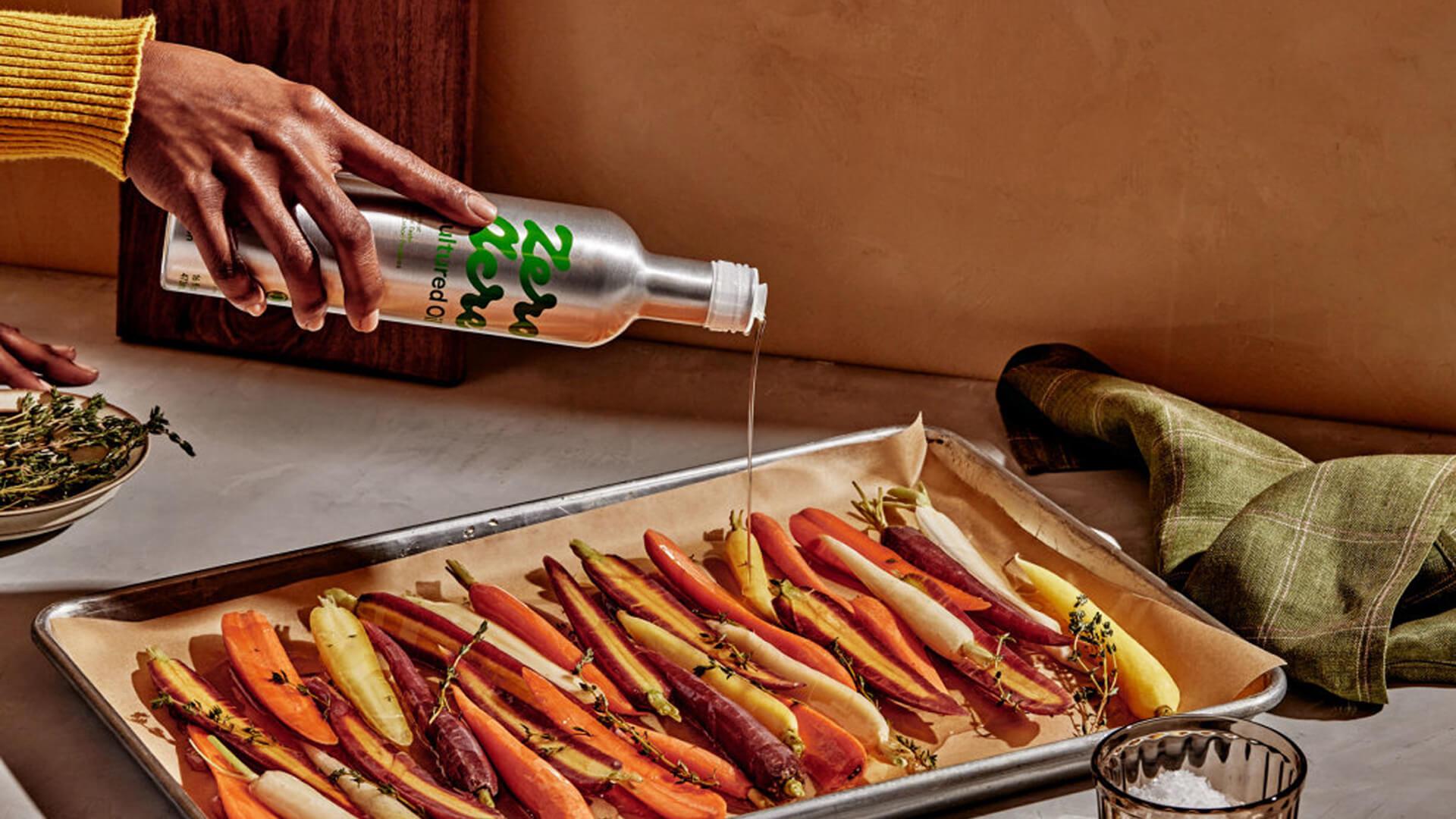 From snacks to sauces to fast food and everything in between, cooking oil is inescapable. We use it every day when we cook at home, and almost all processed foods contain some version of it.

The production of cooking oils, such as palm oil and vegetable oils, has a massively negative impact on the planet. A new company called Zero Acre Farms seeks to change that.

Zero Acre Farms is revolutionizing the cooking oil industry with a new sustainable alternative to traditional cooking oils. Rather than producing its oils via conventional processes, like pressing olives or palms to release their oils, Zero Acre makes its product with living microorganism cultures.

Zero Acre’s production process begins with an oil culture –– a community of microorganisms that trigger a chemical reaction, like those used to create alcohol, yogurt, or sourdough. The culture is fed non-GMO sugar, which the microorganisms ferment into healthy fats. The culture is then pressed to release its oils without the need for the harmful chemical solvents that comparable cooking oils use.

Co-founder and CEO Jeff Nobbs explains the process succinctly: “It’s like making beer but instead of producing ethanol, the microbes produce oil and fat — and a lot of it.”

The company claims its production process has an environmental impact 10 times smaller than that of vegetable oil.

Traditional cooking oils like palm oil and vegetable oil require a substantial amount of land for production –– over 300 million hectares worldwide, comparable to the size of India –– which consequently leads to widespread deforestation to clear land for agriculture. Zero Acre, meanwhile, produces its oil using 85% less land than canola oil and 99% less water than olive oil, according to the brand’s website.

Additionally, cooking oil spills near production facilities have been known to kill surrounding wildlife. Recent scientific studies have highlighted the need for improved sustainability in the cooking oil industry.

A 2020 study by the International Union for Conservation of Nature outlines the negative environmental impact of cooking oil production.

“When you replace a complex tropical forest with a single-species plantation, there are bound to be negative consequences on biodiversity, the climate, and local communities’ health and wellbeing, regardless of the crop planted,” explains Erik Meijaard, the lead author of the study and Chair of the IUCN Oil Palm Task Force.

The company’s cultured oil is now available for purchase on its website.