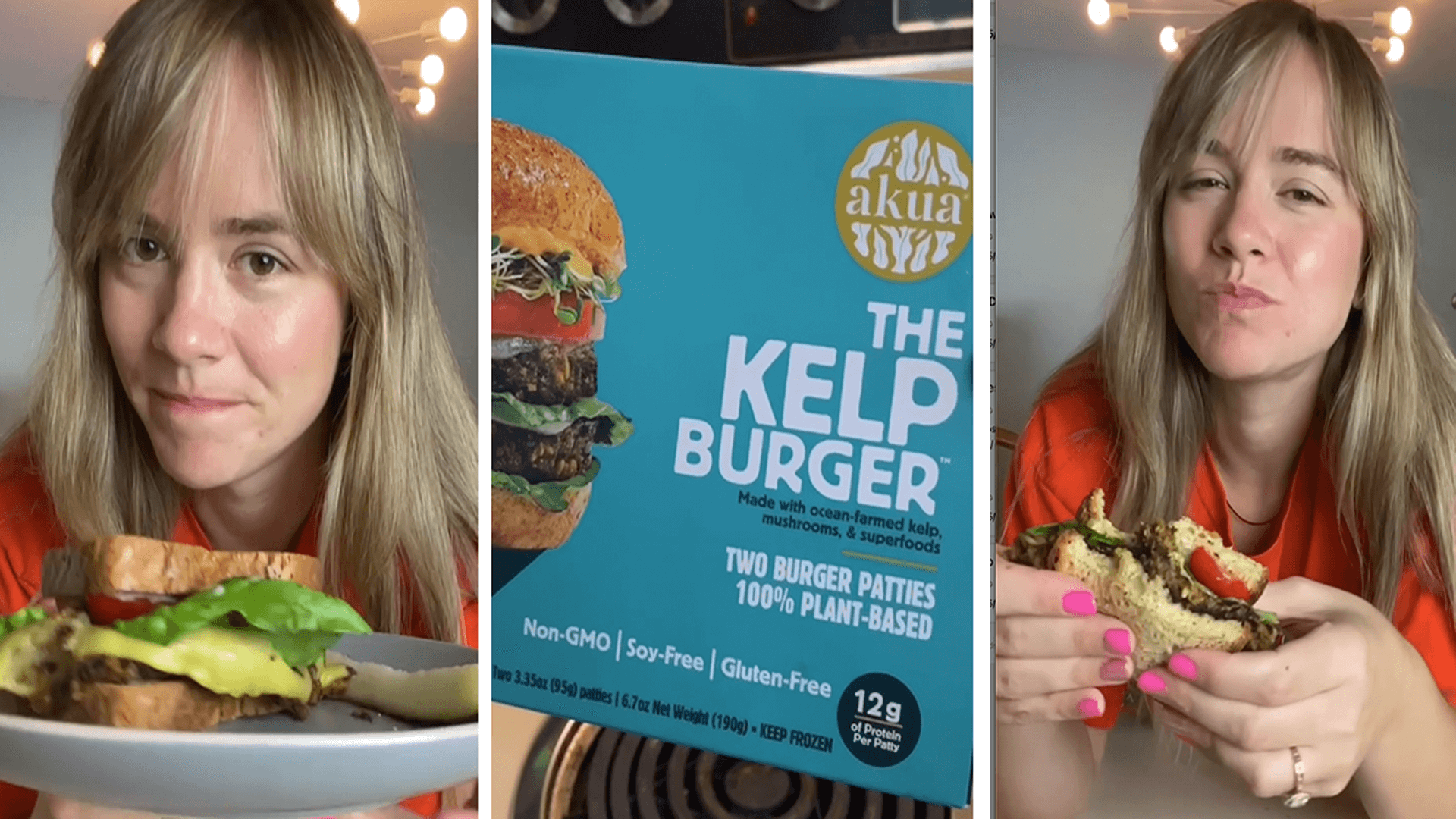 I recently tried Akua’s Kelp Burger for the first time and was quite impressed by the taste, texture, and ease of cooking. The simple, minimally processed ingredients and lack of fillers — along with kelp’s health benefits — added some bonus points in my book.

Plus, the company has some great sustainable practices to feel good about.

My preferred veggie burger has always been the black bean and veggie patty, as opposed to the more processed type of meatless burgers that are meant to look and taste more like actual beef. I do occasionally indulge in the “real thing” when I really want it, but I generally eat veggie burgers for the nutritional benefits, like higher fiber content.

Sadly, a lot of veggie patties can be just plain mushy. On the flip side, if you cook them long enough to be a little crunchier on the outside, they can end up dry in the middle and crumble to bits upon taking your first bite. Akua’s kelp burger is different.

After a quick 30-second thaw in the microwave and then frying in a pan on high for three minutes per side, my previously frozen kelp burger was — dare I say it — perfect. The outside developed a nice blackened crust, much like an expertly cooked beef burger, but the patty was in no way dried out or burned.

It was just right, soft but not mushy inside, a tiny bit crispy on the outer edges, and no crumbling. As for taste, it was better than almost any veggie burger I’ve had. It did not taste like seaweed or “oceany,” but the savory saltiness of the kelp added a real umami flavor, kind of similar to mushrooms. It paired exceptionally well with a slice of Field Roast vegan cheese.

Kelp gives this burger 7% of your daily Omega-3’s and a good amount of vitamins and minerals, while its other ingredients are minimal and recognizable.

As a person who is sensitive to almost everything she eats, I should also mention I felt great after eating this burger and could have easily had a second one. I also felt good about supporting the company, knowing that the kelp is harvested in a way that benefits the ocean ecosystem where it grows.

If it’s time to try a new kind of burger, I highly recommend this one.