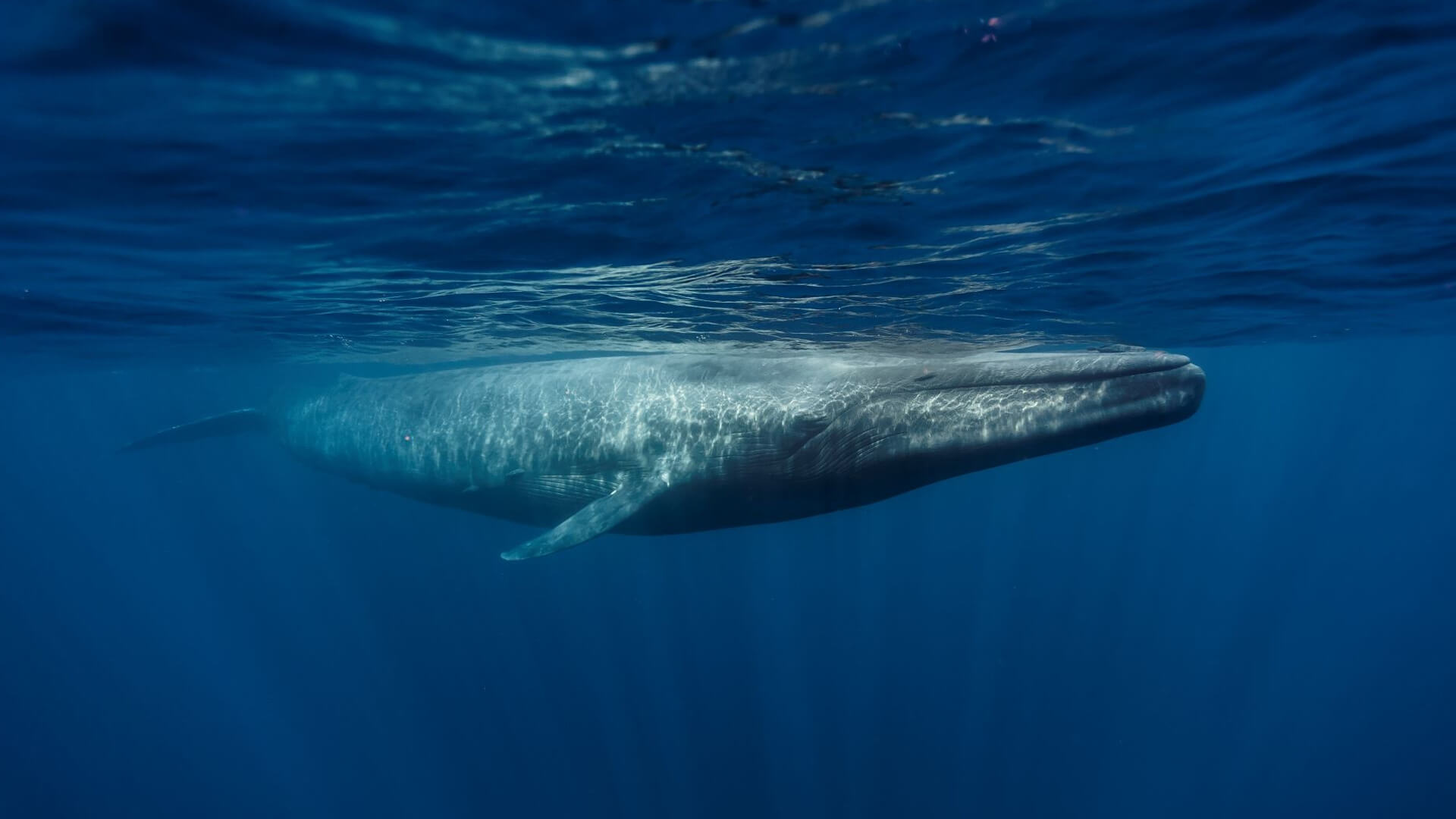 Researchers from Stanford University published a new study on blue, fin, and humpback whales that found that some species of whales are ingesting as many as 10 million pieces of microplastic each day. That massive number — much more than previously thought — comes solely from the food they eat, not the water they gulp in.

Microplastics are small pieces of plastic that can come from shedding fibers of synthetic textiles, the breakdown of larger plastic pieces, or the escape of nurdles from cargo ships.

Using an analysis of ocean plastic pollution and tracked foraging behavior of whales, researchers found that the world’s largest animal ingests the most plastic.

The three whale species in the study typically feed hundreds of feet below the surface, the same depth with the highest concentration of microplastics.

In a single gulp, a blue whale can take in more than 20,000 gallons of water and almost 800 pounds of krill in some prey-dense ocean areas.

These whales aren’t ingesting microplastics from the water, but rather through the krill they eat. As the study’s co-author Matthew Savoca said in a press release, “the krill eat the plastic, and then the whale eats the krill.”

The research estimates that humpback whales that eat predominantly small fish instead of krill consume the least amount of microplastics daily, at around 200,000 pieces. Fin whales (which feed mainly on krill) eat between 3 to 10 million pieces of microplastic daily.

The study’s authors also expressed concerns that the microplastic-heavy krill may become less fatty or meaty and, as a result, provide fewer calories for whales.

“If patches are dense with prey but not nutritious, that is a waste of their time, because they’ve eaten something that is essentially garbage. It’s like training for a marathon and eating only jelly beans,” lead study author Shirel Kahane-Rapport said in a press release.

Seemingly slight disruptions in marine ecosystems, like lower-calorie krill, can have massive impacts on our oceans and global fishing industries.

Several marine organisms ingest microplastics. But Savoca said that “the unique concern for whales is that they can consume so much.”

As this is a relatively new area of study, it’s not yet possible to fully conclude how microplastics are affecting these giant mammals.

“It could be scratching the linings of their stomach. It could be absorbed into the bloodstream, or it could all pass through the animal. We don’t know yet,” Kahane-Rapport added.