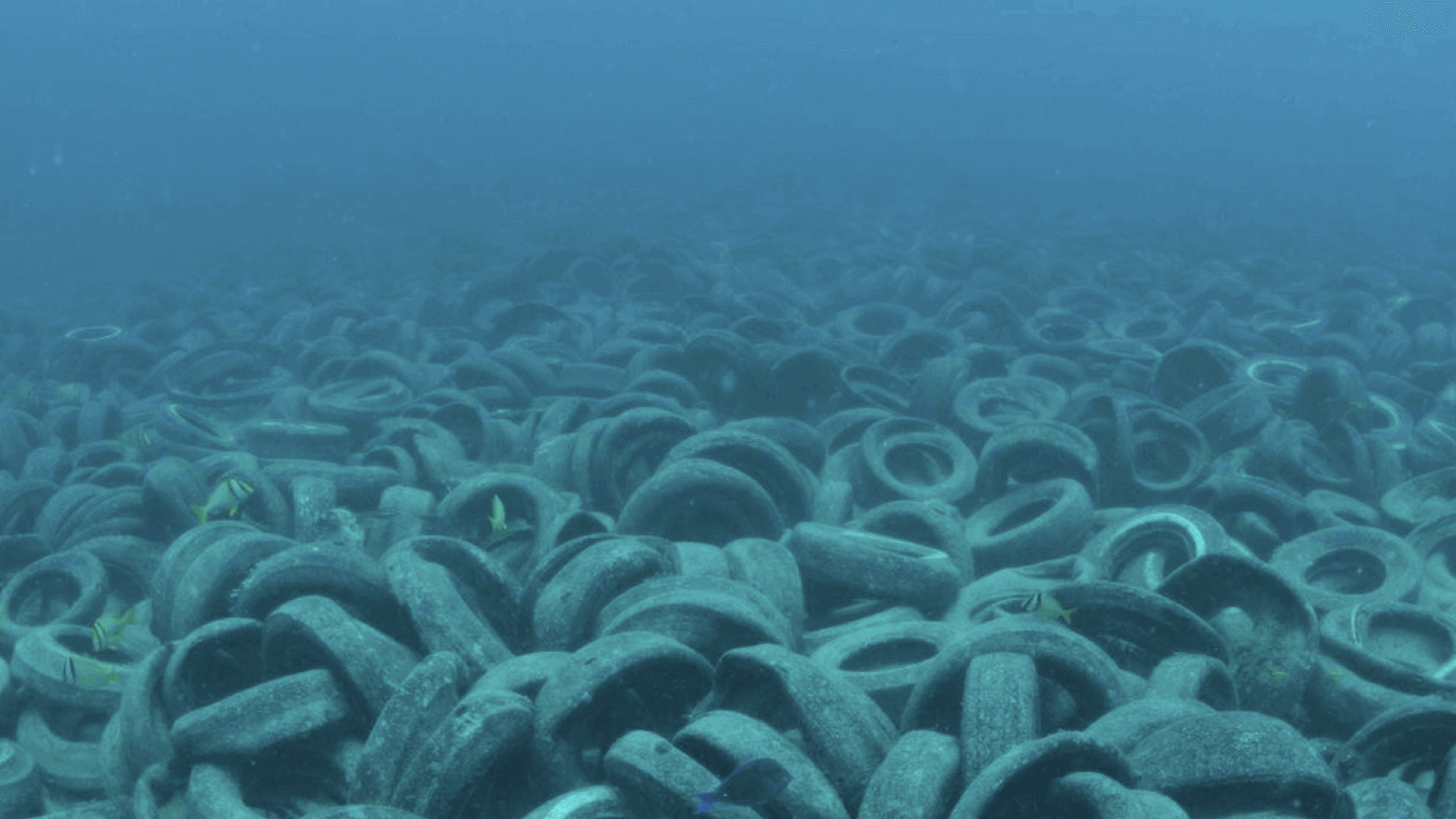 The Osborne Reef is an artificial reef project situated off the coast of Fort Lauderdale, Florida. It was one of many attempts in the 1970s and 80s to mimic the environmental benefits of coral reefs using old tires, but it has become an environmental disaster.

In the years since, several groups — including the U.S. military — have attempted to clean it up.

Where did the Osborne Reef come from?

In the 1970s, a local nonprofit created the Osborne Reef by dropping more than two million tires into Florida’s coastal waters in an attempt to create an environment where marine life would thrive.

The project generated a lot of buzz. It was approved by the U.S. Army Corps of Engineers, and the dumping operation was supervised by a U.S. Navy minesweeper. Goodyear, which provided many of the tires, even christened the reef by dropping a gold-plated tire into the ocean from the Goodyear Blimp.

In the years to follow, many of the tires — which were held together only with nylon rope and steel clips — came loose, making the “reef” useless as a habitat and, in some cases, damaging real coral reefs nearby.

What’s going on with the Osborne Reef now?

Over the past two decades, groups both public and private have launched programs to remove the remaining Osborne Reef tires from the ocean.

Now, the company 4ocean is making the Osborne Reef cleanup one of its core missions.

“Ultimately, the well-intentioned project failed,” 4ocean wrote in an Instagram post sharing eerie photos of the reef. “And now 4ocean is stepping in to clean them up!”

“This operation is an uphill battle,” the organization continued. “While there’s been much cleanup progress since the first photo was captured, there’s still over 500,000 tires left sitting at the bottom of the ocean. We definitely have a lot of work to do.”

To fund its cleanup efforts, 4ocean is even selling jewelry made from tires pulled from the seafloor.

The Florida Department of Environmental Protection continues to monitor the situation as well, through its Osborne Reef Waste Tire Removal Project.

Could this cleanup be a model for future efforts?

4ocean’s sustainable, circular model of selling products made from salvaged debris in order to fund further cleanup efforts could provide a blueprint for the treatment of other failed artificial reefs, from Malaysia to France.

The company notes that many of the tires it finds are beyond any recycling use, but it takes those tires to Florida’s Solid Waste Authority, “one of the most advanced, efficient, and [low-pollution] waste management facilities in the United States.”

According to its website, 4ocean’s ultimate goal “is to partner with organizations that can help us recycle these scrap tires on a massive scale so we can use more of this material to create new products that fund this historic cleanup operation and advance our mission to end the ocean plastic crisis.”