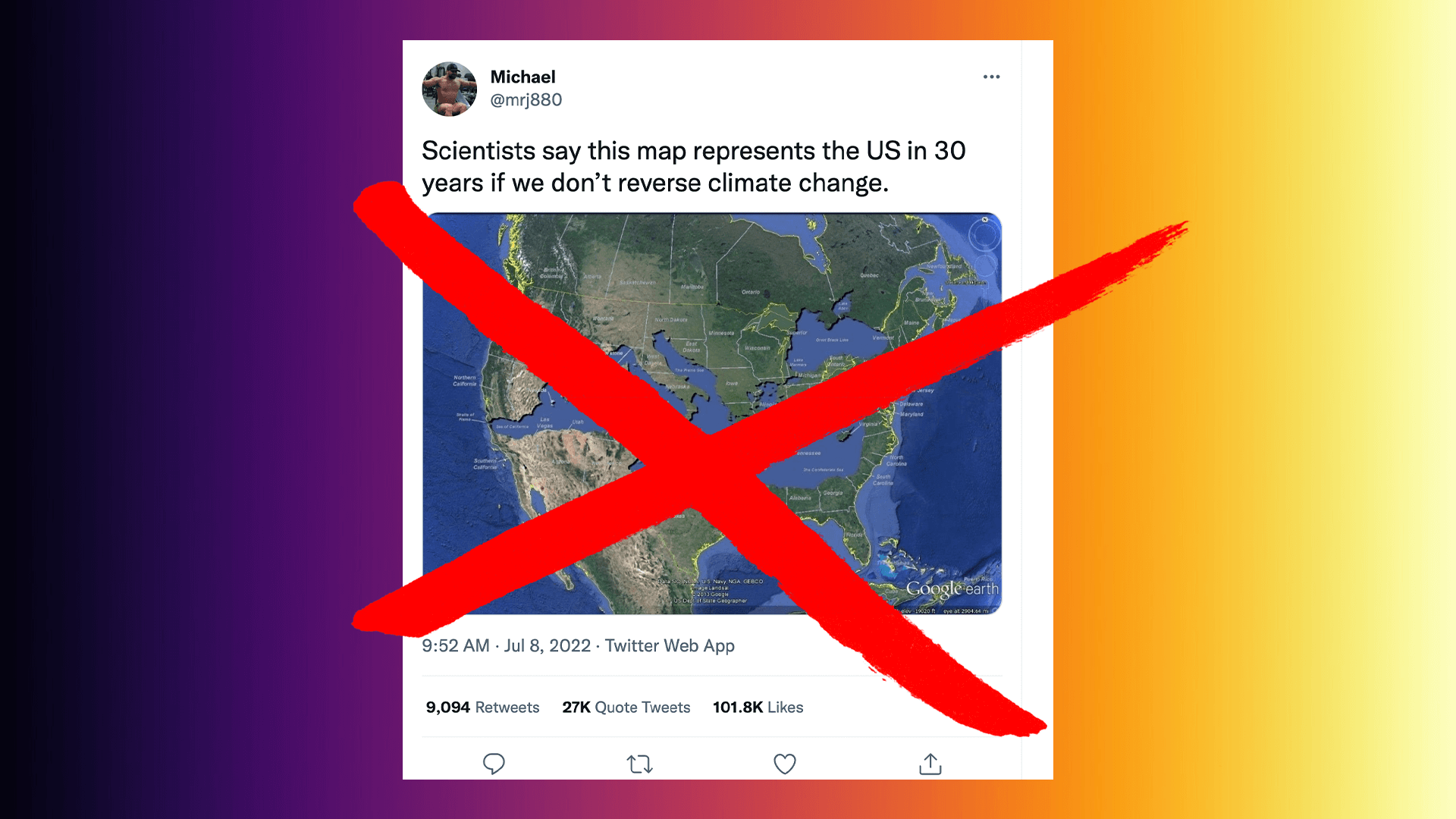 Sea level rise is and will continue to be bad. But Tennessee isn’t going to be under the sea in 30 years. One misleading map, showing much of the United States underwater as a result of the overheating of our planet, is circulating on social media, despite having no basis in reality.

The map was actually created as a size comparison to show what the Mediterranean Sea would look like if it were entirely within the borders of the U.S., the Associated Press reports.

And while this goofy map has no factual basis, it has been shared and reposted on social media an unbelievable number of times. One tweet claiming the warming planet will cause much of the central U.S. to be underwater by 2050 has been liked more than 100,000 times and was reshared more than 36,000 times.

While this is certainly not enough to put half the country underwater, it is still extremely serious, endangering our neighbors and families in coastal communities and crushing businesses and infrastructure. Moderate flooding near the coasts could increase tenfold globally due to sea level rise, putting up to one billion people at risk of flooding.

Besides directly preparing yourself, your family, and your home for sea level rise, there are other things you can do. Making the most simple choices — like choosing chicken over beef even just once a day, or swapping plastic-laden laundry detergents for plastic-free options that are better for your skin and the planet — can lessen the amount of planet-heating gases that cause sea level rise and extreme weather events that harm our communities.

Together we can work to reduce our collective impact.