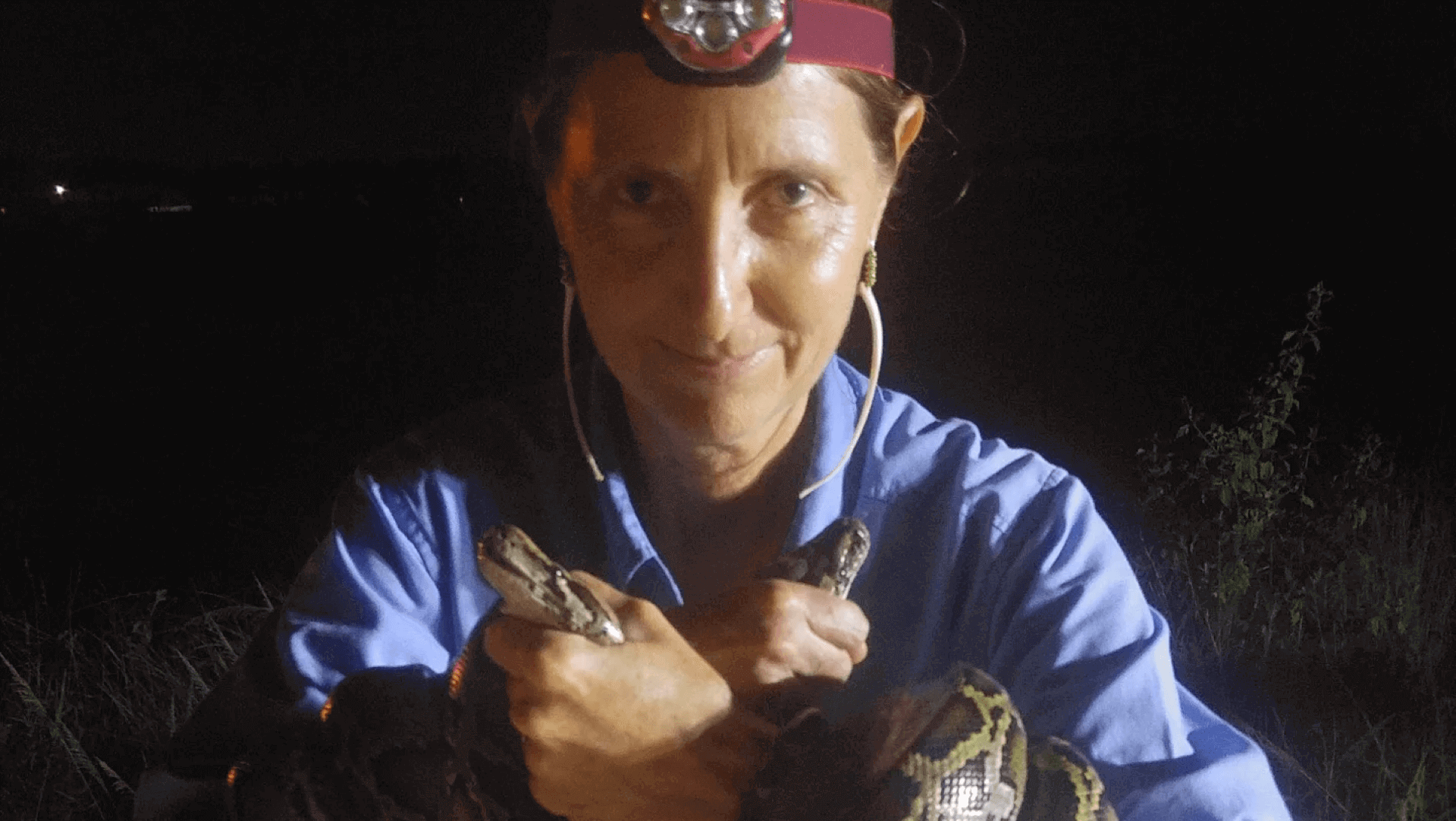 After seeing photos of an alligator that escaped from a 13-foot python’s stomach, real estate agent Donna Kalil decided to make a drastic career change.

Kalil now leads the Everglades Avenger Team, which hunts the invasive pythons that eat almost anything in south Florida — even its most dangerous species.

Invasive species can destroy native food sources and decrease the natural diversity of species in an ecosystem.

In the Florida Everglades, Burmese pythons have no natural predators and a near-endless food supply. The pythons, which are originally from Southeast Asia, have devastated animal populations in the area, indiscriminately hunting mammals, amphibians, and reptiles.

“They were eating everything,” Kalil told the Los Angeles Times. “They were destroying this beautiful, wonderful place.”

Kalil, who is 60, is one of 100 contractors commissioned by the South Florida Water Management District and the Florida Fish and Wildlife Conservation Commission.

Experts believe Burmese pythons first came to the Everglades through the exotic pet trade. Although the exact number of pythons living in south Florida is unknown (estimates range from 100,000 to over a million), contractors have managed to kill about 9,000 snakes since 2017.

Donna Kalil and her team report for duty at sundown, working through the night to hunt the snakes, which hide from the Florida heat in the daytime. While poaching is banned inside Everglades National Park, contractors seek the deadly pythons outside the park using a system of roads and canals.

Kalil is one of Florida’s successful contractors — as of September 2022, she’d caught 694 snakes. Although she told the Los Angeles Times that her team hunts solely to save native species and does not revel in killing snakes or collecting trophies.

While most people cannot join Kalil on a hunting expedition, the best way to help the cause is to report python sightings to local authorities immediately and not release any pets into the wild.

In the meantime, Kalil will continue her mission to rid the Everglades of pythons.

“The impact that these invasive animals are having on our wildlife is astounding and every one we eliminate from our natural ecosystem is a step in the right direction,” she writes on her website.