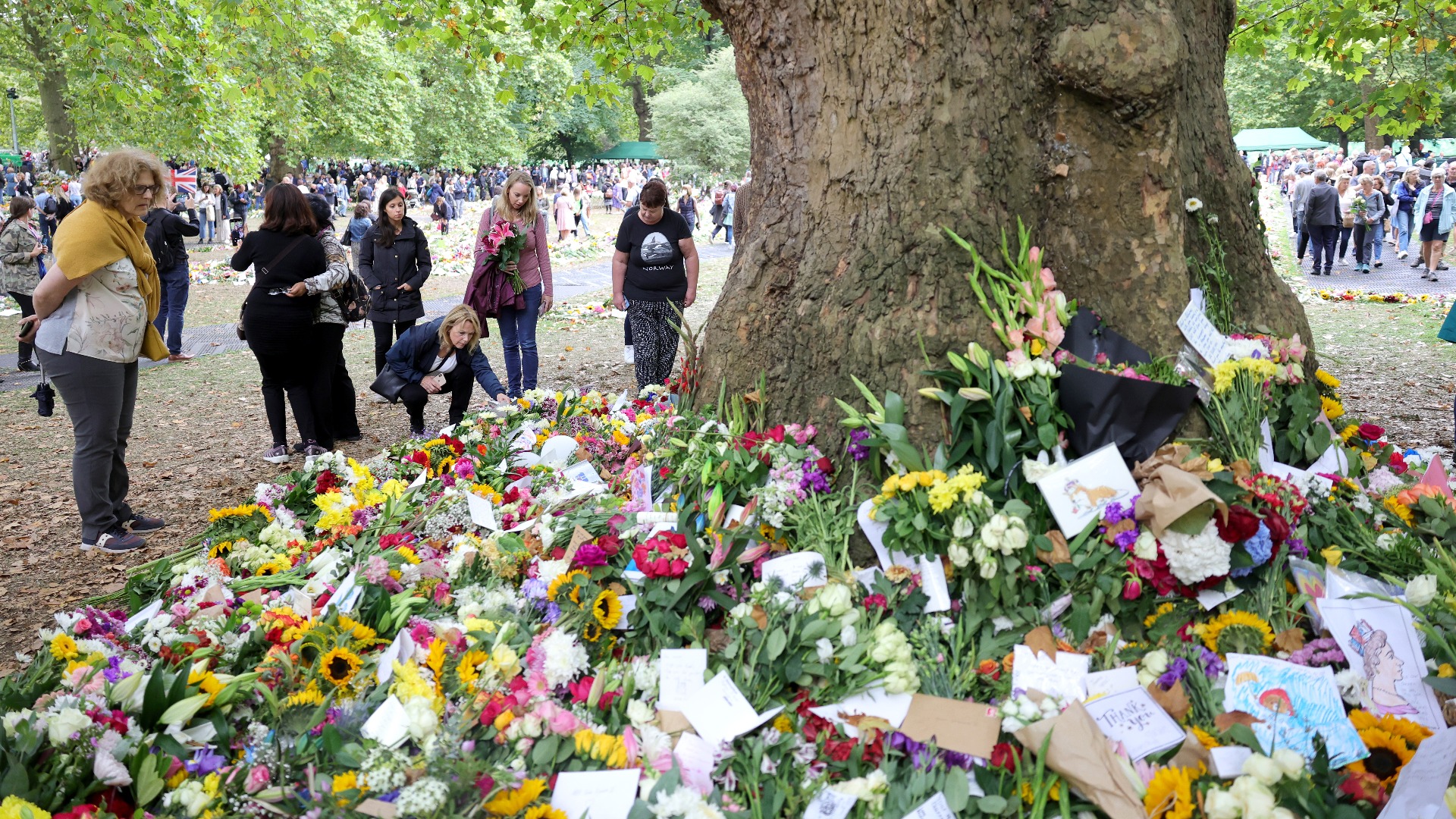 In London, mourners are flocking to the parks around Buckingham Palace, leaving “floral tributes” to Queen Elizabeth II.

The Queen died on Sept. 8, and the U.K. is currently in a national state of mourning. During these periods, the royal family has often encouraged mourners to leave flowers at sites of significance to the deceased person — as they did following Princess Diana’s death in 1997.

Londoners are placing these floral tributes in sections of Hyde Park and The Green Park, two of the parks closest to Buckingham Palace.

But what happens to these flowers when the mourning period is over? That question earned new relevance thanks to videos from Twitter users like Rachel Kemp (@Rachelekemp). In a clip posted on Sept. 11, Kemp showed dozens of mourners working together to remove the plastic wrapping from the thousands of bouquets strewn across the parks.

@BBCNews I don’t know if the cameras witnessed it but people joined together this morning to remove the wrappers from the flowers. I joined it – it was marvellous to feel we’d done a tiny bit to help. pic.twitter.com/PdpTxaEq2q

The video raised concerns about the floral tributes’ environmental impact. Flowers are often wrapped in cellophane — which can biodegrade on its own in a few months — but many bouquets also contain cards, ribbons, and other materials that may not break down as easily.

This is why Kemp and so many others worked to maintain the flowers’ beauty while also preserving their city’s parks.

“People joined together this morning to remove the wrappers from the flowers,” Kemp wrote in her post. “I joined it – it was marvelous to feel we’d done a tiny bit to help.”

According to The Royal Parks, a charity that oversees the royal tribute gardens, the flowers will be monitored throughout the mourning period. Officials will work together to move misplaced flowers to the correct section of the park, before ultimately removing them.

The charity says it plans to move all floral tributes to the Hyde Park nursery, where workers will remove any plastic and other materials from the arrangements. The decomposing flowers will be composted and used in shrubbery across all eight of the Royal Parks’ greeneries.
As House Beautiful notes, there are similar mourning locations across the U.K., including in Edinburgh, Cardiff, and near the royal estates at Balmoral and Windsor. It’s unclear if mourners in those locations have engaged in similar cleanup efforts.