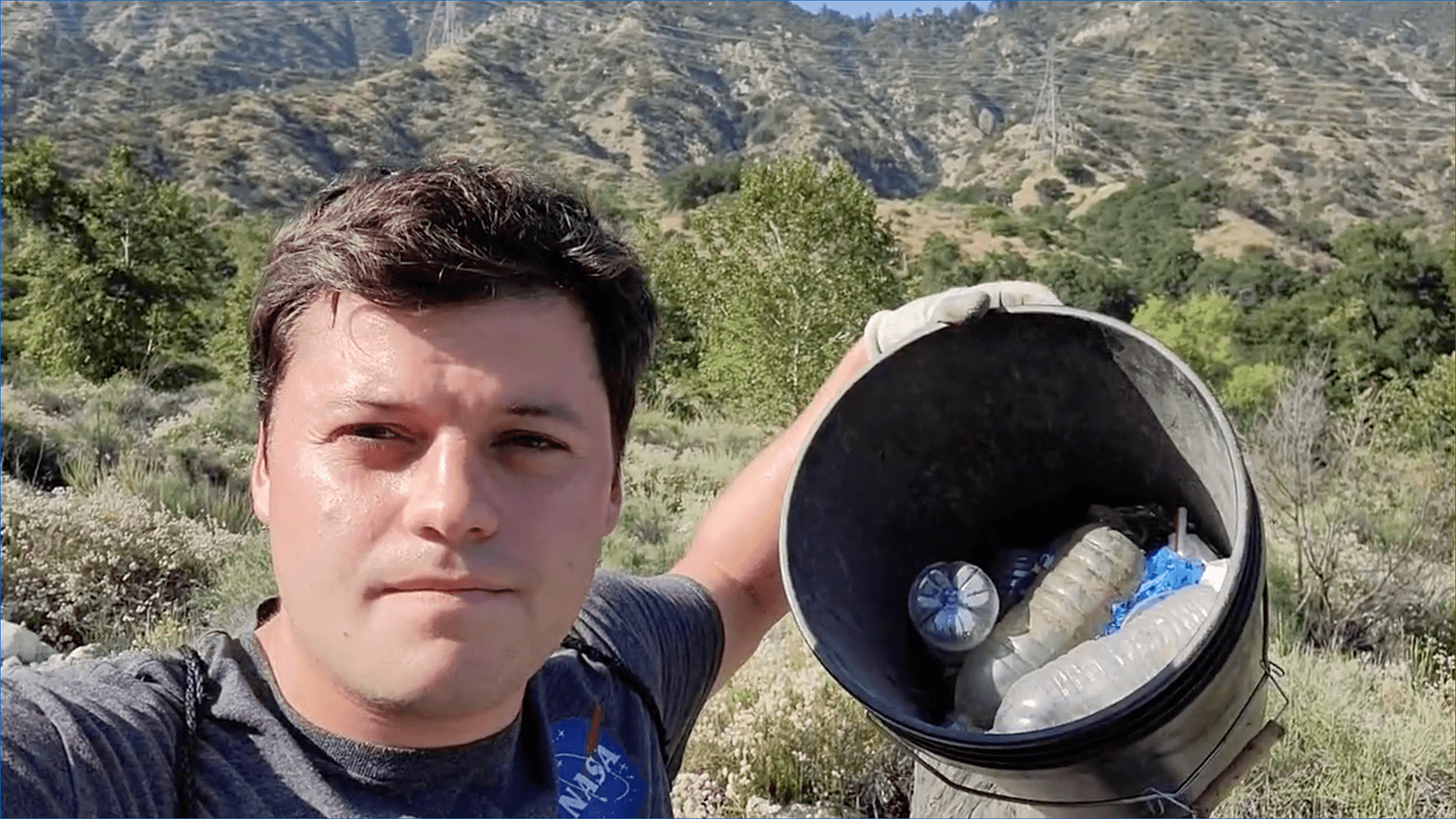 The internet has taken notice of 21-year-old Edgar McGregor, a student who single-handedly cleaned up a park by hiking and picking up trash for hundreds of days in a row.

Reddit users shared and upvoted the story thousands of times in the r/MadeMeSmile subreddit, commenting on his dedication to the cause.

It all started one day in 2019, when McGregor noticed the trash piling up on his favorite hiking trail, and he decided that he could make a difference. McGregor committed to hiking every single day, taking buckets along with him to fill up with all the trash and recycling he found along the way.

McGregor, who is studying climatology at San Jose State University, started documenting his progress on Twitter with the hashtag #earthcleanup for people to follow along and join in. On Twitter, McGregor shows how much trash he’s picked up each day and any interesting finds he comes across. He told ABC News that he estimates he’s picked up around 15,000 lbs of trash so far, and he’s still at it more than two years later.

McGregor started his trash pickup hikes in Eaton Canyon in Pasadena, California, one of the most popular hiking spots near Los Angeles. Visitors like him come to the canyon to escape the city and enjoy peaceful streams, waterfalls, mountains, and wildlife sightings. But as anyone who’s hiked a go-to trail near a major city knows, all that foot traffic means the chances of finding litter are high.

If you’re wondering what McGregor does with all the junk he picks up, he either responsibly throws it away, recycles it, or returns the cans and bottles for money he donates to environmental charities.

After 589 days of hiking and trash picking, when he felt he’d completely cleaned Eaton Canyon that day, McGregor was even congratulated by the teenage climate queen herself, Greta Thurnberg.

After **589** days of picking up trash every single day, I can say with confidence that Eaton Canyon, one of Los Angeles’s most popular hiking trail, is now free of municipal waste!

As impressive as 589 continuous days sounds, that’s not where this story ends. Knowing the trash wouldn’t stop appearing, McGregor has continued picking it up in Eaton Canyon, as well as other parks. He now has well over 1,000 days under his belt.

Trash pickup day 1,053. This was an 80 minute pickup. #EarthCleanUp

Busy weekend out here, but certainly not like it has been in weeks past.

Only 1.5 buckets worth today, so another maintenance cleanup tomorrow before it’s back away from the main trails. pic.twitter.com/ZTm49NxvrM

Besides his park updates, McGregor’s Twitter feed is full of messages encouraging people to do something small for the environment and to talk about it and spread that hopeful attitude.

I don’t care how you act on the climate crisis. I don’t care if you only do 1 thing to help out the planet.

Dammit, you are doing something. That I care about.

I want you to be vocal about that 1 thing you are doing. Tell your friends, neighbors, coworkers, family… tell them.