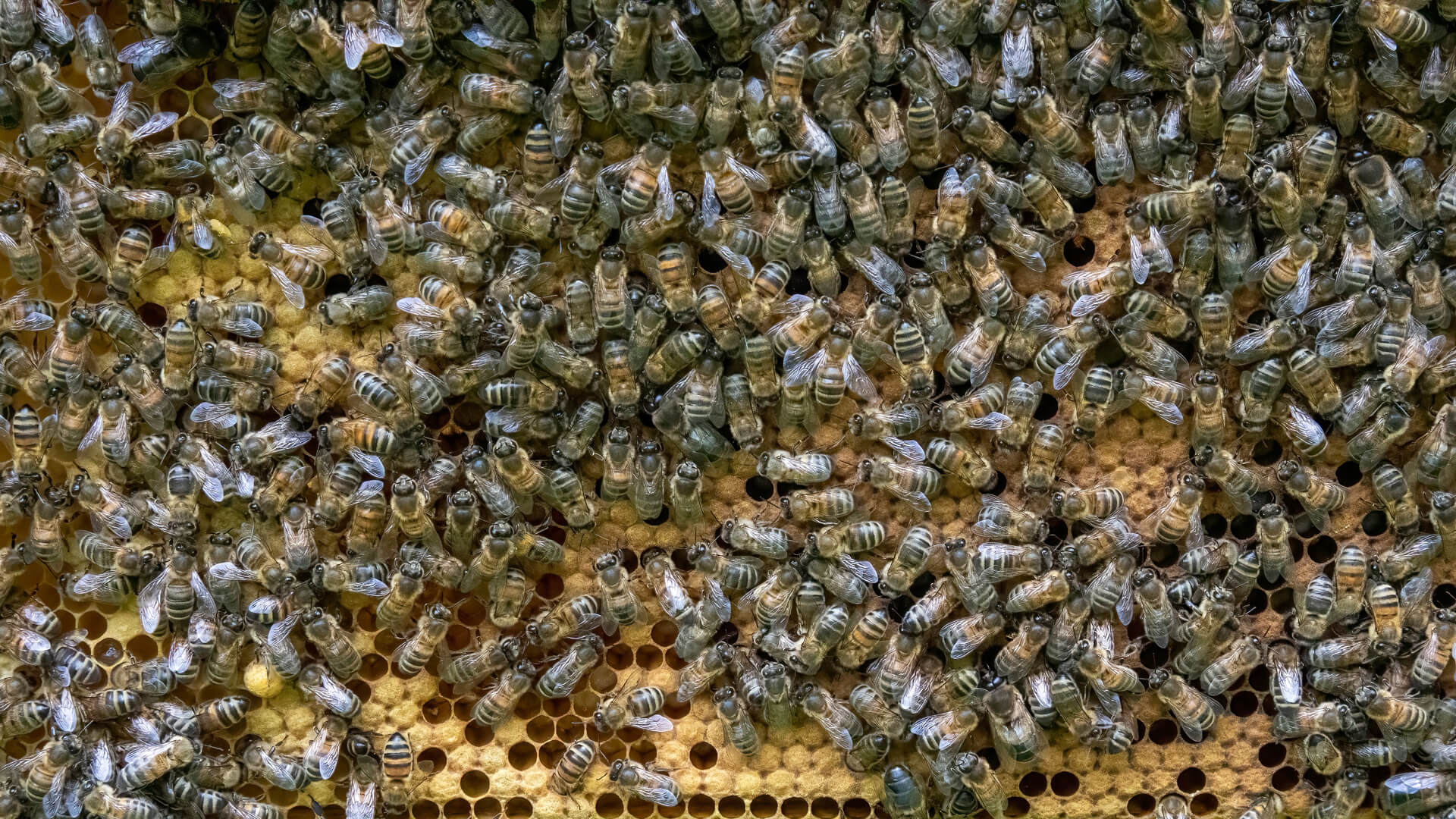 A simple “wax worm” may be the solution to helping us tackle plastic pollution, a recent study has found. Published in the Nature Communications journal, the research shows the saliva of these small, everyday worms can break down materials commonly found in plastic bags and packaging.

What are wax worms?

Wax worms are the larvae (basically, the caterpillar) of wax moths. They are known as feeder insects, and their saliva features powerful enzymes that help them break down food.

How can wax worms help with plastic pollution?

Wax worms live in the honeycombs of beehives and eat wax made by bees. As researchers now know their saliva contains two enzymes that can break down polyethylene — the most commonly used plastic in the world — in just a few hours.

It’s an exciting discovery in terms of tackling plastic pollution, as these are the first known animal enzymes with the ability to actually degrade plastic. It could help introduce “bio-recycling” as a long-term solution to the Earth’s massive plastic waste problem.

Federica Bertocchini, one of the study’s authors and an amateur beekeeper, told the Guardian how the initial discovery came about as an accident in 2017.

“My beehives were plagued with wax worms, so I started cleaning them, putting the worms in a plastic bag,” Bertocchini said. “I went back to the room where I had left the worms and I found that they were everywhere.”

Polyethylene, makes up around 30% of all synthetic plastic production, as it’s meant to be a durable material used in packaging and in making bags. But that durability means it remains in the environment for a long time — often as long as 700 years.

“It eventually breaks down into small particles,” Bertocchini told Reuters. “These particles have been found everywhere from Antarctica to rain and tap water, which do not only cause obvious environmental issues but are a growing problem for human health.”

These findings may revolutionize plastic waste management on both small and large scales. As the enzymes don’t require high temperatures or other extreme conditions to work, wax worms may be used in the development of at-home kits which will allow people to recycle their own plastic waste.

Fernandez Arias, one of the study’s co-authors, told Smithsonian Magazine that the research could be used in the future for “limiting or eventually eliminating altogether the release of microplastics.”