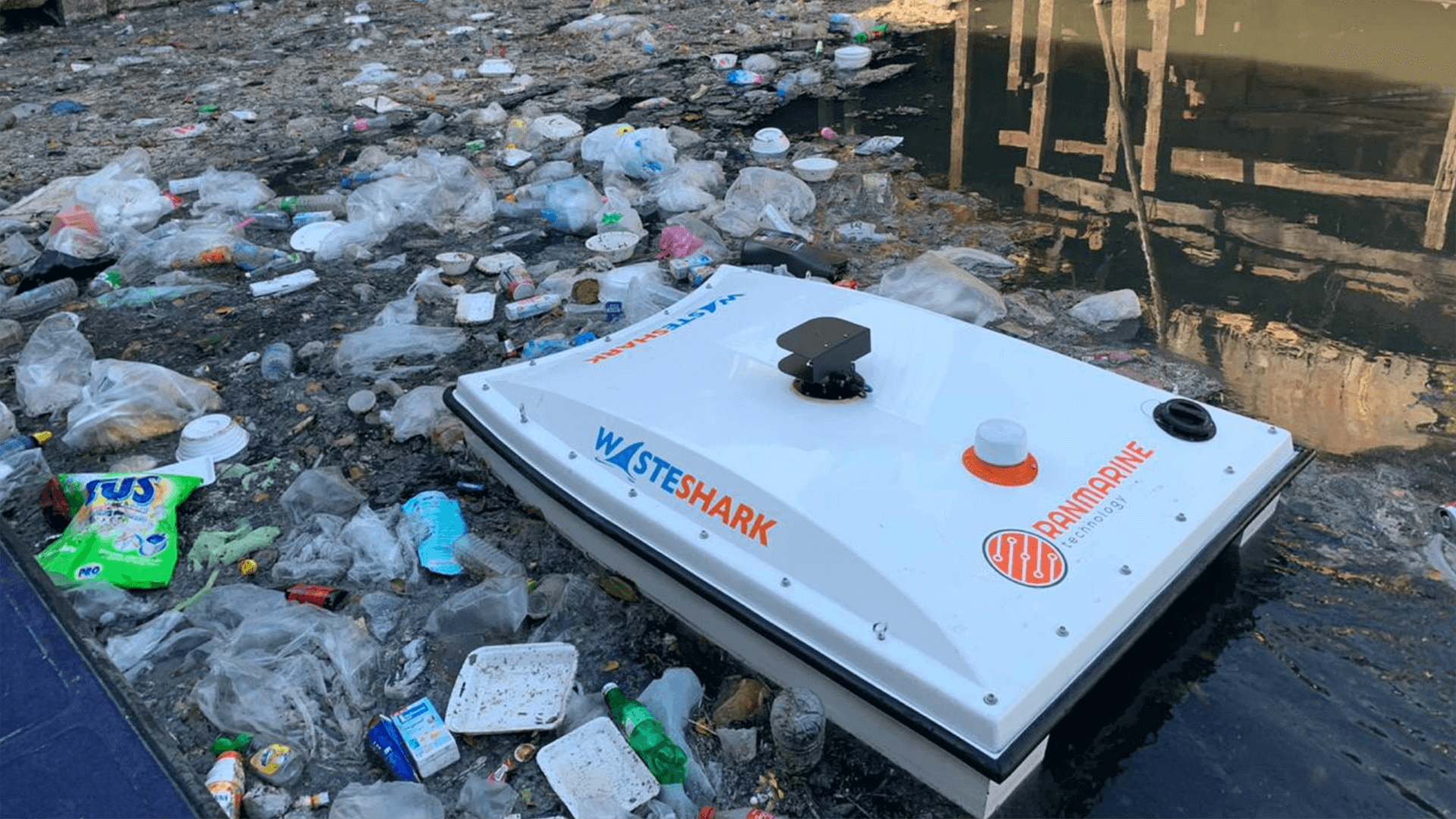 There’s something in the water. It swims through waterways alone devouring whatever it comes across. This shark doesn’t bite, though, and it actually resembles a Roomba more than a great white. It’s called a WasteShark, and it’s swimming and “eating” for a great cause.

Instead of fish, the WasteShark eats what it can of the huge amount of plastic that ends up in our waterways every day.

The WasteShark was created by Dutch company RanMarine and first launched in the canals of the Netherlands in 2017. WasteSharks are now being used in 12 countries in a variety of waterways, including marinas, ports, canals, harbors, rivers, lakes, and wherever else they are needed.

RanMarine found inspiration for the design of their WasteShark in the body of the world’s biggest shark, the whale shark.

Whale sharks swim around with their giant mouths open, sucking up food and filtering out water. The WasteShark does the same, and can collect up to a ton of waste a day. When it “eats” its fill, the WasteShark returns to its docking location to empty its load before going back out in the water to collect more.

RanMarine has partnered with theme parks like DisneyWorld and Universal Studios to keep their water features clean, and has also partnered with waterfront cities across the world including Houston, Texas, and Cape Coral, Florida.

Seeing as the majority of the plastic ever made still exists as-is and an estimated 1 million plastic bottles enter the ocean every minute, the WasteShark has its job cut out for it. It’s propelled by electric motors and can swim for 10 hours before needing to charge –– without creating any emissions!

The WasteShark, which can swim autonomously or be driven remotely, can also pick up biomass –– an overgrowth of aquatic plants and algae. This overgrowth is the result of chemical runoff from farming that makes the plant life in the water grow at an unnatural rate. Biomass can reduce oxygen for fish and other species and add toxins to the water in addition to making it smell pretty bad and look unappealing.

Clean water is important for all of us. While a Roomba certainly serves a purpose, its water cousin the WasteShark is at the forefront of robots helping people to make the world better for every species who live on it, whether in water or on land.