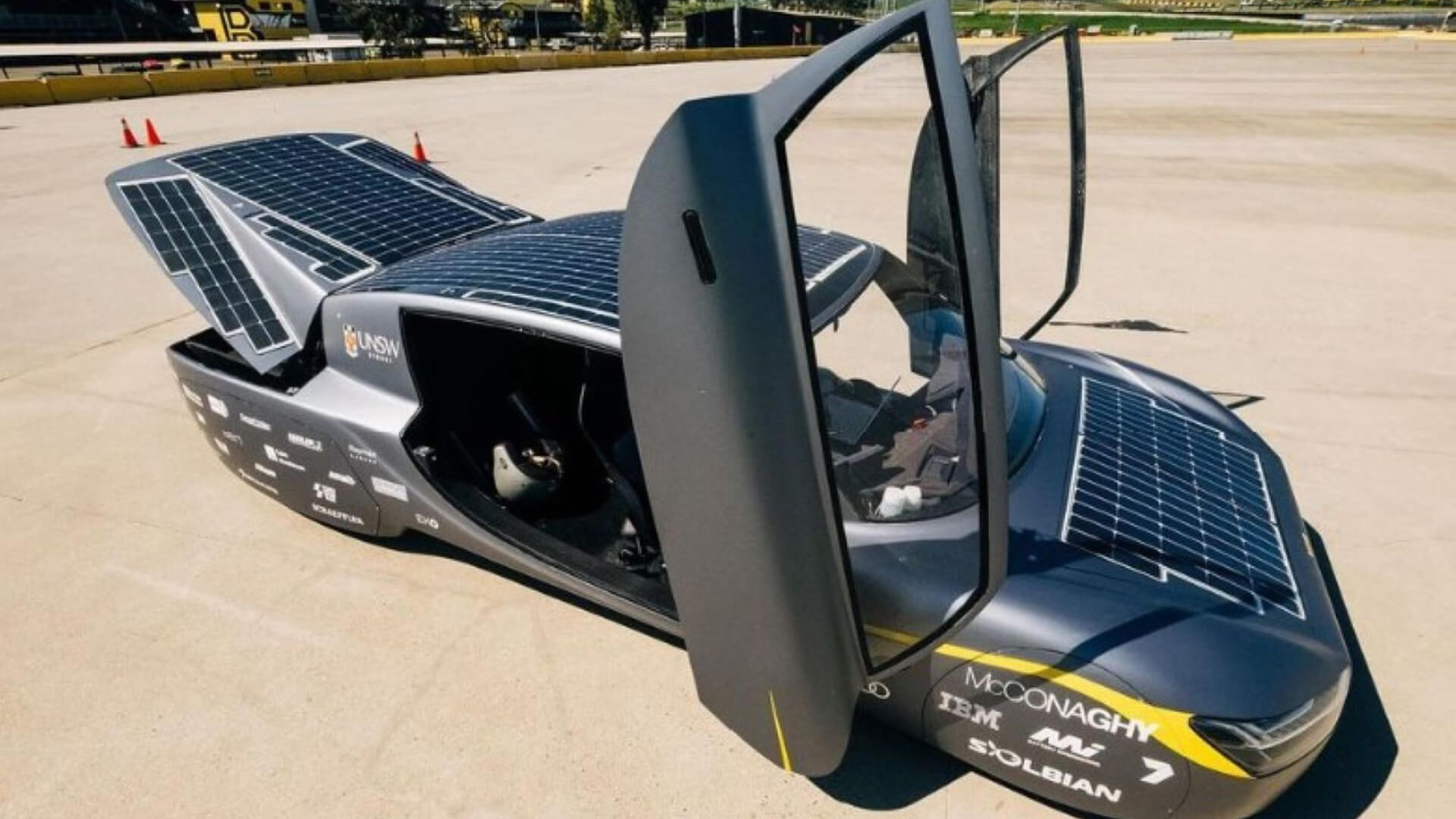 Electric vehicles (EVs) are quickly becoming mainstream — they’re no longer the far-off cars of the future. But while you might be seeing more Teslas driving around, you’re probably not seeing solar-powered EVs on the road.

But it doesn’t mean that innovation isn’t happening incredibly quickly. In fact, a new solar-powered EV recently broke a world record for the shortest time for an EV to go 1,000 kilometers (approximately 621 miles) on just a single charge.

In late 2022, the Sunswift 7 — an insanely sleek and lightweight race car that weighs only a quarter of what a Tesla weighs — was granted the Guinness World Record designation after traveling 1,000 kilometers in just under 12 hours.

The Sunswift 7, which was designed and built in part by students at Australia’s University of New South Wales, is powered by solar panels on its roof — as well as batteries.

The professor overseeing the team of engineering students, Richard Hopkins, explained the significance of the Sunswift 7 in a press release.

“Sunswift 7 isn’t a production car of the future,” Hopkins said, citing cost and comfort. “But we’ve shown that if you want to make cars more efficient, more sustainable, more environmentally friendly, then it is possible.”

This solar-powered design could help cars of the future drive for much longer without needing to stop to be charged, saving drivers money and time.

And solar-powered cars are cleaner than the current EVs on the market. Because much of the electricity that powers EVs comes from dirty energy sources, electric cars can still contribute to the overheating of the planet.

Unlike the Lightyear 0, the Sunswift 7 isn’t road-legal, due to its racing-only design. However, this record-breaking EV is showing how quickly we’re innovating the future of clean-powered cars.

By the end of 2025, other solar-powered cars are predicted to be available for about $32,000, meaning clean, chic, and relatively affordable solar cars will soon be on our roads.