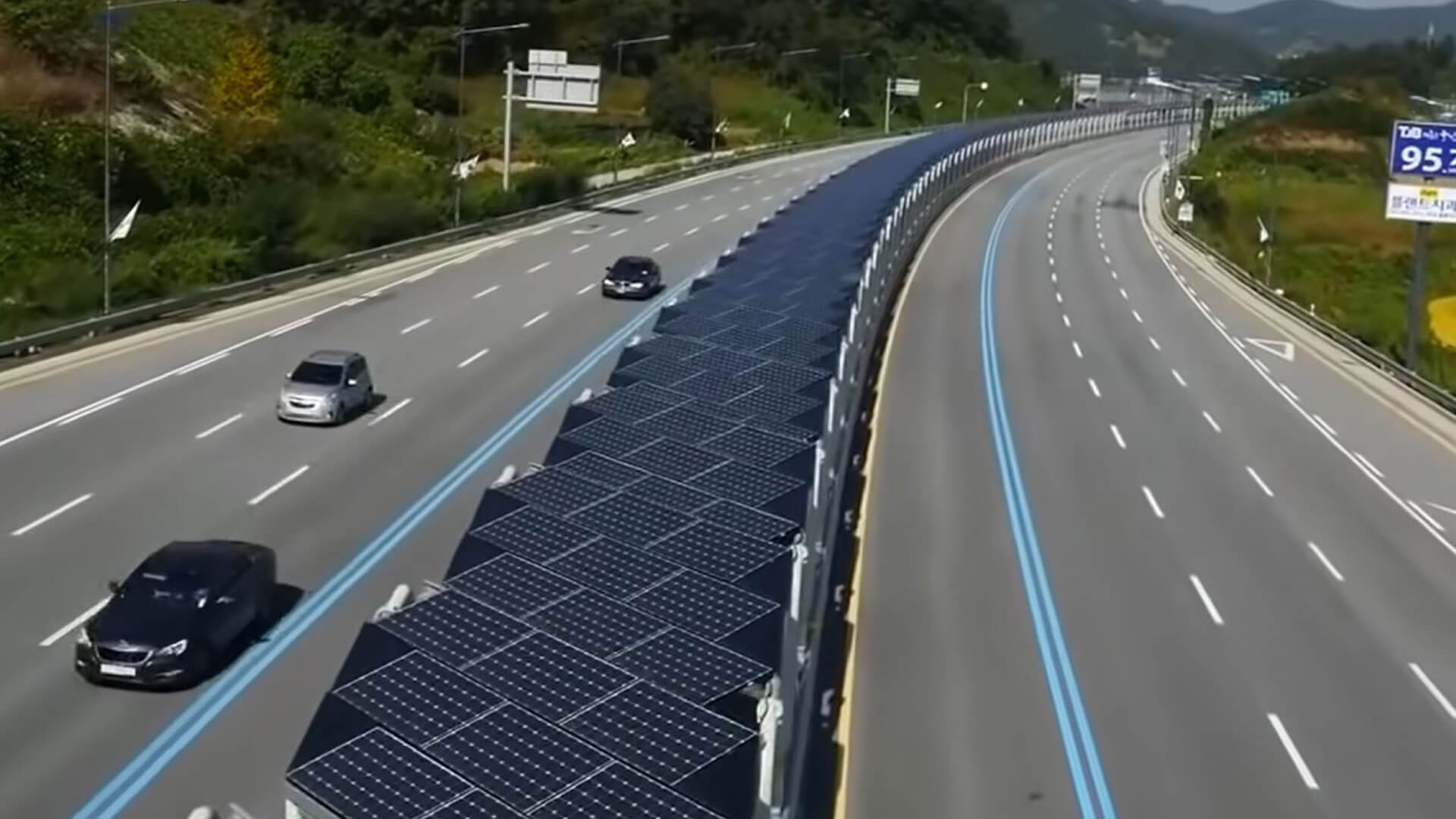 The image shows a highway with a row of solar panels traveling down the median, and underneath them, a protected bike lane. Protecting and encouraging bike travel while gathering clean energy at the same time? Sounds like a win for everybody.

South Korea recently announced plans for a clean energy future that involve converting its current usage of renewable energy sources from 15%, where usage stands now, to 40% by 2034.

Although coal power currently accounts for 40% of the country’s total energy usage, the South Korean government has undertaken several initiatives to bring that number down, including introducing a carbon tax, stopping financing of overseas coal plants, and building charging stations for electric vehicles.

In addition, the capital city of Seoul has made a major push to ramp up the usage of solar panels.

While some commenters in the Reddit thread were skeptical about the covered bike lane in the middle of a highway, citing concerns like danger to the cyclists and noise and air pollution from surrounding cars, one Redditor claimed to be able to share a firsthand experience of biking on that particular road.

“I have had the luck of riding my bike on this ‘solar highway’ as well as the SolaRoad in the Netherlands and some of the smaller ones in South Korea,” writes the Redditor. “You can smell quite a bit of exhaust in the South Korean bike path … Still very neat and I believe they estimated the solar panels could power about 500 homes.”

Another commenter was able to look to the future and had a positive take on the solar panel bike lane as well, writing, “As more vehicles become electric the air will be cleaner and the noise will reduce.”