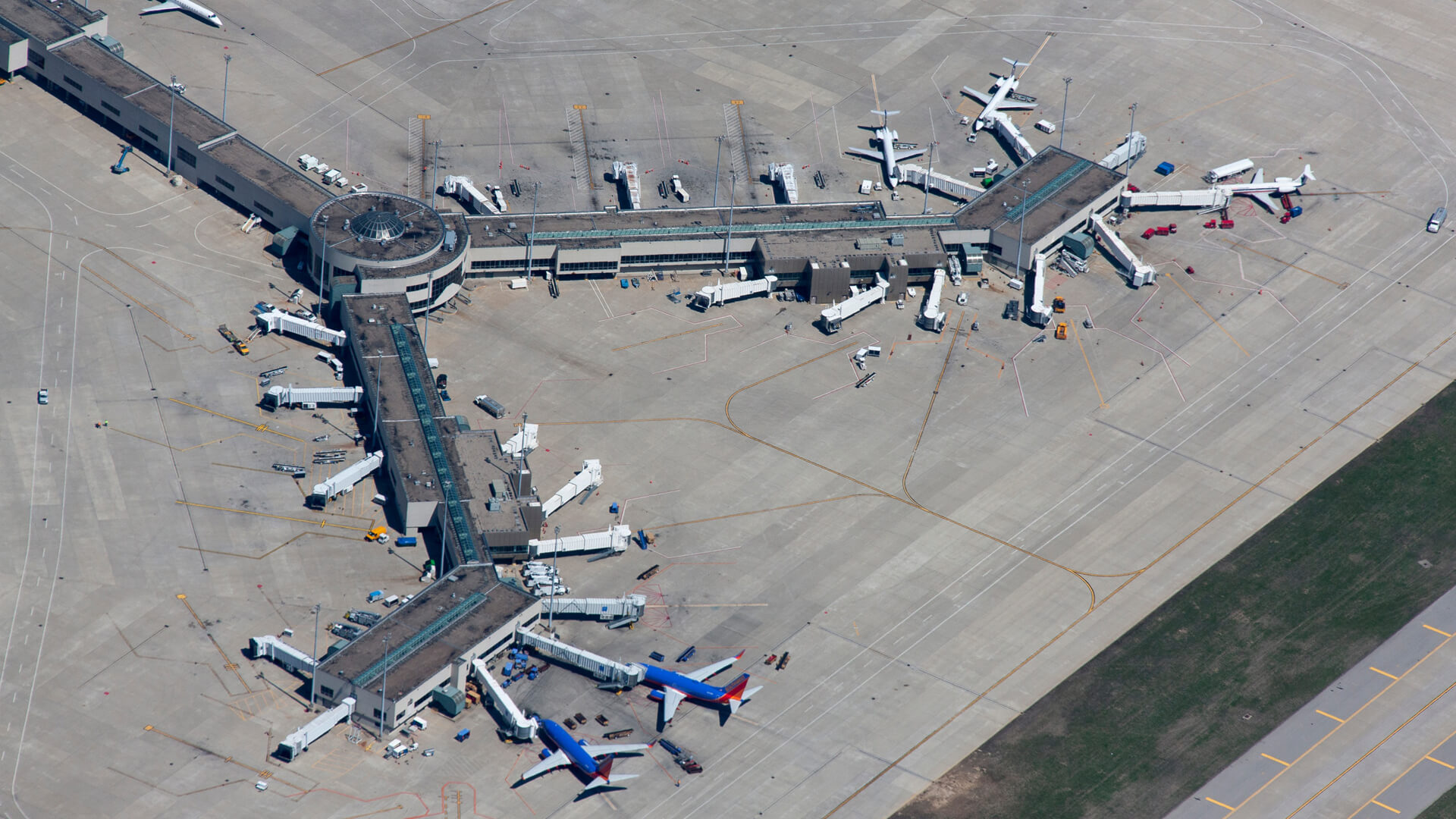 The project, created by a startup called AlgenAir, is a living, breathing air purifier. Using the natural power of algae, the tubes relieve the health effects of poor indoor air quality by removing carbon pollution and producing clean oxygen.

What is ‘sick building syndrome’?

Although SBS symptoms don’t have an identifiable cause, research shows these acute health and comfort effects have been linked to the time spent in buildings with increased air pollution. Some experts believe that as much as 30% of new or remodeled buildings may have “unusually high” SBS symptom complaints related to poor air quality.

Why use algae to treat SBS?

Planes produce a huge amount of carbon air pollution — one long-haul flight might release as much pollution as the average person in numerous countries does in a year, per an analysis by the Guardian. Couple this with the incredible number of cars traveling to and from airports like Pittsburgh International, and there’s a good chance for a high concentration of carbon dioxide air pollution.

Algae can use photosynthesis to absorb and remove carbon gas and other pollutants from the air — transforming them into oxygen.

AlgenAir’s devices use spirulina, a powerful algae with more photosynthetic ability than plants. According to Forbes, 125 gallons of algae in Pittsburgh’s airport can purify as much air as 5,000 houseplants.

Better yet, cleaning the air with spirulina is a circular process, because the used-up algae can later provide nutrients for other plants.