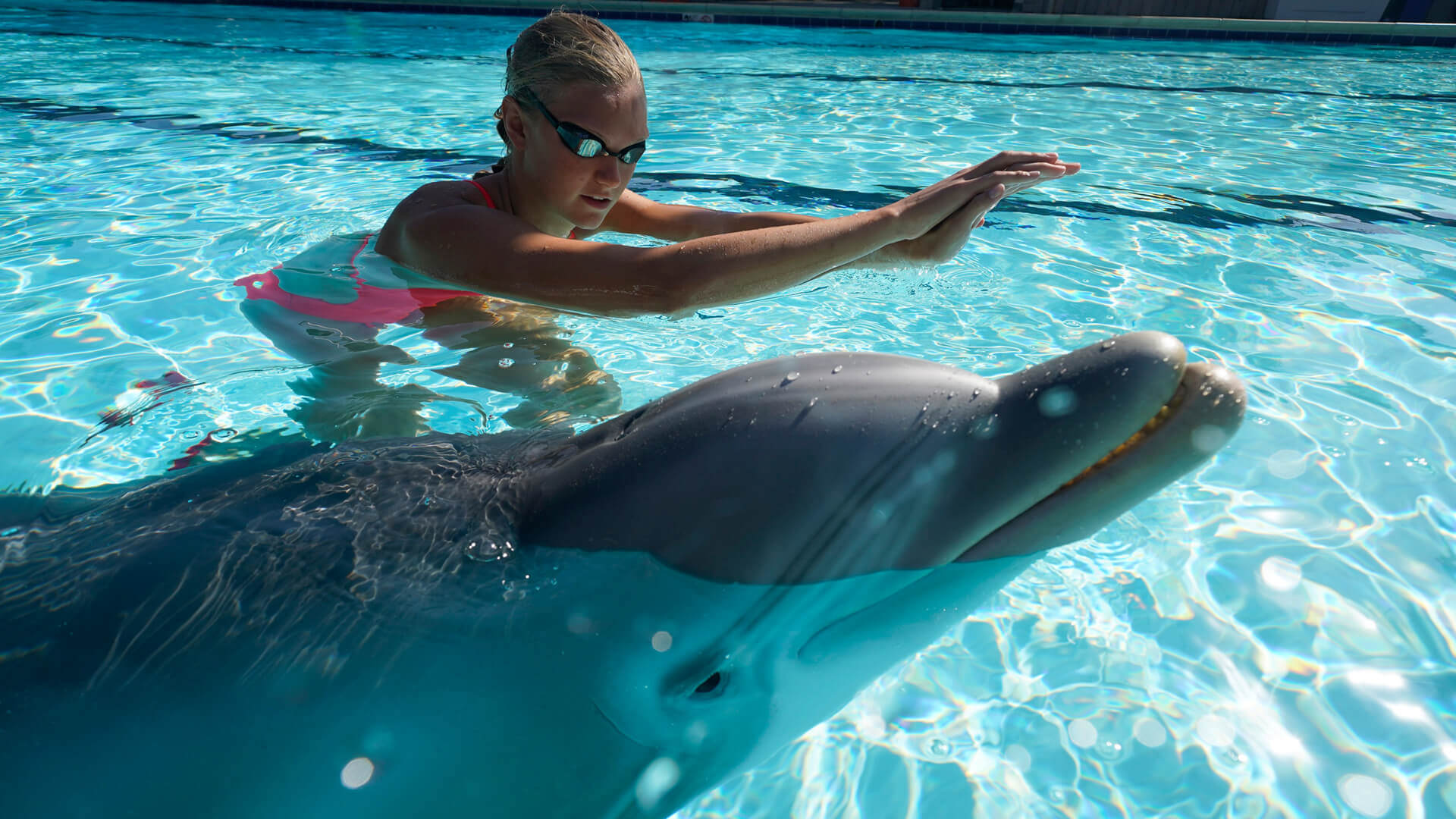 This $3 million hyperrealistic robotic dolphin may one day free captive dolphins all over the world through a combination of mechanical innovation and high-tech puppetry.

But what makes Delle so incredible is her medical-grade silicone skin and smooth mechanical movements, which make her appear so real that it’s almost impossible to distinguish her from a real dolphin on looks alone.

Edge Innovations explains that Delle the robo-dolphin comes to life through a mix of puppeteering, programming, and artificial intelligence. The animatronic learning aid seems to be a valuable addition for PETA, as it is used to teach school kids to respect living creatures.

There is hope at Edge Innovations that animatronic dolphins can one day replace the wild animals kept in captivity for marine park attractions. In 2019, there were 3,029 dolphins in captivity in marine parks around the world, an industry that generates between $1.1 and $5.5 billion a year, as estimated by World Animal Protection.

Most of those dolphins are kept in five countries; China, Japan, the United States, Mexico, and Russia, in descending order of quantity.

These vibrant and intelligent creatures would typically enjoy ranges of 100 square kilometers (38.6 square miles) in the wild, but are instead kept in enclosures 77,000 times smaller and forced to perform for crowds.

Sadly, we cannot simply free every dolphin bred in captivity and replace them with Delle, since most lack the natural skills they need to survive in the wild. But by slowly phasing in robotic dolphins instead of breeding new ones in captivity, Edge Innovations believes we could achieve a world without captive dolphins.

While it might sound more simple than banning marine parks, Freethink points out that venues like marine parks and zoos provide one of the only venues that humans have to see and interact with the natural world.

These parks have educational and entertainment value, and are known to contribute to conservation efforts — which is why Edge Innovations wants to provide a solution to the problem, rather than eliminate them entirely.

“It’s easy to kind of demonize the marine park industry as a whole, but we don’t think that’s the answer,” Edge Innovations founder Walt Conti told Freethink. “We just want to transition them to the future in a much more sustainable way.”

Conti, a special effects artist, founded Edge Innovations in 1991. Since then, the company has completed almost 100 projects spanning the entertainment and underwater technology industries.

You may have seen the company’s animatronics in the “Free Willy” movies, “Anaconda,” or perhaps in theme park attractions like Jurassic World at Universal Studios or Pandora at Disney’s Animal Kingdom.
Edge Innovations is currently developing a pilot attraction that will feature electronic dolphins like Delle.