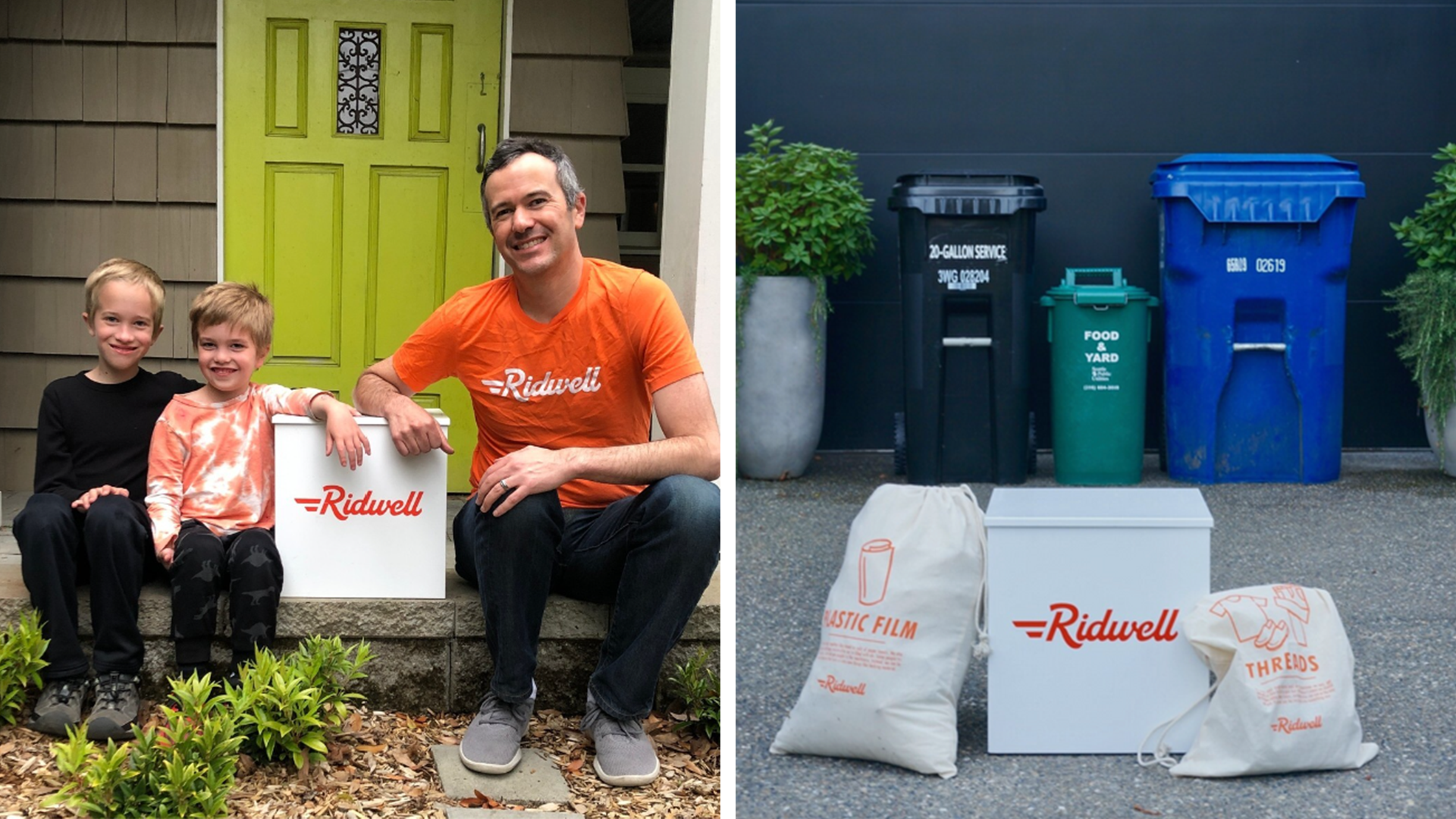 A story about a father and son changing the way we recycle through their project Ridwell started with a simple battery –– and a dead one, at that.

Ryan Metzger, co-founder and CEO of Ridwell, endured many searches to find a local recycling center that accepted batteries, as they contain hazardous chemicals that make them dangerous to throw in the trash.

Because he went to so much work to find a facility, Metzger wanted to make the most of his trip by taking as many dead batteries as possible. He asked neighbors if they had any dead batteries that he could take with him. This was the start of Owen’s List, a weekend carpool recycling project.

The recycling carpool excited Metzger’s six-year-old son Owen Metzger –– also the project’s original namesake –– so they turned their home upside down in search of other items not accepted by curbside recycling.

By taking on extra effort to recycle electronics, lightbulbs, and clothing, this father and son duo was unknowingly on the edge of something great.

Contributions began to exceed the duo’s abilities, as Owen’s List grew to more than 4,000 participants.

As demand continued to increase, Metzger, along with three like-minded co-founders, founded Ridwell, a service that picks up people’s hard-to-recycle materials and recycles them.

These materials include items that are not accepted by most curbside recycling programs, like clothing, plastic bags, and packing peanuts.

To become a Ridwell member, you can check the company’s website to see if it operates in your area. For a monthly subscription fee, the company will come to your home twice a month to pick up your hard-to-recycle items.

To start, each Ridwell member receives a Ridwell bin and bags to sort their items.

Members fill the bags and place them in or beside their bin, and Ridwell conveniently picks them up from the front door on a scheduled day. It really is that simple.

To date, Ridwell has saved five million pounds of items from going to a landfill and polluting our communities.

Through partnerships with specialized recycling companies, Ridwell acts as the middleman, collecting hard-to-recycle items and sending them directly to specific facilities.

But Ridwell doesn’t stop there. The company has also collected donations for local drives, such as diapers for a diaper bank and hygiene products for our vulnerable neighbors during the start of the pandemic.

In an interview with Shoutout Colorado, Metzger said he was inspired to start Ridwell after “seeing how many people were motivated to create a future without waste.”

“As more people have made the connection between waste and issues facing our climate, interest has only increased and made us even more passionate about our mission to divert as much as we can from landfills so that it can instead be recycled or reused,” he told the outlet.

Reusing and recycling can help keep global temperatures from rising by conserving resources, reducing toxins in landfills that leak into the air, and slowing the production of harmful air pollutants that form a heating blanket over our overheating Earth.Enter your zip code on the Ridwell site to see what they collect in your neighborhood.