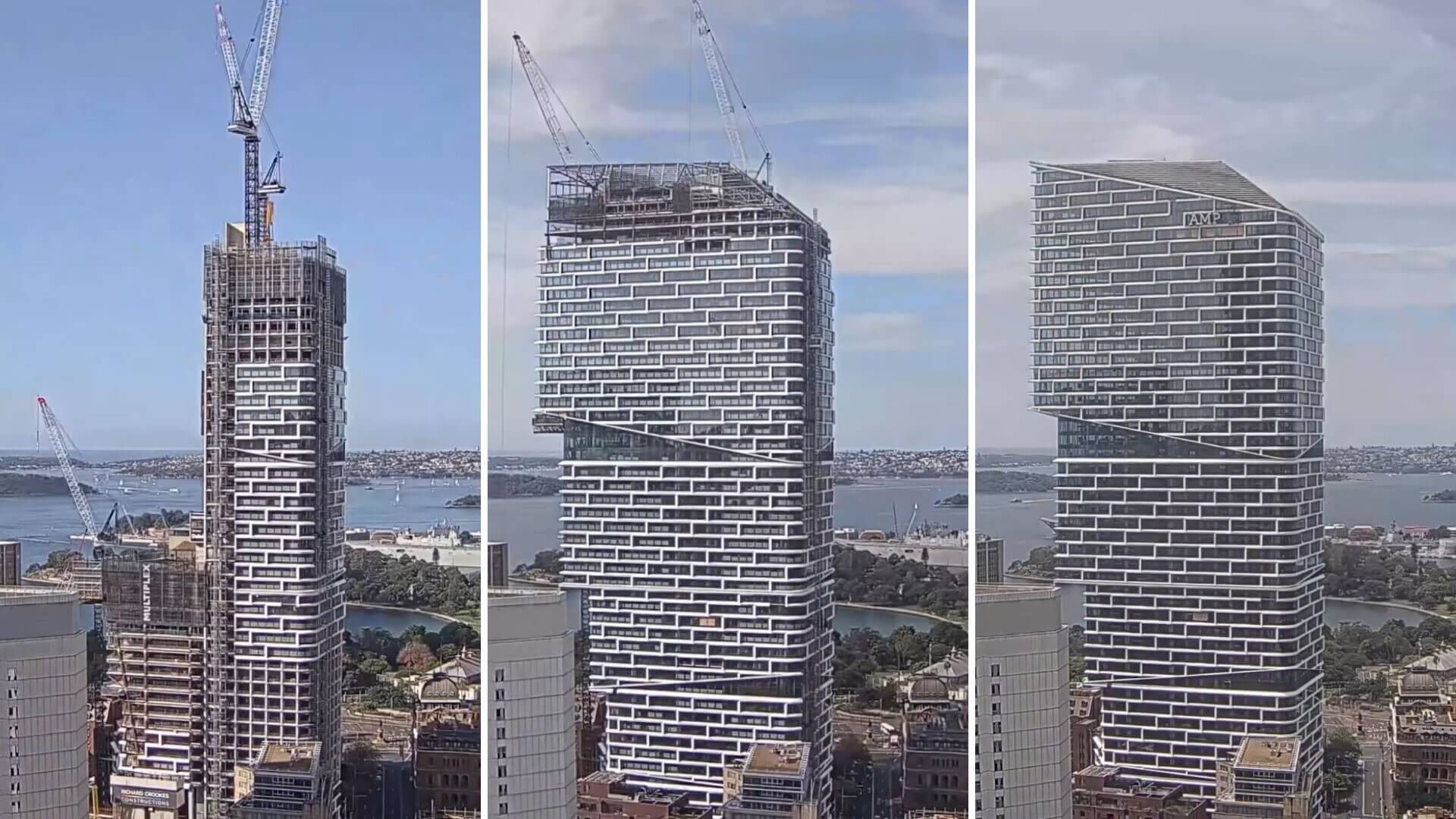 Cities often must clear away old buildings to make space for new ones, but the Quay Quarter Tower in Sydney has shown a revolutionary new way to upscale skyscrapers.

Rather than demolishing its predecessor, designers used the existing skeleton of the 50 Bridge Street skyscraper and expanded upon it.

Demolishing massive buildings causes unfortunate environmental damage due to construction waste and air pollution from building equipment. AMP Capital, an Australian investment firm, created an architectural competition that solicited submissions to create a new skyscraper around the AMP Centre’s footprint without demolishing it.

The building, which is now 676 feet tall, was recently named the World Building of the Year. The skyscraper used two-thirds of the original building’s structure and 95% of its original core. The building’s floor space has been expanded from serving 4,500 people to a whopping 9,000.

The redesign was a win for the climate and the project’s budget. The building expansion saved 12,000 tons of carbon emissions compared to alternative plans that demolished the original building — equivalent to over 8,000 long flights between Copenhagen and Sydney.

According to CNN, the redesign saved 150 million Australian dollars (or over $100 million USD). The upscaling plan also saved up to a year in the project’s timeline.

“I think many developers didn’t look at [upscaling] as an option,” said Kim Herforth Nielsen, the founder of 3XN, the Danish architecture firm that oversaw the project. “But now it has been done here, and can be a great example of how to do it in the future.”