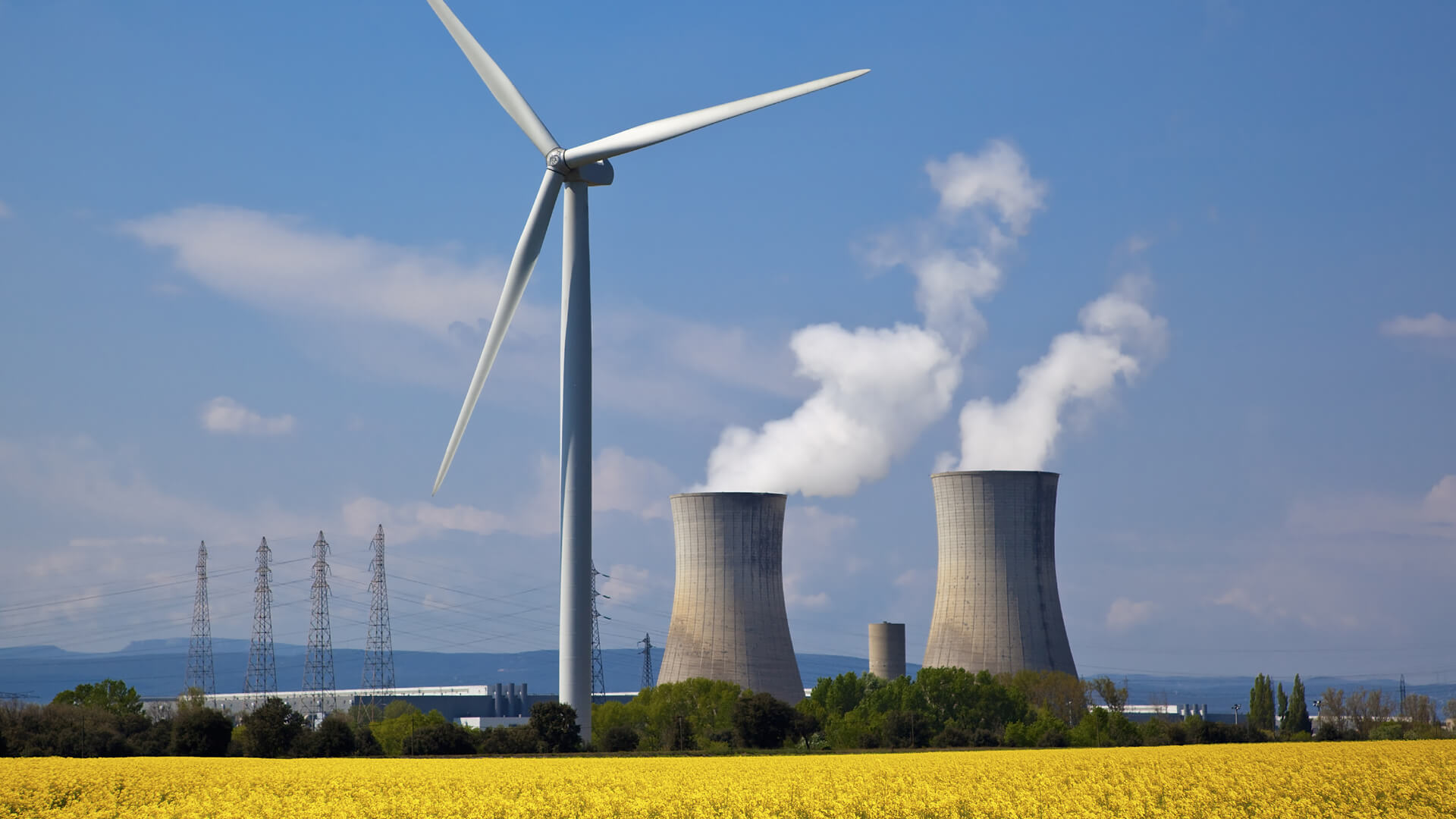 Many people cringe at the mention of nuclear energy, as it elicits mental images of the Chernobyl disaster and satirical commentary on “The Simpsons,” despite the fact that it is relied on more prevalently in the U.S. than nearly every clean energy source combined.

For something feared by so many, why do others support nuclear energy so strongly?

To explore both sides of this divisive topic, let’s first define nuclear energy and examine its pros and cons.

What is nuclear energy?

Let’s backtrack all the way to high school physics class for a moment.

The center of an atom is held together with a very strong force of energy. This energy can generate electricity.

A nuclear reactor within a power plant initiates and controls a process called fission that splits atoms to release this energy.

Similar to breaking a rack in billiards, fission aims a neutron (cue ball) to split a uranium atom (the rack of billiard balls) to release the stored energy as heat and radiation (billiard balls dispersing).

Nuclear power plants then use the heat produced during fission to boil water into steam. The steam turns a turbine that powers a generator to produce electricity.

Nuclear energy is the largest source of low-carbon energy in the U.S., as nuclear reactors do not release harmful carbon pollution into the air while operating.

Supporters of nuclear energy often claim that it is the best low-carbon energy source because of its reliability and productivity, referencing the issue of the intermittency of solar and wind energies (i.e. they stop producing power if the sun isn’t shining or the wind isn’t blowing).

Because of its reliability, supporters believe nuclear energy can help the world seamlessly transition away from dirty energy like coal, gas, and oil without electricity disruptions.

Supporters also say that U.S. leadership in nuclear energy can prevent the development of nuclear weaponry across the globe, promoting the Treaty on the Non-Proliferation of Nuclear Weapons (NPT).

Another stance that supporters take is that nuclear energy can allow the U.S. to become independent from foreign oil and gas imports, supporting national security.

Beyond our borders, supporters claim that further innovations in nuclear energy will help developing countries bypass dirty energy while promoting development and industrialization.

Ultimately, supporters view nuclear energy as a sustainable solution to our overheating planet. They see it as a reliable, low-carbon energy source that does not contribute to the air pollution surrounding the Earth that traps heat and causes temperatures to rise, worsening extreme weather events.

Nuclear energy does not receive a lot of public approval across the world, and public opinion is critical to policies that decide how energy gets produced.

Additionally, uranium, the fuel source for nuclear fission processes, is scarce. There is a finite amount of this fuel supply on Earth, and we cannot create more.

The most profound stance against nuclear energy is that it is unsafe. There is an intense fear of nuclear disasters among opponents, who point to devastating accidents like Chernobyl in 1986.

Some opponents believe that expanding nuclear energy in the U.S. will promote proliferation of nuclear weapons, concerned that nuclear technologies will end up in the “wrong hands.”

Opponents believe that the most effective method to achieve non-proliferation is to not expand nuclear power in the U.S.

Detractors of nuclear energy also believe that this energy source is not worth the time or money to invest in, mainly because initial capital, fuel, and maintenance costs are very high and are not decreasing, unlike other clean energy sources, which are now the world’s cheapest source of energy.

Although nuclear reactors do not produce carbon air pollution while operating, critics highlight the fact that carbon air pollution is released into the air to construct and maintain nuclear power plants and mine and refine uranium ore. The cement used to build nuclear power plants, the construction and transportation necessary to deliver materials to the construction site, and the energy required to mine and refine uranium ore can be major sources of carbon pollution –– something that opponents believe should not be overlooked.

Nuclear waste –– the fuel that’s been used in a nuclear reactor –– is another prominent cause of opposition. The waste remains radioactive for thousands of years, and opponents fear that there are no long-term storage solutions that are safe and effective.

Water plays a critical role in the generation of electricity from nuclear energy. Water used in the cooling process becomes contaminated with radioactive particles, and although it is filtered, critics aren’t confident that the filtered water is free of radiation. And because so much water is used, opponents also critique nuclear energy for its lack of viable waste water storage solutions and the release of water from nuclear power plants into nearby bodies of water.

Opponents are also concerned that nuclear power plants expose workers and nearby residents to health risks such as cancer. They do not that believe nuclear energy is a solution to keeping our planet cool and preventing extreme weather events.Ultimately, nuclear energy is a complex topic with clear benefits and pitfalls. While some believe there is no possible future for widespread and accessible clean energy without it, others believe it’s safer to invest in other clean energy sources.