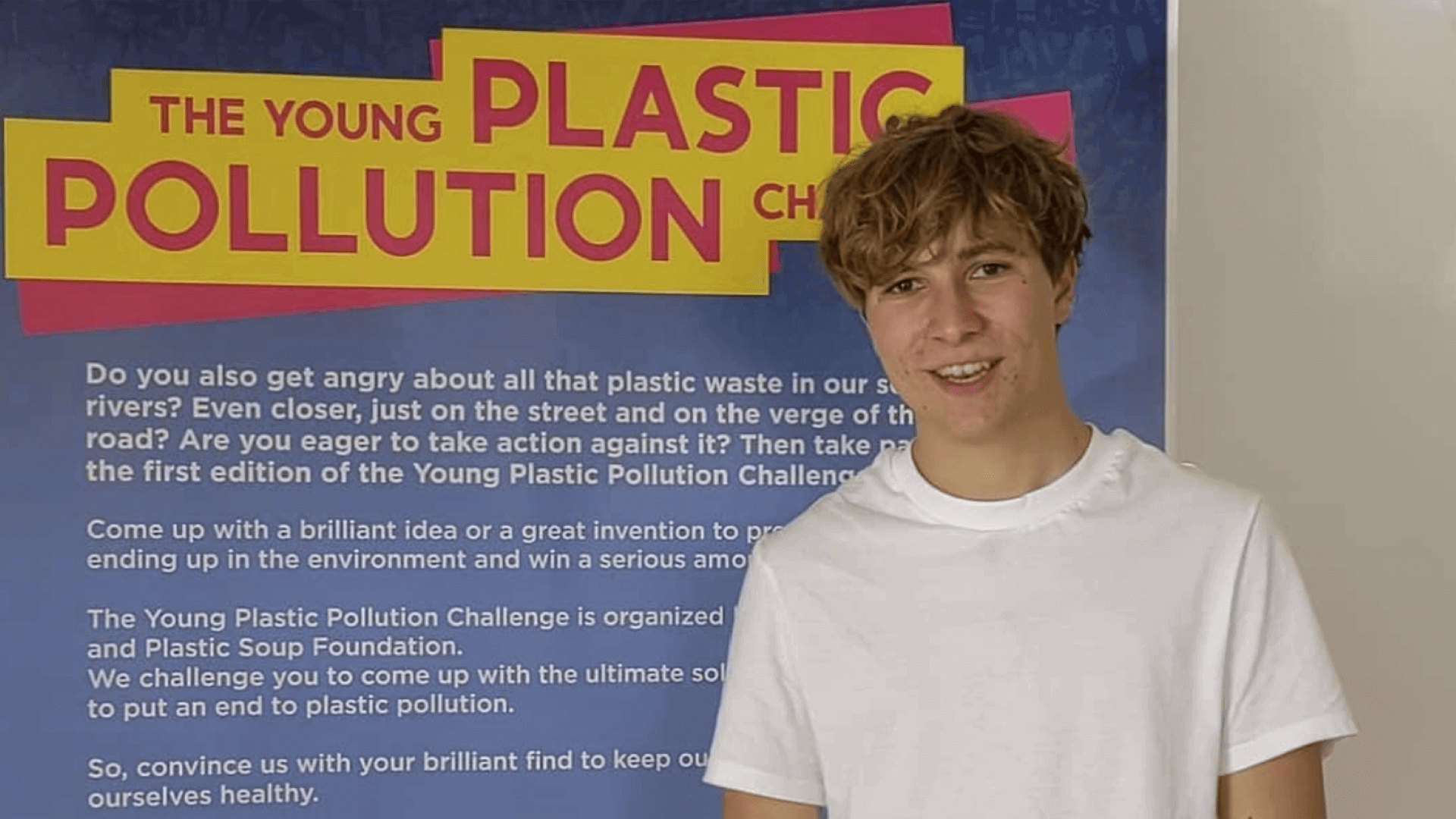 Growing up on the Irish coast, it was easy for 21-year-old inventor Fionn Ferreira to see the severity of plastic pollution in the ocean. He spent many days kayaking along the shoreline near his West Cork home, where he was horrified to observe small plastic fragments in the water.

But it was what Ferreira couldn’t see that worried him the most.

“I got really anxious when I found out about microplastics,” he told BBC Future. “These plastics are going to be in our environment for thousands of years. We are going to be dealing with them long after we stop using plastic.”

In 2019, Ferreira won the Google Science Fair for an invention that could help to revolutionize the fight against plastic pollution in our oceans. He has since been named to the Forbes 30 Under 30 list and as a National Geographic Young Explorer.

On one of his many maritime adventures, Ferreira stumbled on a small oil slick that was covered in small pieces of plastic. He realized then that oil could attract plastic.

Ferreira borrowed from previous research by physicist Arden Warner, which showed that a magnetite powder called iron oxide (aka rust) could clear oil spills. Working from his bedroom, Ferreira mixed iron oxide with vegetable oil to create a magnetic liquid known as “ferrofluid.”

To test the solution, he blended everyday items made out of the 10 most popular types of plastic (including nylon, polyester, and PVC) and deposited the microplastics into water. When he applied his magnetic liquid to the mixture, he found that it removed 87% of the plastic particles.

Research increasingly shows that microplastics are a hazard not just to the planet, but to our health as well. Small organisms like algae ingest microplastics from the ocean, which then travel up the food chain into our diets. Microplastics can also be found in our drinking water.

The long-term effects of microplastics in our bodies are still unclear, although scientists have proposed links with cancer mutations, low sperm counts, and possible neurotoxicity, since microplastic fibers are small enough to pass into the brain.

To mitigate the harm plastics can inflict on us and our environment, Ferreira is now refining his invention with help from Robert Downey Jr.’s FootPrint Coalition.

One possible application could be a device that sits on the inside of household pipes, filtering plastic out of the water as it enters and exits peoples’ homes. Another might be latching the filter to the bottom of boats, which could then help to clean seawater as they travel.