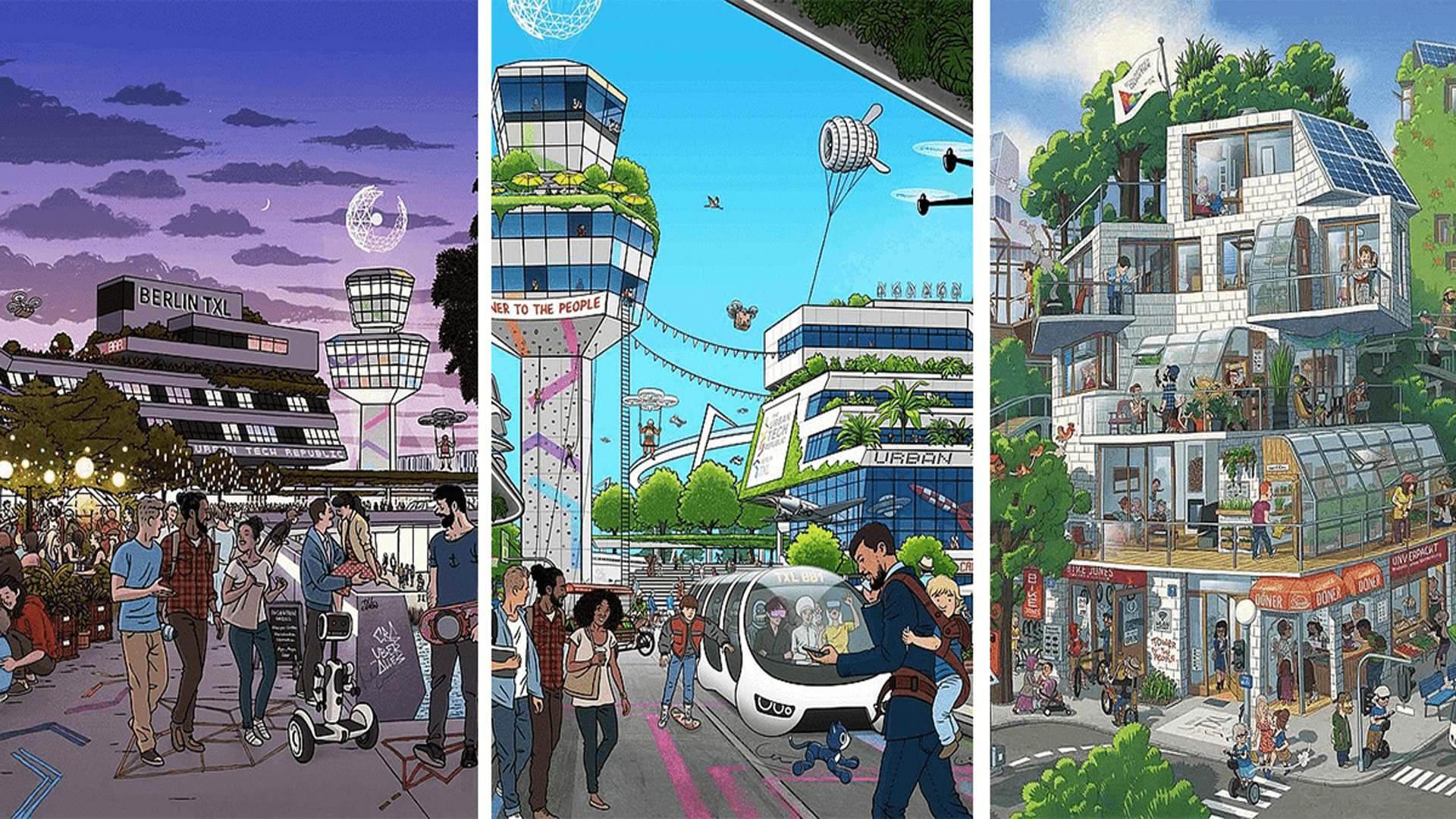 Walkable neighborhoods, affordable housing, eco-friendly design, and green spaces for animals and humans to share? A development in Berlin is bringing these lofty goals down to Earth –– and at an abandoned airport, no less!

The Tegel Projekt is an ambitious undertaking that aims to turn an old airport into a green center for business and living.

The project is split up into two parts: the Urban Tech Republic, where tons of startups will work on eco-friendly technologies for the cities of the future, and the Schumacher Quartier, a largely car-free housing development with thousands of apartments for students and families.

The Tegel Projekt has managed to cram a whole bunch of environmental ethos into its plans for the former Berlin-Tegel Airport.

The Schumacher Quartier, the residential portion of the project, will hold 5,000 new apartments over 100 acres, along with two schools, multiple daycares, and plenty of stores within walking distance of each other.

The quarter will be mostly car-free, with exceptions made for people with mobility issues, and will feature wide bike lanes and dense walking paths.

The entire district was created to accommodate the need for affordable housing for the growing population of Berlin, as well as widespread access to public and green spaces.

On the other side of the airport’s grounds, plans for a business district are being finalized.

The Urban Tech Republic will exist as a research and industrial park for developing and testing various new technologies.

Over 1,000 large and small businesses will make their homes in this district, where they will study efficient energy use, sustainable construction, eco-friendly mobility, recycling, and clean water.

The entire project is focused on creating a healthy ecosystem for businesses and people, while producing far less toxic carbon pollution than a typical city.

Apartment buildings will be built from mass timber, a wooden building material that helps to keep planet-overheating carbon out of the air while reducing the need for climate-harming concrete. Carbon pollution during construction is expected to be reduced by 80% through sustainable building techniques.

The development will also incorporate “sponge city designs,” where rainwater is captured and used or stored within the quarter, according to Fast Company.

The community design emphasizes walking and biking, along with readily available forms of public transportation, which will remove most cars and their harmful exhaust from the road.

Finally, the project is formed around “animal-aided design” in order to support the biodiversity of the area while protecting 14 rare species.

When can I move in?

The Tegel Projekt sounds like a wonderful place to live, with eco-aspirations as high as the planes that once flew overhead there.

Civil engineering and allocation of the land begins this year, and buildings should start cropping up in 2027. By 2040, Berlin may have a completed, ecologically responsible urban center where an airport once stood.