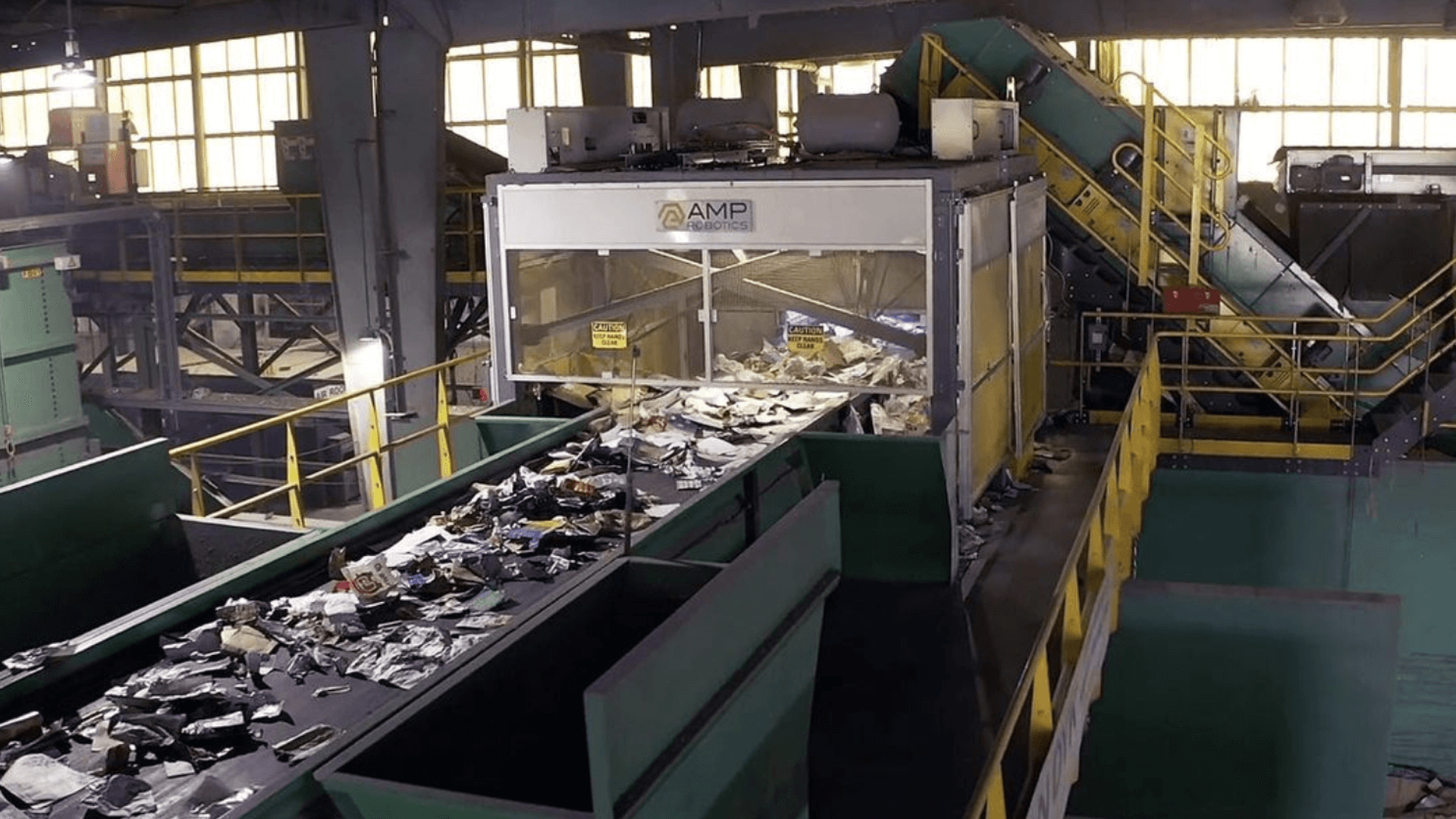 Recycling isn’t just popular –– it’s nearly unanimously so. It is estimated that as many as 85% of Americans strongly believe in recycling.

Unfortunately, that popularity has not historically translated into effectiveness — and the numbers are sobering.

Three hundred million tons of new plastics are produced per year, 90% of which go unrecycled, despite even the best efforts on our part to appropriately recycle materials.

Single-stream recycling — the system of putting all recyclables in one bin — has made participation easier for everyday citizens, but it’s also resulted in about a quarter of the recycled materials becoming contaminated, whether the problem be contamination with food residue or incorrectly sorted materials.

Here’s how it works.

Traditional recycling plants typically use human labor to process and sort recycled materials along conveyor belts. According to Cleantech Group, these facilities are typically managed by local authorities with tight budgets and high levels of risk aversion. This leads to inefficiencies, delays, and corner-cutting, resulting in a lot of recyclables simply being thrown out.

AMP Robotics’ AI platform, AMP Neuron, on the other hand, is able to quickly analyze waste streams on conveyor belts in real time to identify plastics, papers, metals, and other recyclables to sort them accordingly.

The AI has been trained on images of over 50 billion objects so that it can quickly and precisely recognize materials regardless of their recycled state — smashed, tattered, tangled, or all of the above.

AMP Robotics’ Artificial Intelligence is modeled after human brains, so, much like a person, it learns by repetition, improving at all of its tasks over time. Through its training and on-the-job experience, the machine learns to analyze colors, textures, patterns, and even brand labels to determine where specific materials should be sorted.

After recyclables are analyzed and identified, the company’s high-speed sorting system picks up as many as 80 items per minute with nearly 99% accuracy. The combination of the AI and the physical machinery reduces labor needs, decreases odds of contamination and human error, and captures more of the high-value plastics that can be resold for production.

These AI-powered sorting systems are sold for use in recycling plants. AMP Robotics has also opened recycling facilities of their own for particularly difficult-to-recycle materials.

Keurig provides an example in practice. The coffee giant shifted to using 100% recyclable materials in their K-Cups, but those recycled plastics can still be difficult to procure in pure enough forms to be reused for production.

By partnering with AMP Robotics to identify K-Cups in recycling streams, Keurig helps ensure the specific plastics in K-Cups are recovered rather than thrown away so that they can be reused in products and packaging materials.

Materials designed for reuse — and recycling systems built to efficiently extract them — means that waste can be transformed into resources at scale. AMP Robotics’ approach can help break down the economic barriers that have historically held back recycling.

Replacing our inefficient, cost-intensive recycling processes with smart machines can help our well-intentioned recycling efforts go from fruitless to successful in no time.

These developments can help society move away from the linear economies most commonly used today: resources are taken out of the Earth, developed into something useful, consumed, and eventually deposited as waste. Instead, AMP Robotics’ technological improvements support the creation of a circular economy designed to regenerate itself by using resources over and over again.