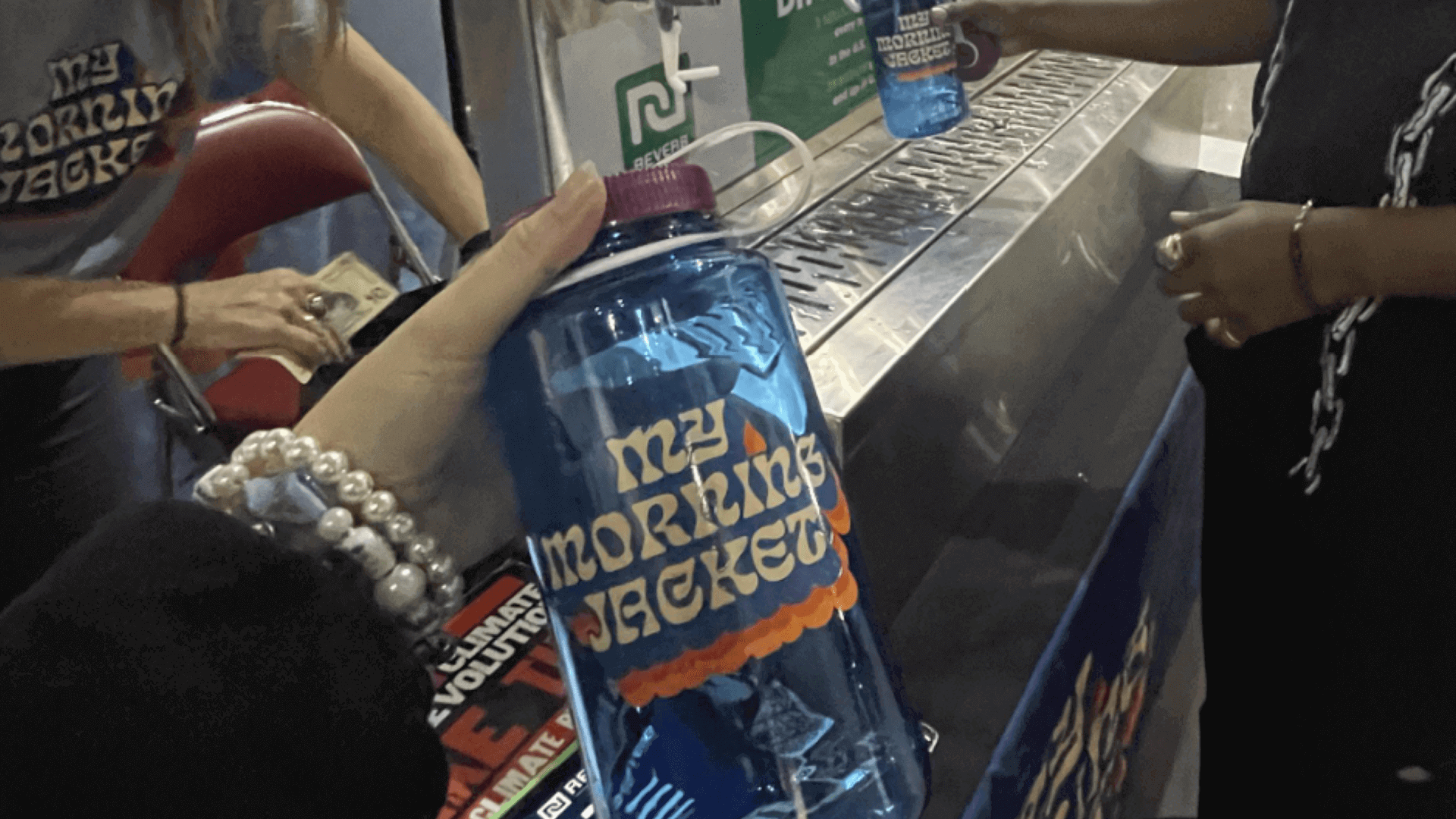 In a viral Reddit post, one concert-goer shared their awesome experience at a My Morning Jacket concert. The image, shared by user u/botantical-baddie, revealed how the show encouraged users to waste less plastic by purchasing cheap, refillable water bottles.

For those who wanted to see the Kentucky-based rock band, there was an incredibly popular station that allowed attendees to buy Nalgene water bottles. And instead of gouging the concert-goers, they reportedly only charged $5.

The best part? The venue had refill stations all over the place. Most commenters on the post didn’t seem to know that the group running the refill stations was Reverb, an organization that wants concerts and music venues to become more sustainable.

Over the past decade, Reverb has been popping up these refill stations as part of its #RockNRefill campaign.

The Reverb campaign wants to take plastic water bottles out of concerts, helping music-lovers hydrate without contributing to the ever-growing mountain of plastic waste out there.

And Reverb is right to embark on such a campaign. According to the U.N., the world purchases one million plastic water bottles every single minute with that plastic eventually going to our landfills and waterways.

If people opt for reusable bottles instead, there will be far less plastic contaminating our environment. But not all venues offer eco-friendly choices, leaving people with little option but to buy plastic bottles.

But with #RockNRefill, which Reverb started in 2013, over four million bottles have been kept out of landfills.

One of the most-liked comments highlighted that Reverb runs the stations, and not just at My Morning Jacket concerts.

“That’s so cool! I filled my water bottle at their station at an Odesza concert recently but I had no idea they do all that work,” another added.

Beyond the Redditors appreciating the sustainability element of the initiative, others lauded the bottles’ prices.