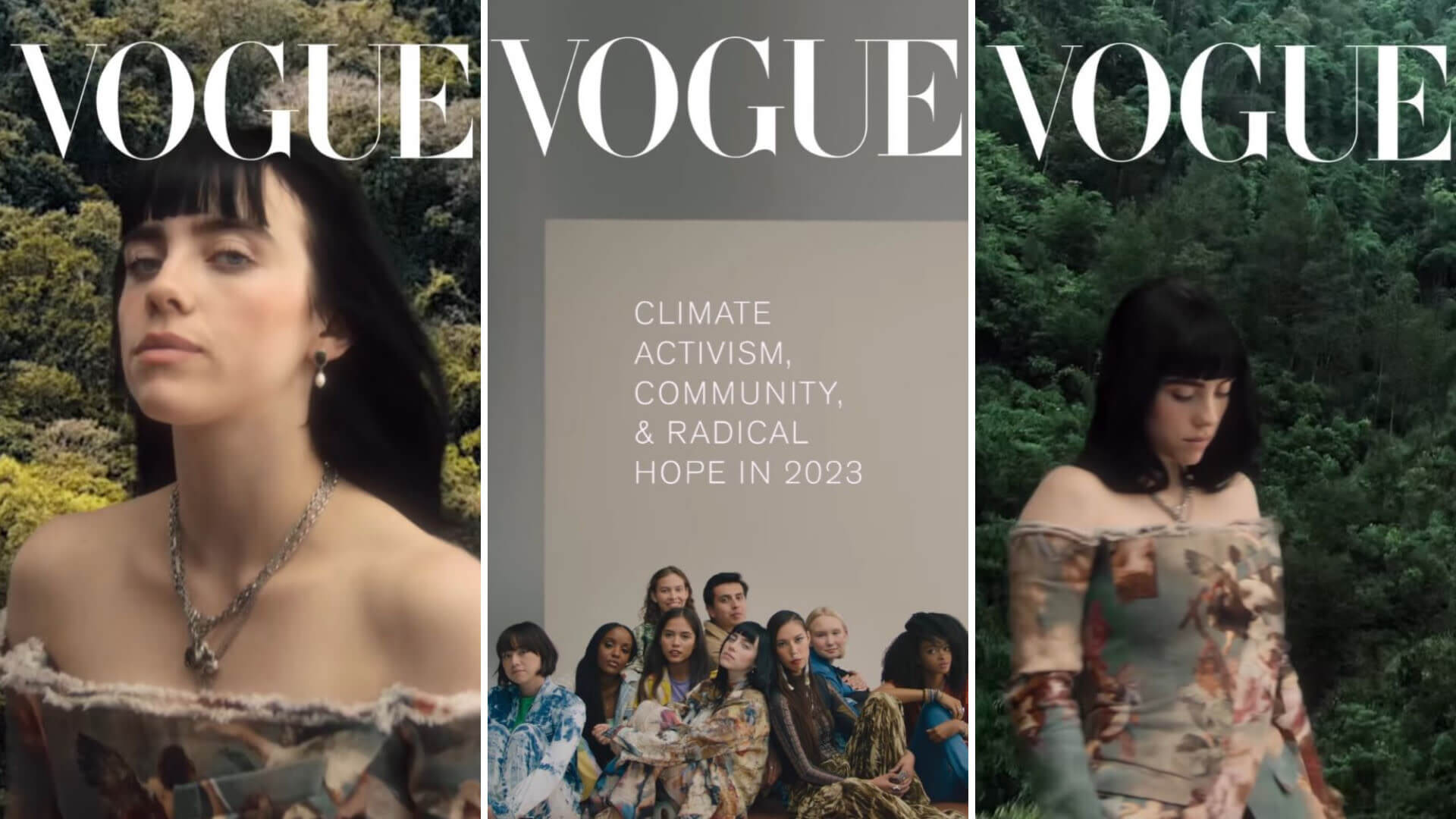 When 21-year-old singer Billie Eilish looks at her huge following, she sees an opportunity to make a difference. During her 2022 Happier Than Ever world tour, she placed the world’s rising temperatures at center stage.

Eilish credits her mother, Maggie Baird, with her interest in activism.

“It’s thanks to her that I know anything,” Eilish said during a new Vogue cover feature, which features the singer discussing climate anxiety and other issues with a group of young activists.

As Eilish told Vogue, Baird raised her as a vegetarian and participated in activism throughout her childhood. Her most recent project is Support + Feed, a nonprofit that helped food deserts in 10 cities during the pandemic.

Eilish is following in her mother’s footsteps. During her recent world tour, the musician worked with nonprofit Reverb to host “Eco-Villages” at her concert venues. These were areas designed to teach fans about environmental nonprofits, help them register to vote, and encourage them to change their habits to reduce waste and pollution. The Eco-Villages even offered free water refills to cut down on plastic waste from disposable water bottles.

She’s also taken the opportunity to bring other voices to the stage. In June, during her tour, she used her time at London’s O2 arena to hold an event called Overheated, which focused on the rising temperatures across the globe.

While fans came for Eilish, they stayed to hear musicians, designers, and activists like Tori Tsui speak about solutions to keep our planet from overheating.

“Can you imagine how powerful it is to use your platform to draw an audience who knows about the climate crisis but isn’t yet fully engaged?” Tsui asked when speaking about the event with Vogue.

Despite the influence that people like Eilish hold, there’s also a sense of dread that comes with tackling the issue head-on.

“It makes me feel sick,” she said during the Vogue interview, before asking her co-panelists: “How do you deal or not deal? How are you guys, just, OK? Because it makes me want to barf all over the floor.”

This issue is particularly bad among people in Eilish’s generation. A recent study showed that 40% of people aged 16 to 25 are fearful about having kids due to their worries about our planet’s overheating.

Still, Eilish — and many people her age — find optimism in action. While the singer has taken many steps to lessen her impact on the environment, she acknowledges that she can’t fix the world herself.

“I wish I could just make changes in my life and save the world alone,” she added. “But all that does is erase me. When really, if every single person just did half of what they should do, we could fix this.”