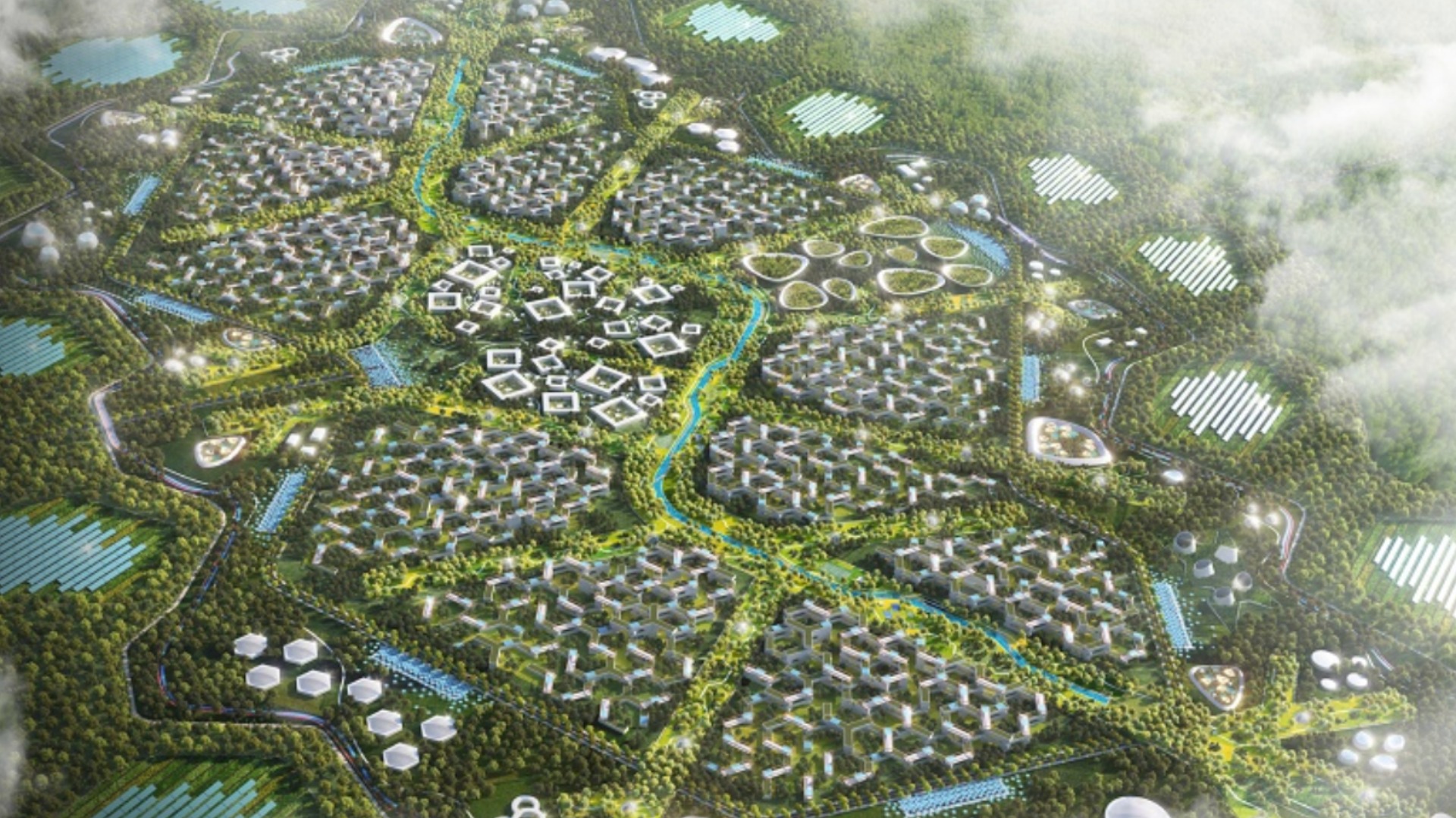 Developers have revealed plans for Africa’s largest sustainable city, which could set a new standard for eco-friendly urban living.

To tackle environmental challenges like pollution, water, energy, and food security, Dubai-based developers URB have conceived THE PARKS as a net-zero city that will be completely self-sufficient.

If the project goes ahead, THE PARKS — which is set to be built in South Africa — will demonstrate the economic viability of net-zero living, as well as how urban planners can better integrate sustainability into cities.

Currently, 60% of the world’s population lives in a town or a city, and by 2100 that number is expected to increase to 85%. That could bring significant challenges for the environment unless urban planners adapt.

Cities are responsible for 70% of the world’s planet-overheating greenhouse gas pollution, mostly due to modes of transport that rely on dirty energy sources.

City dwellers are particularly vulnerable to water and food scarcity due to fragile food chain systems and poor urban planning that has not kept pace with urban sprawl.

By 2050, the number of large cities facing water scarcity is predicted to increase from 193 to up to 284. And because food is often transported over large distances from the country into cities, disruptive weather events can trigger serious food shocks, which lead to food shortages in urban areas.

Nature deprivation is also a growing problem, especially for communities of color. Approximately 100 million Americans have to walk more than 10 minutes to their nearest park. In the U.S.’s largest cities, people of color have access to 43% less green space than white neighborhoods.

Clearly, the way we design our cities needs a big overhaul if we are to reduce humanity’s environmental impact and ensure the global population’s resilience in a changing climate.

The city will be completely car free, zero carbon, and fully walkable. Electric buggies will connect the neighborhoods.

Planning, constructing, and maintaining the city is expected to create more than 40,000 jobs, predominantly in the sustainable technology industry.

It is hoped that the city will cater to multiple income levels, with all residents enjoying access to parks that interconnect the neighborhoods, as well as outdoor fitness stations, community farms, an art program that uses waste materials, and outdoor concerts.