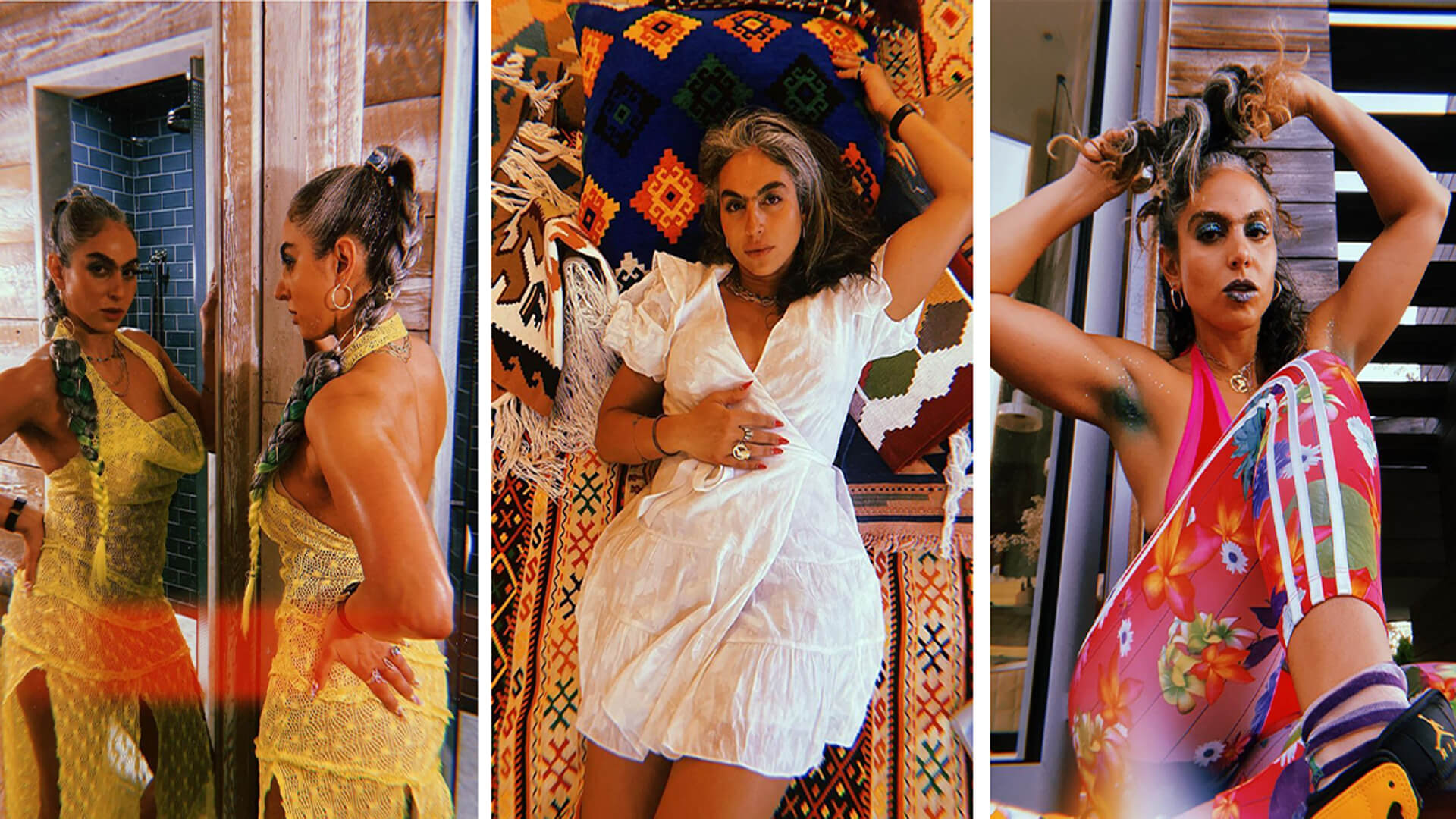 Shari Siadat has been a model, activist, dancer, fitness instructor, and writer. She was named Sharareh, meaning ‘a single spark of fire’ in Farsi, a name that has come to characterize her experience as a young Iranian-American girl in predominantly white, Christian suburban areas.

In an interview with Vogue, Siadat said she was bullied for her dark skin and unibrow, an experience that forced her to reckon with her culture and identity at a young age in response to those who viewed her individuality negatively.

She told the Select 7 that at 13, she asked her grandmother to clear her brows, a ritual called band andazi traditionally reserved for brides three days before their wedding day. Shari hoped that by removing her unibrow, she would escape criticism of her appearance.

It took many years before Siadat began to question her depilatory practices. She told Select 7 that, once she had her daughters, she felt responsible for stopping the generational shame about body hair, deciding the solution was to teach them to embrace their features, including the unibrow.

But Siadat didn’t want to stop with just her girls. Many kids in the U.S. struggle to fit in, a struggle that is harder for kids whose features don’t conform to Westernized beauty standards, as Siadat experienced herself. So she was inspired to write a children’s book about a superhero with a sparkly unibrow that was her source of power, she told Wild Elements. Siadat thought including a packet of glitter with the book would help young readers feel like their unibrows were just as magical.

And then it hit her: Glitter is plastic? Just plastic? Only plastic? There aren’t any natural glitters?

Siadat was initially concerned about her children breathing around glitter and the chance of accidentally inhaling toxic bits. Then she became concerned about what glitter might be doing to the planet: Glitter is too tiny to be collected and recycled, so it pollutes waters and the ground. Siadat understands that people won’t stop buying things that make them happy, so she felt compelled to create an earth-friendly alternative. She decided to take on a new endeavor, biodegradable glitter cosmetics.

Siadat founded TooD Beauty (short for ‘attitude’) in 2019 as a way to reclaim her beauty narrative and help others to do the same. Industry-disrupting TooD Beauty seeks to use glitter to enhance and highlight features, rather than conceal them, and to do so in a way that won’t harm the planet. The company has already landed a well-deserved spot on the highly coveted Credo list of clean beauty products.

Using a lab in the U.K., Siadat launched the first-to-market, certified biodegradable glitter, BioGlitter. It’s received the highest certification for freshwater biodegradability, the TÜV, Austria, certification, breaking down in as little as 28 days. BioGlitter — non-toxic, high-performing, and pigmented — is safe for use on the body, face, and hair. It comes in six different sparkly shades and costs $26 per jar.

TooD Beauty’s BioGlitter is made from eucalyptus cellulose, natural pigments, and the pioneering BioGlitter PURE. The jars are reusable and made using clean solar energy, soy-based inks, and Forest Stewardship Council-certified paper products.She believes when people feel valued, they value the planet. This belief inspired her mission to dismantle toxic beauty standards through representation and an embrace of her non-eurocentric features.