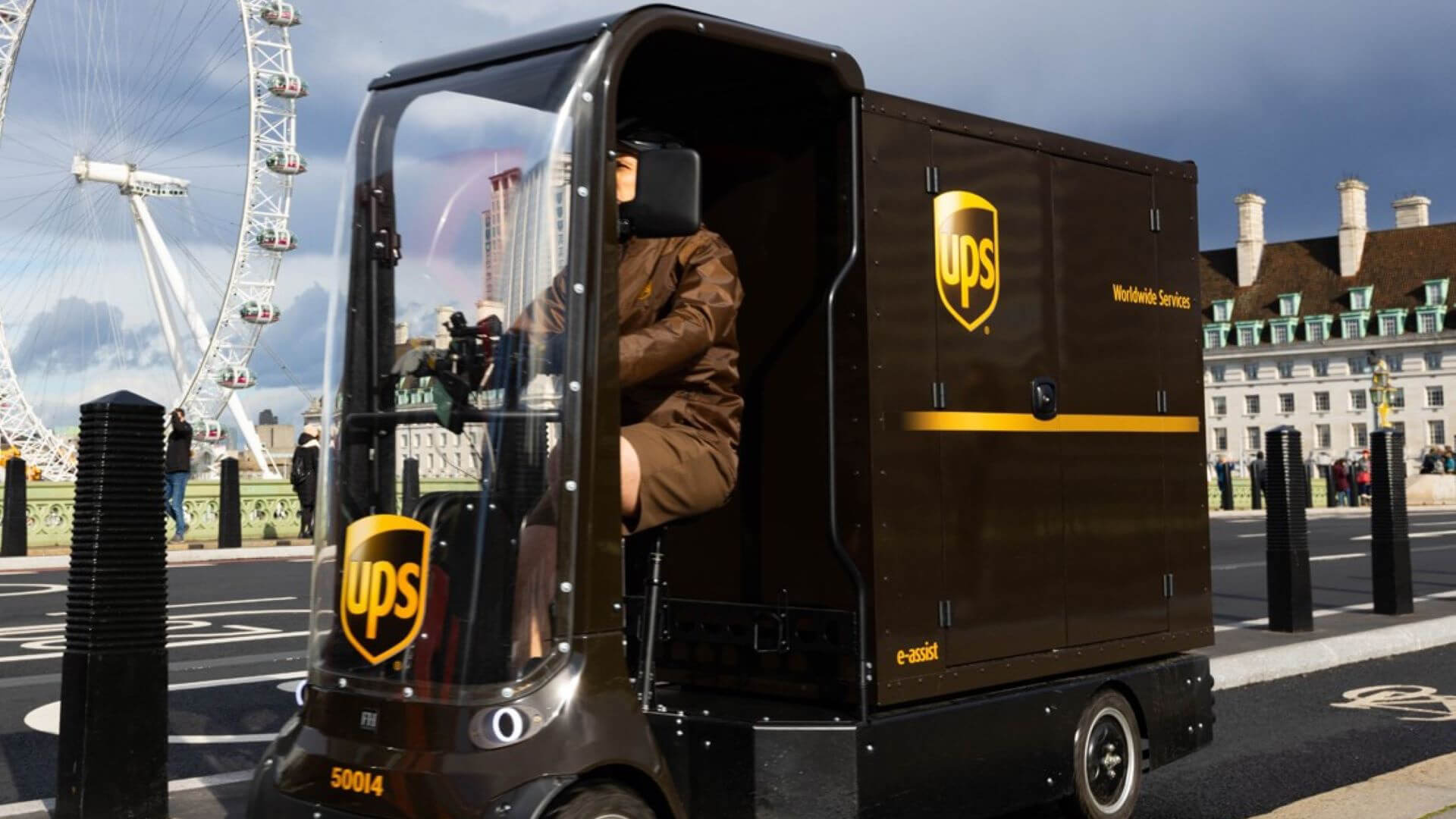 UPS launched a battery-powered, four-wheeled vehicle that will transport packages more efficiently, than their gas-powered counterparts.

The new vehicle, called the “eQuad,” is far smaller than the traditional delivery trucks. Still, as CBS News reports, a recent test run shows that it will be a faster way to deliver packages and mail through tight, congested city roadways. Meanwhile, the adorable e-trucks could greatly reduce UPS’s environmental impact.

At the moment, UPS is running a trial, testing the vehicles in New York City and parts of Europe.

This isn’t the first time that UPS has sought alternative means to deliver to its customers. The company’s fleet currently consists of EVs and plug-in hybrids.

However, the eQuad is quite a bit different. It draws energy and extra speed from the driver pedaling as they drive, just like an e-bike. The design harkens back to the company’s roots, as it began as a bicycle-based delivery service over a century ago.

The need to lower vehicle emissions, especially in urban areas, has never been more urgent. In New York, for example, an estimated 47% of all planet-warming emissions come from transportation.

What’s more, many believe that having smaller, more efficient vehicles can improve the quality of life in cities.

“Big trucks are always blocking the traffic,” New York resident Mohammad Islam told CBS. “So if they do that kind of stuff, it’s 10 times better for everybody.”

New York was chosen as the spot for UPS’s trial in June of this year, not just because of the congestion and pollution problems, but also because it poses unique challenges that UPS hopes it can learn from.

“New York is a complicated city, when we look at the density,” Nicole Pilet, the industrial engineering director for UPS, told CBS. “So if we can have success here in the city, then we can see how we implement in other cities throughout the U.S.”