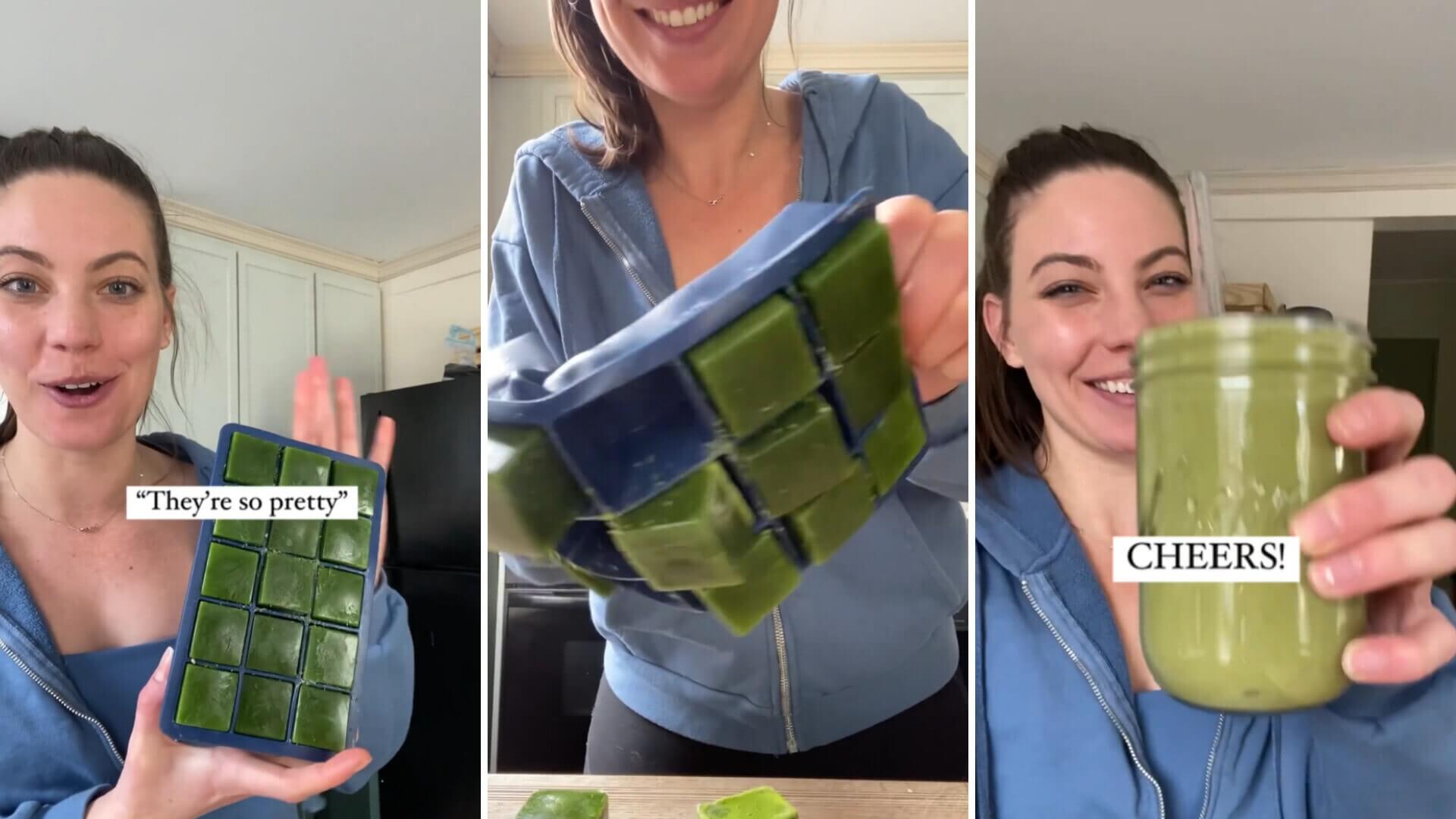 In one video, Kellogg tells users that it’s time to stop throwing out wilting spinach and instead use Carleigh’s clever recipe to make smoothie bombs. In part 26 of her “scraptastic series,” she shows how to use up wilted spinach rather than throwing it in the trash.

First, the video instructs users to blend up any leftover wilting spinach with some almond milk and then pour the mixture into ice cube molds. All you have to do is pop the molds into the freezer to get the cubes to set and then they’re ready to use.

“They’re so pretty,” Kellogg says in the video.

Kellogg shows her favorite way to use the spinach cubes by blending them up with banana, berries, and milk to make a nutritional post-workout smoothie.

Hacks like smoothie bombs help reduce the amount of food and household waste we produce, meaning that less food ends up in a landfill and consequently releasing harmful, polluting gases into the atmosphere. They’re also great for your health, as spinach is packed full of nutrients including vitamin A, vitamin C, and iron. Another added benefit is that it saves you money, so it really is a winner all round.

Users loved the hack, calling it “amazing” and praising the effort to reduce wasted food.

One user added, “Genius! I usually just add mine to my frozen bag of veggie scraps for stock but I love this idea!”

“Wow, that color looks perfect and the cubes look so tasty,” another wrote.

“Hell yes, I love this hack!” another user commented.