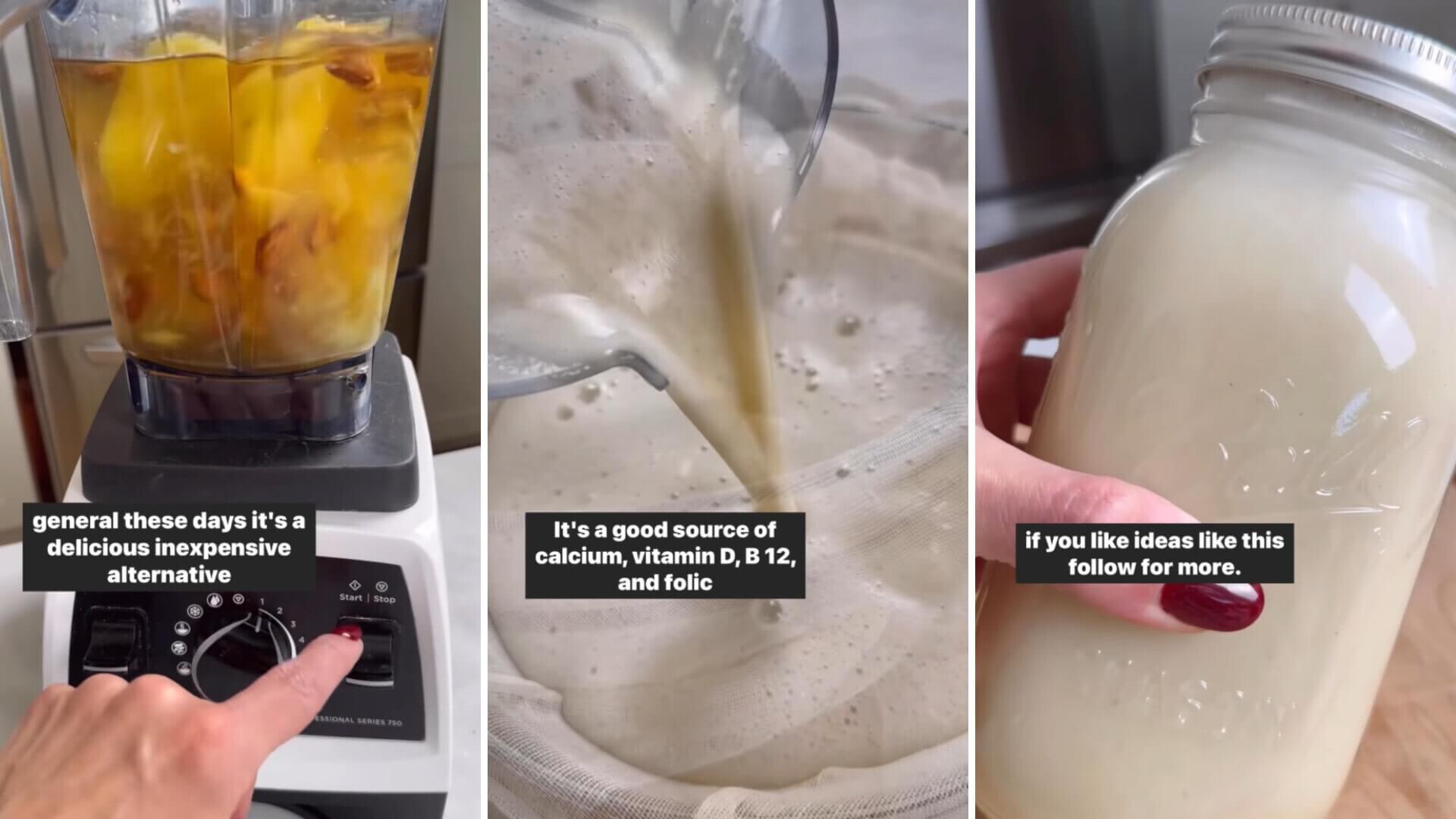 A few companies are already producing potato milk for retail sale, and now influencers like Nicole (@kalejunkie) have gone viral for showcasing their own recipes.

“It might sound strange, but considering we drink oat milk and rice milk these days, why would potato milk be any different?” Nicole writes in the video’s caption.

OK, but what is potato milk?

Potato milk is yet another dairy alternative that is similar to almond or soy milk. There are multiple ways to make it, but Nicole’s viral recipe contains a cooked potato, raw almonds, maple syrup, vanilla extract, salt, and cold water.

But is potato milk good?

We’re living in the golden age of plant-based foods. Consumers are more interested than ever in non-dairy options for their coffees and smoothies.

Not only are an increasing number of people being diagnosed with some manner of dairy allergy, there is a simultaneous interest in purchasing products that promote a more responsible use of our environment.

And, of course, some folks simply prefer how it tastes.

How is potato milk helping the environment?

Plant-based milk production (including potato milk) is significantly less harmful to the planet than your average dairy farm.

Compared to alternatives like oat, soy, and almond milk, animal-based milk takes up almost 10 times as much land and generates three times as many planet-heating gas emissions.

The impact of potato-based milk is harder to quantify, since it’s currently less popular than other plant-based options. That said, it’s been found to have a similarly smaller impact on the environment when compared to diary.

Is potato milk actually good for you?

Potato milk is only as healthy as the ingredients used to make it.

As with all other plant-based milks, it should be fortified with vitamins D and B12 in order to be a nutritious replacement for conventional cow milk. So while there are numerous health benefits to eating cooked potatoes, you’ll need to supplement Nicole’s recipe with additional vitamins to receive the full dietary benefit.

It is, however, unequivocally healthy for the environment.