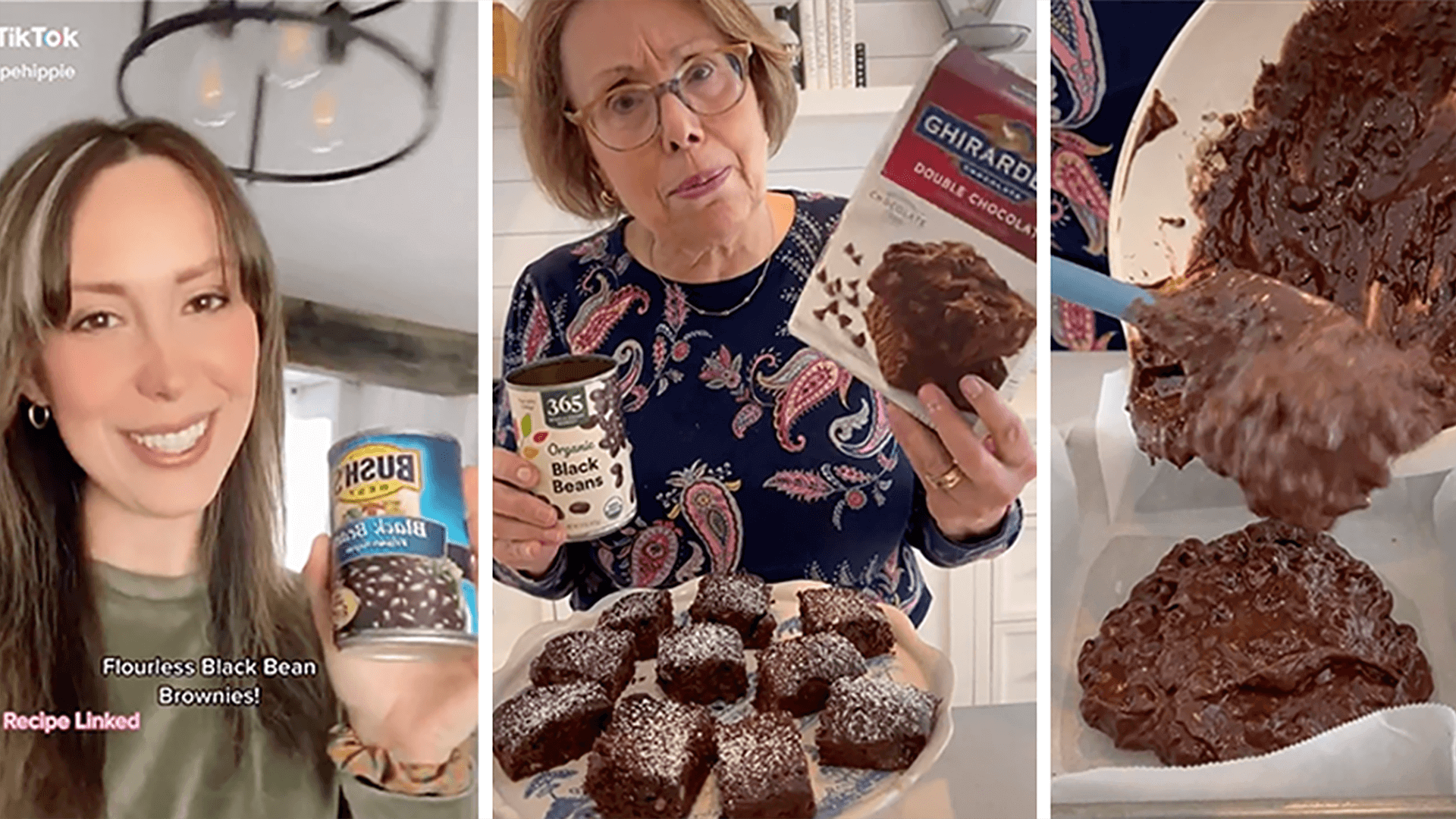 Sometimes a recipe surfaces and sets the world on fire. Opinions mix, tensions heat to 350 degrees and, before one knows it, you’ve got a steaming tray of delicious, suspicious brownies fresh from the oven. This may be one of those recipes.

When it comes to convincing viewers to add a surprise ingredient like black beans to their brownies, Babs (@brunchwithbabs) makes a pretty strong argument. In a viral TikTok video, Babs explains that it’s not only possible but advisable to replace the eggs and oil required in traditional box brownie recipes with high-protein black beans.

Babs also assured viewers that the surprisingly simple swap results in brownies that are moist, delicious, and — most importantly — do not taste at all like beans.

“No one would ever know” about the switch, Babs says in her TikTok, which has amassed over 357,000 likes at the time of writing, with tons of comments either endorsing the recipe or expressing mild hesitation.

“This [is] actually a genius vegan hack! We love you grandma,” one user commented.

“I made these and they were SO good,” wrote another.

“This looks bad but my mom makes these and they’re so good,” another confessed.

You couldn’t pay for reviews this positive. However, there was also some disbelief cooking in the comment section.

“There was a bean skin in my brownie and it ruined my day,” one user commented.

“Who taught you this? I mean it seems sus, but you seem trustworthy, so I’m conflicted,” noted another.

In a similar brownie hack video, TikToker Liz (@recipehippie) shared that she uses black beans as a high-protein substitute for processed flours when making brownies from scratch.

Liz says that these brownies are very fudgy and cakey, promising that “you do not taste the black beans at all.”

Convinced yet? Do black beans have a place in your next chocolatey dessert? Or will this be just another recipe lost to time and the endless scroll, the taste slowly fading, a can of beans forgotten in the pantry?