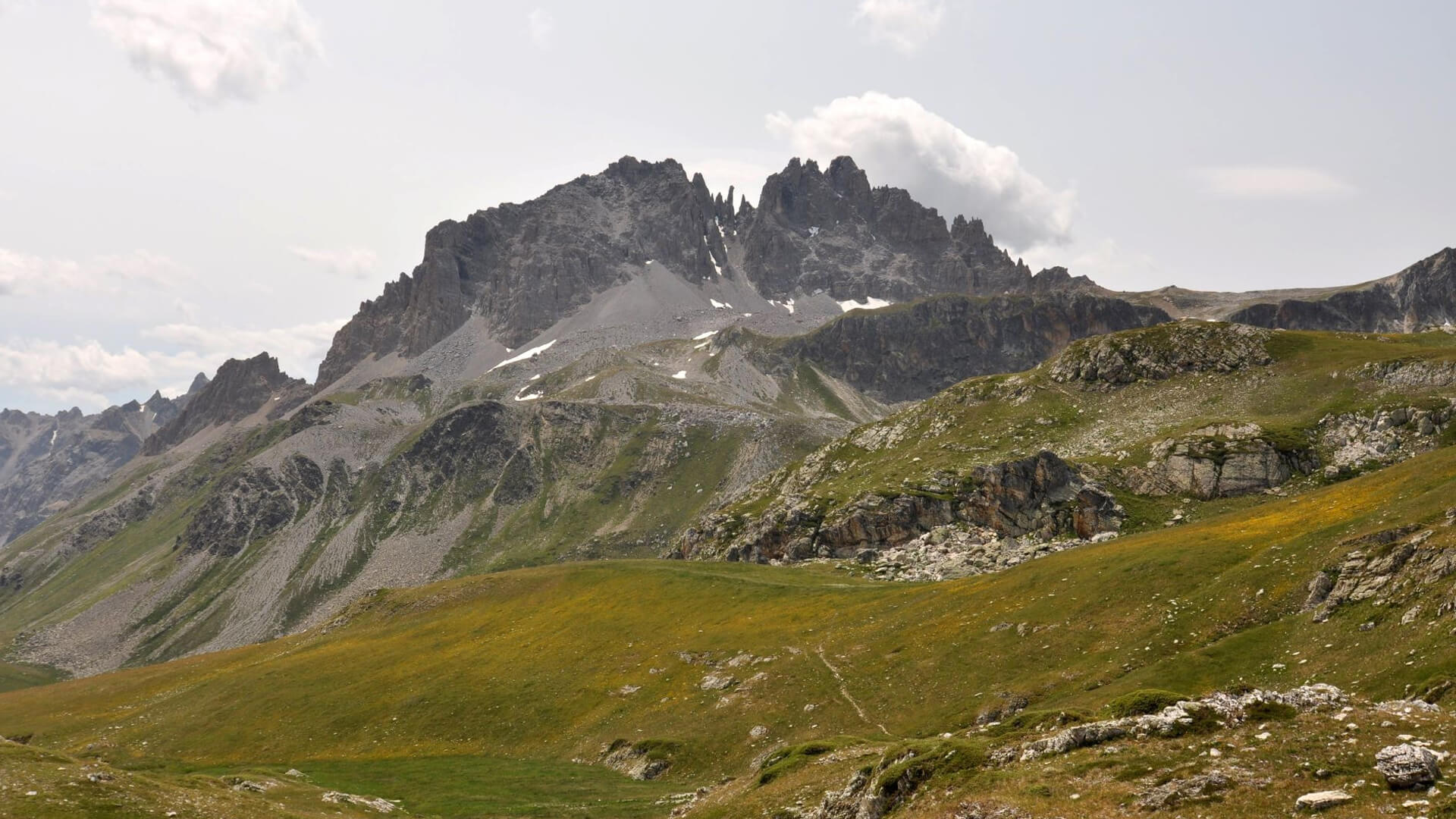 It’s a terrible ski season in the French Alps, as multiple resorts have been forced to close due to the lack of snow.

The Alps are perhaps the world’s most famous skiing destination with slopes scattered along the mountain range that spans eight European countries. Every year, white powder blankets the mountainsides, and travelers flock to the hills for recreational skiing or for professional events like the AUDI FIS Ski World Cup in Adelboden, Switzerland.

But this year, recent footage shows that some popular ski slopes are completely bare. In a video distributed by Newsflare, a skier skirts a path along the one narrow strip of ice left by snow plows, then rides a ski lift over a slope covered with grass.

According to Newsflare, over half of France’s ski resorts have been affected. Adelboden is seeing similar problems, and it is reported that this year’s Ski World Cup is being held on artificial snow.

This unseasonably warm winter in the Alps is the latest in a series of unusual weather events attributed to rising temperatures across the globe. While the Earth’s overheating can sometimes have surprising effects — like the 2021 “Texas Freeze” — in some cases, the outcome is more straightforward.

These popular slopes in the Alps, which would normally be deep in powder, are instead experiencing mild temperatures and rain. Visitors who were relying on the snow are leaving disappointed, and some are seeking refunds from their booking companies.

2022 was the hottest year ever recorded in many parts of the Alps, including France. Late last year, one of the country’s many popular ski villages, Saint-Firmin, was forced to permanently close its ski lift due to a lack of snow.

“People are pretty disappointed with the situation,” Bastien Moyon, a host and content creator at Atlas Ski Co, told Newsflare. “They would have liked a season with normal holidays.”