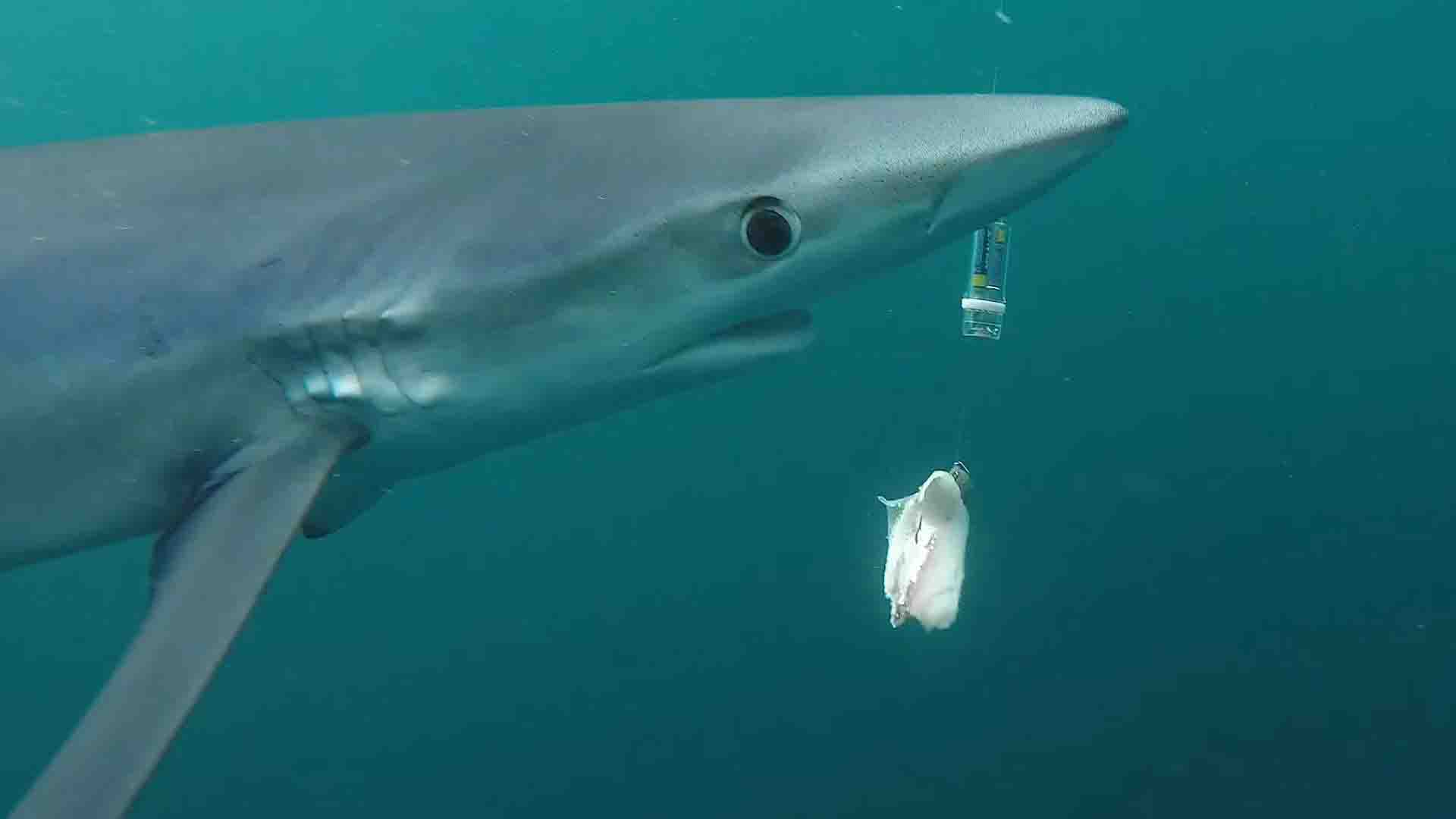 SharkGuard, a new device that emits electric pulses through baited hooks, could keep millions of sharks and rays from winding up as bycatch — that is, marine creatures accidentally caught during commercial fishing for a different species.

Fishtek Marine worked with researchers out of the University of Exeter in England to develop and test the tech.

Compared with a control group, a fishing vessel that used SharkGuard saw a remarkable 91% reduction in blue shark bycatch and a 71% decrease in stingray bycatch. The results were published in Current Biology.

“Many shark and ray populations are declining due to overfishing—particularly oceanic species such as blue sharks and pelagic stingrays that are commonly caught on longlines globally,” Phil Doherty, a marine conservation scientist at the University of Exeter in the United Kingdom, said in a press release. “There is an urgent need to reduce bycatch, which not only kills millions of sharks and rays each year but also costs fishers time and money.”

Doherty added that the study suggests SharkGuard is “remarkably effective at keeping blue sharks and pelagic stingrays off fishing hooks.”

“Research will continue at Exeter, where we test SharkGuard’s effectiveness at sea across multiple species and fisheries,” he said.

The tech could have big implications. The World Wildlife Fund estimates 100 million sharks and rays are accidentally caught by fishing operations every year. Preventing this is important because sharks are apex predators that play a vital role in the health of the world’s oceans.

“The main implication is that commercial longline fishing may continue, but it won’t always necessarily result in the mass bycatch of sharks and rays,” Robert Enever, head of science and uptake at Fishtek Marine, said in a press release. “This is important in balancing the needs of the fishers with the needs of the environment and contributes to national and international biodiversity commitments for long-term sustainability.”

Enever also told Science News that while the need for bycatch solutions is urgent, the study is “a real story of ocean optimism”.

“There’s [sic] people out there … trying to resolve these things,” said Enever. “There’s hope for the future.”