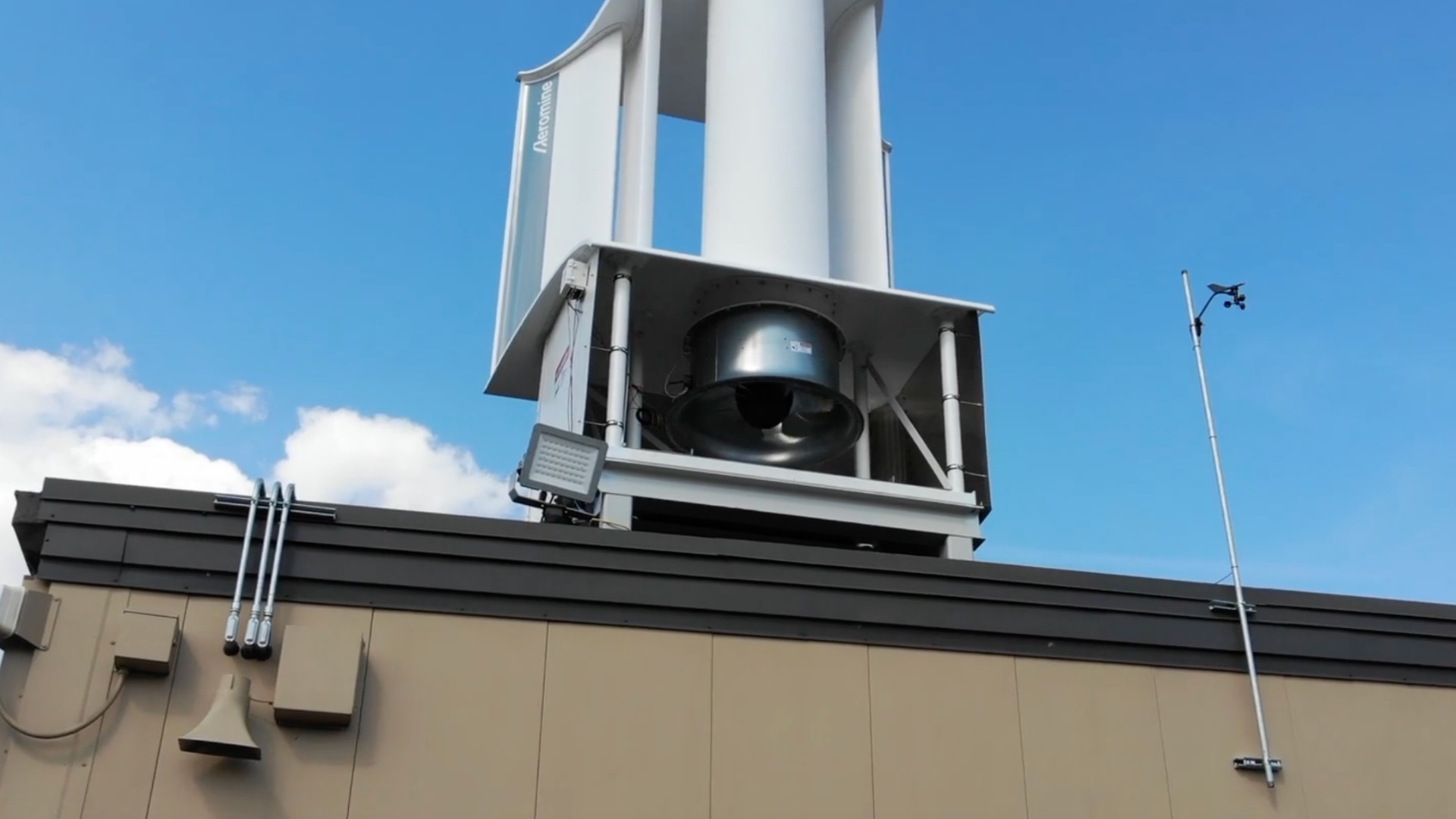 Solar panels are popping up on more and more rooftops around the country, but we’re still letting untapped energy blow over our heads. Aeromine’s powerful, small-scale rooftop wind turbines were built to bring wind energy down to earth.

What are rooftop wind turbines?

Aeromine’s wind turbines — which are also called Aeromines — were built to work in tandem with solar panels to give large, flat-roofed buildings energy independence.

The turbines sit along the roof’s edge, taking advantage of air currents around the building and leaving the middle of the roof wide open for solar panels. But maybe most confusingly, Aeromines have no visible blades. So how do they work? The secret is in the air pressure.

How do rooftop wind turbines work?

To direct moving air, Aeromines use airfoils — the same design that helps racecars speed down the track.

As this air passes through the foils, it creates a low-pressure zone. Typically, air wants to travel from areas of high pressure to low pressure, so as new streams of air rush toward that low-pressure zone, they run over an internal propeller and create electricity.

All the moving parts are hidden, which makes Aeromine durable, quiet, and safe for wildlife. The turbines are optimized for easy manufacturing and installation, and they can operate in winds as low as five miles per hour.

And they’re effective. Aeromine claims that the devices could deliver 50% more power than solar panels at similar costs.

The Future of Rooftop Renewables

Residential areas, on the other hand, are typically too low to take advantage of high winds. Still, there’s plenty of available real estate for rooftop turbines and lots of companies working to fill it.
Hover Energy’s Wind Powered Microgrid combines wind and solar for a robust system that has survived a hurricane. Meanwhile, Accelerate Wind uses open turbines with airfoil assistance to generate energy. Each system takes advantage of airflow along the edges of roofs, just like Aeromine.