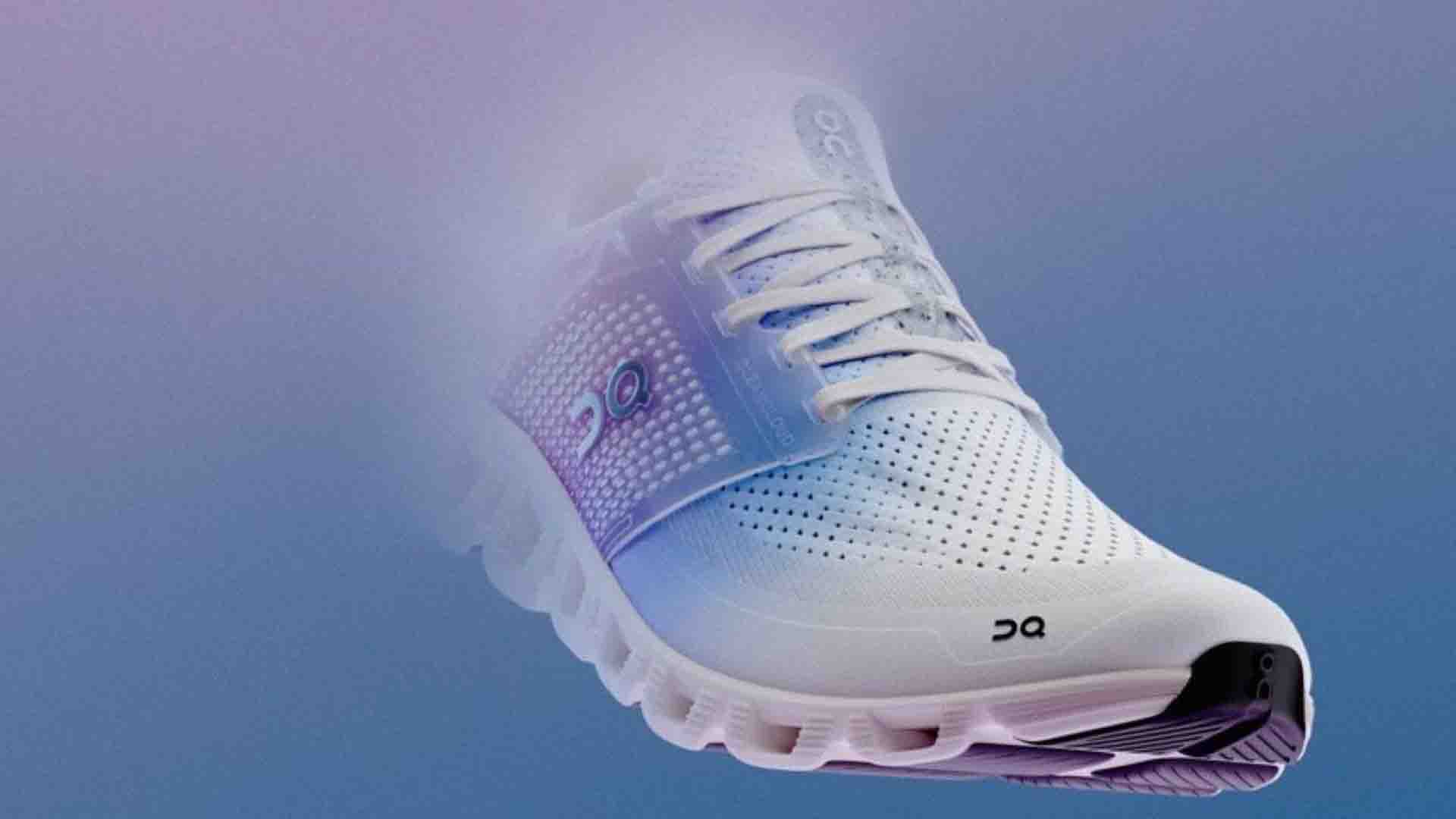 “That’s one small step for man, one giant leap for mankind.”

When astronaut Neil Armstrong said these words as he set foot on the moon, he surely wasn’t thinking of running shoes. But then again, he probably couldn’t have imagined that running shoes would one day be made from captured carbon.

In another giant leap for mankind, Swiss shoemaker On recently revealed its new Cloudprime running shoe, a shoe literally made from carbon pollution.

On’s new shoe is created through an innovative process in partnership with carbon recycling companies LanzaTech and Borealis.

In the first step, LanzaTech captures industrial carbon pollution before it enters the atmosphere. That pollution is then fermented to form liquid ethanol.

The liquid ethanol is then dehydrated to become ethylene gas and formed into pellets using Borealis technology. Finally, the pellets are molded into foam cushioning similar to that found in other running shoes.

The end result is shoe cushioning made out of EVA, or ethylene vinyl acetate. The key difference with On’s shoe is that, rather than using petroleum-based plastic to create the EVA, On’s process uses captured carbon. This creates less waste in production and an incentive for more industrial carbon capture.

“Holding the first-ever shoe made of carbon emissions in my hands is a huge milestone — not only for On, but for the whole sports industry,” On Co-Founder and Executive Co-Chairman Caspar Coppetti told Gear Patrol. “Five years ago, this was barely a dream. Imagine what can happen in the future as we unlock the potential of alternative carbon sources with further research and in collaboration with the best partners.”

On is not the only brand pioneering alternatives to petroleum-based EVA.

Brazilian shoe brand Allbirds has created a flip-flop made with EVA sourced from sugarcane, and the U.K.’s VivoBarefoot is experimenting with running shoes made from hybrid-algae EVA foam. However, On is the first shoe company to directly use carbon pollution in its production materials.

On has not yet announced when the Cloudprime sneaker will be available or how much they will cost. But with over a thousand retailers stocking On shoes in the United States alone, your next running shoe might just be made from captured carbon.