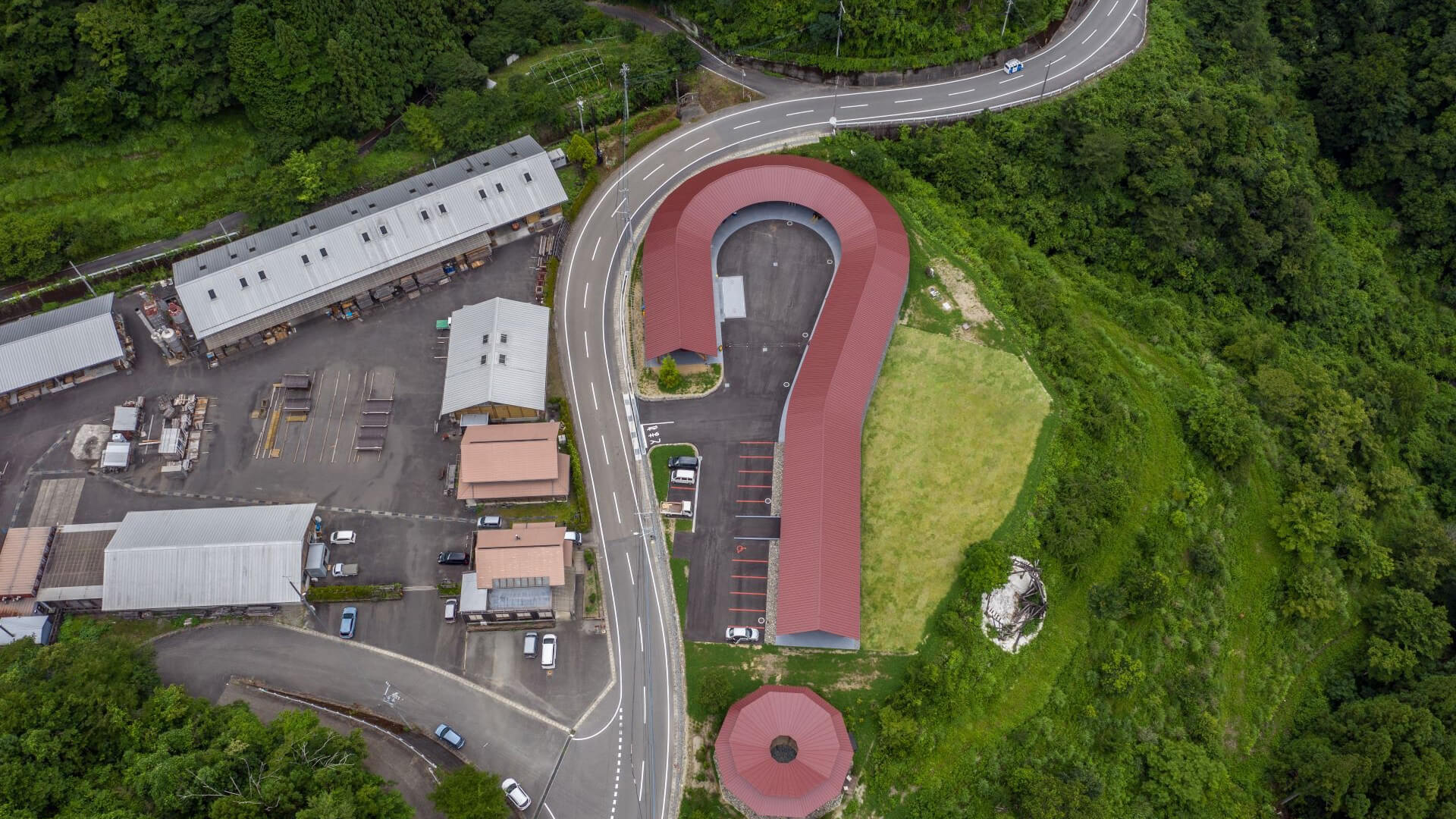 The question-mark-shaped building is located in the small, “zero-waste” town of Kamikatsu. It was designed by Hiroshi Nakamura and NAP Architects and now serves as a community center and waste management facility in a town that’s become world-famous for its recycling skills.

Here’s what makes this building so special.

How did Kamikatsu achieve its ‘zero-waste’ plan?

The mountainous town of Kamikatsu is home to about 1,500 people. It’s located in southern Japan, on Shikoku, the smallest of the country’s four main islands.

Kamikatsu was the first in Japan to make a Zero Waste Declaration back in 2003. Zero Waste describes goals to completely eliminate trash production, often throughout a product’s entire life cycle, from design to disposal.

The town isn’t completely zero waste yet, as some products are exceedingly difficult to recycle in cost-effective ways. But the new Zero Waste Center, finished in 2020, aims to bridge that gap.

The center has been called a “community-led” concept, largely because Nakamura, the architect, invited the town’s residents to participate directly in the design themselves.

They did so by donating materials that would later turn into the building’s striking, 700-window facade, a patchwork mosaic of light that almost looks like clusters of eyes peering into the surrounding forest.

The designers made flooring from shattered pottery, broken glass, and excess tile, and crafted bookshelves out of old harvest bins. Nakamura told CNN that the donations have helped anchor the center in the community.

“The architecture itself was created with the memories of the residents, so they have an attachment to it,” he said.

Not everything used to create the building was upcycled, but the developers aimed to reduce the project’s environmental impact at every turn. They used local cedar for the center’s structure, which reduced fuel and packaging costs, while also supporting the community and acknowledging the region’s history of forestry.

Kamikatsu’s Zero Waste Center is split into several sections, including the recycling center with its 45 separate waste streams, a volunteer-led thrift shop, a learning center, a laundromat, a collaborative laboratory, and a small hotel for eco-tourists.

There are also community spaces throughout the center, designed to facilitate gatherings among Kamikatsu’s spread-out residents.

As tourism to Japan picks back up, the Zero Waste Center is eager to inspire visitors to lead sustainable lives like residents try to do. According to CNN, the center is shaped like a question mark to raise questions from visitors, including: “Why do you buy it?” or “Why do you throw it away?”

And, as Nakamura told CNN, the entire site was designed to be downsized or even fully recycled, should Kamikatsu ever decide to get rid of it.