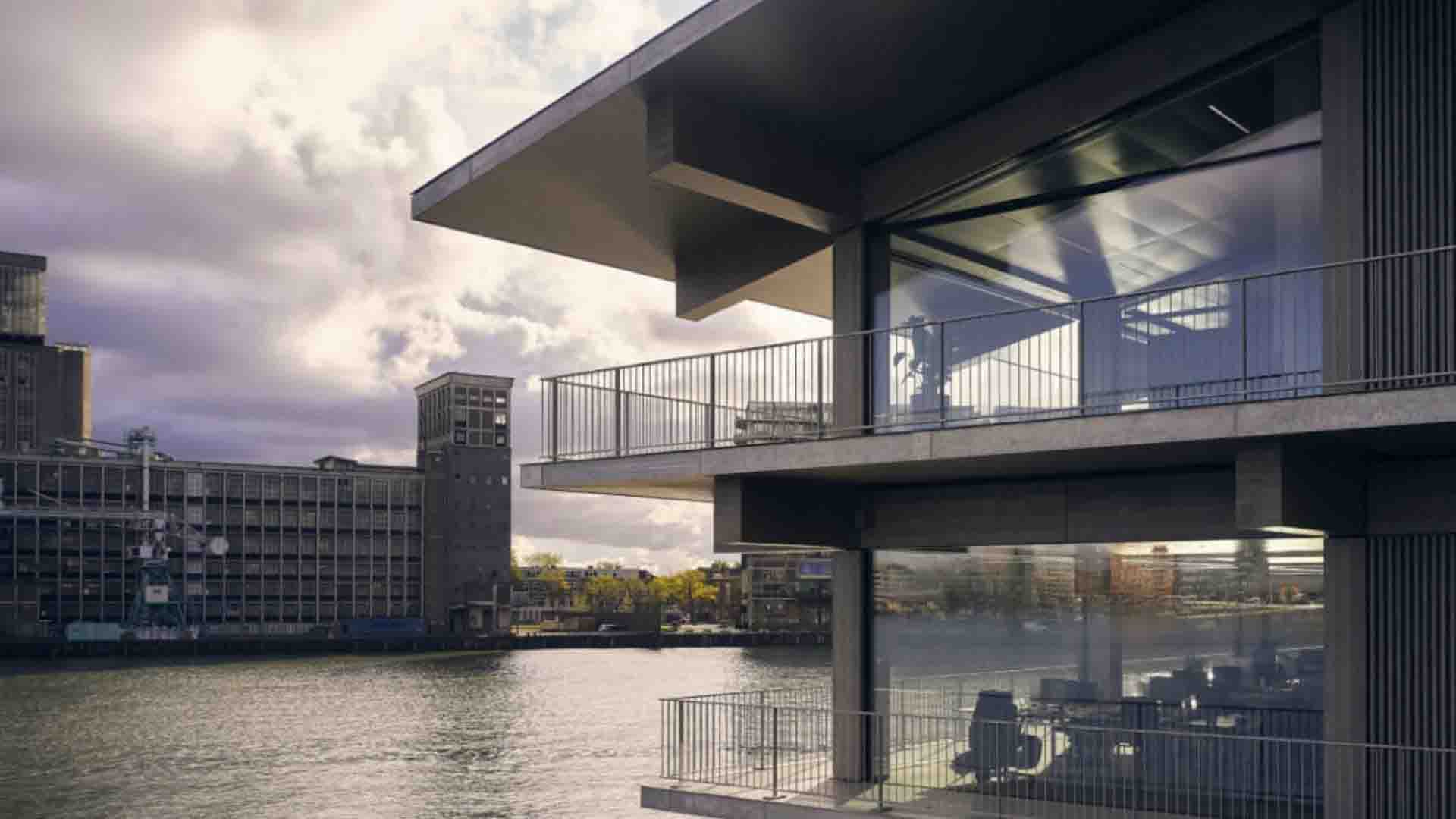 The off-grid structure, named Floating Office Rotterdam (FOR), was designed by architectural firm Powerhouse Company, which has called the building home since it opened its doors in 2021.

It is also home to the Global Center on Adaptation (GCA), an organization working on solutions for climate change. Former UN Secretary-General Ban Ki-moon is chair of the GCA.

FOR was inaugurated by King Willem-Alexander of the Netherlands along with Ki-moon.

The building’s green roof is outfitted with solar panels for all of its electrical needs, and it can also store rainwater.

FOR also harnesses the harbor water it floats on for its passive heating and cooling system. The concrete barges underneath the structure contain a pipe system that uses the temperature of the harbor water to cool or warm the building as needed.

And the FOR structure components can be recycled at the end of the building’s life cycle.

“Designing a sustainable, floating office building was a very challenging commission and we approached it in an integrated way,” Powerhouse Company founder Nanne de Ru, said in a statement. “By using the water of the Rijnhaven to cool the building, and by using the roof of the office as a large energy source, the building is truly [self-sufficient].”

Launching the project in Rotterdam, the second-largest city in The Netherlands and Europe’s largest port, is significant as the city is also a leader in climate solutions, including other floating structures like a nearby floating dairy farm.

Floating structures are being explored around the world as a means to survive climate change. The Maldives is building a floating city in the Indian Ocean that could be home to more than 200,000 people.

The United Nations announced plans to bring its floating city concept to waters off the coast of South Korea by 2025.

“A climate-resilient world is one of the biggest challenges for current and future generations,” said de Ru. “With this building, we want to show that real estate development can also take the initiative in solving these climate-related threats.”