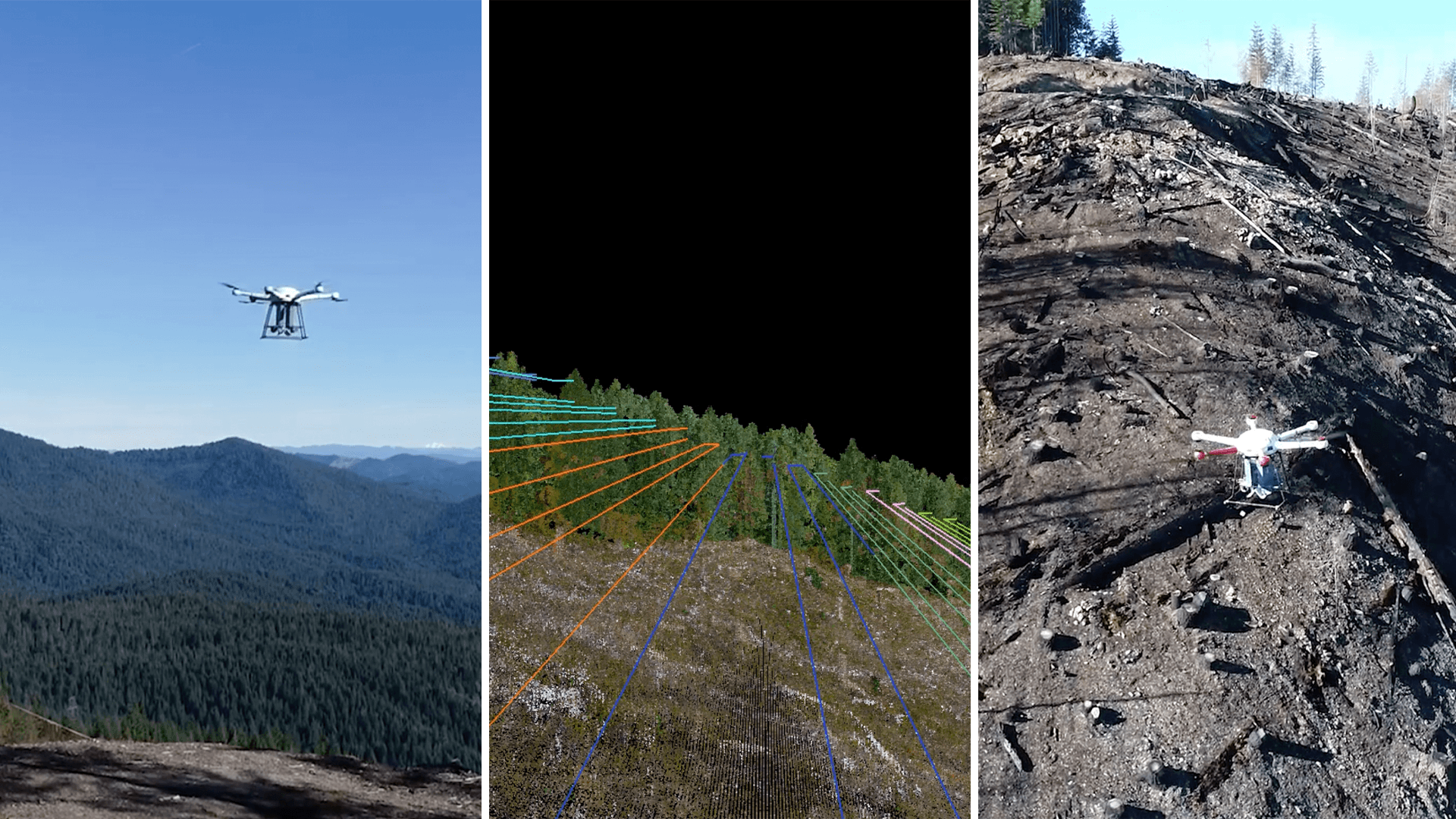 It looks like helicopter seeds just got an upgrade. DroneSeed, a Seattle-based company, is using massive drones to plant trees from the air in the fight against deforestation and forest fires. Founded in 2016, the company is active in the western halves of the U.S. and Canada, and has also branched out into New Zealand for trials.

As the climate changes and the world gets warmer, wildfire seasons are getting longer. They’re beginning to stretch earlier into the spring and later into the fall and winter in the West. Fires are also becoming more frequent and intense, burning homes and crops and disrupting communities. These fires endanger the health and well-being of people throughout the region, and they’ve been hurting forests as well.

More intense wildfires have been damaging tree seeds under inches of soil and high in the forest canopy alike, according to DroneSeed. The natural, regenerative processes forests undergo after burnings are significantly slowed by these powerful fires. DroneSeed was created to help reforest struggling regions.

“We face a critical time in which demand for reforestation has skyrocketed, natural regeneration is no longer guaranteed in certain regions, tree nurseries face a significant seed and seedling shortage, and the supply chain can’t seem to catch up,” DroneSeed’s site explains.

If you’re imagining a drone spraying out seeds like water from a hose to regrow burned forests, think again.

DroneSeed has developed a special “vessel” for seeds that serves to maximize the chances of each aspiring sapling to take root and thrive. The vessel’s case is made of dry fibers meant to absorb and lock in moisture for the seed. Surrounded by a mixture of fertilizer, nutrients, and natural pest deterrents like spicy peppers, seeds are protected from both drying out and the dangers of hungry squirrels.

In 2021, DroneSeed acquired the seed supplier Silvaseed to run a program collecting seeds from healthy trees to aid the company’s reforestation efforts.

The seeds themselves don’t weigh much, but those vessels demand a bit more heavy lifting. That’s where the massive drones come in. Each spans about 8 feet across and can carry 57 pounds at a time. The preprogrammed vehicles fly in groups of three to five, and rely on laser-accurate mapping to pick the best spots for seed dropoff.

DroneSeed uses a combination of these “swarms” of drones and more traditional, on-the-ground planting to get the job done. The drones can go where people can’t, and they work quickly. Grant Canary, CEO of DroneSeed, told Today that these drones are six times faster than human planters, and may be able to plant 20 million trees in less than six months.

The CEO told Reuters he knows that fancy flying alone won’t save our forests from fire, adding that “there are many other tools” and tactics to leverage.

“We are by no means the silver bullet solution, but we are the ones that are scalable today, to buy us more time,” Canary added.

Some of those tools involve wildfire prevention and management. Manual forest thinnings and prescribed fires make use of traditional ecological knowledge from Indigenous people, and are also highly effective ways to protect forests from more intense wildfires.

Forests need a host of solutions to handle the heat, and DroneSeed has come with a swarm.