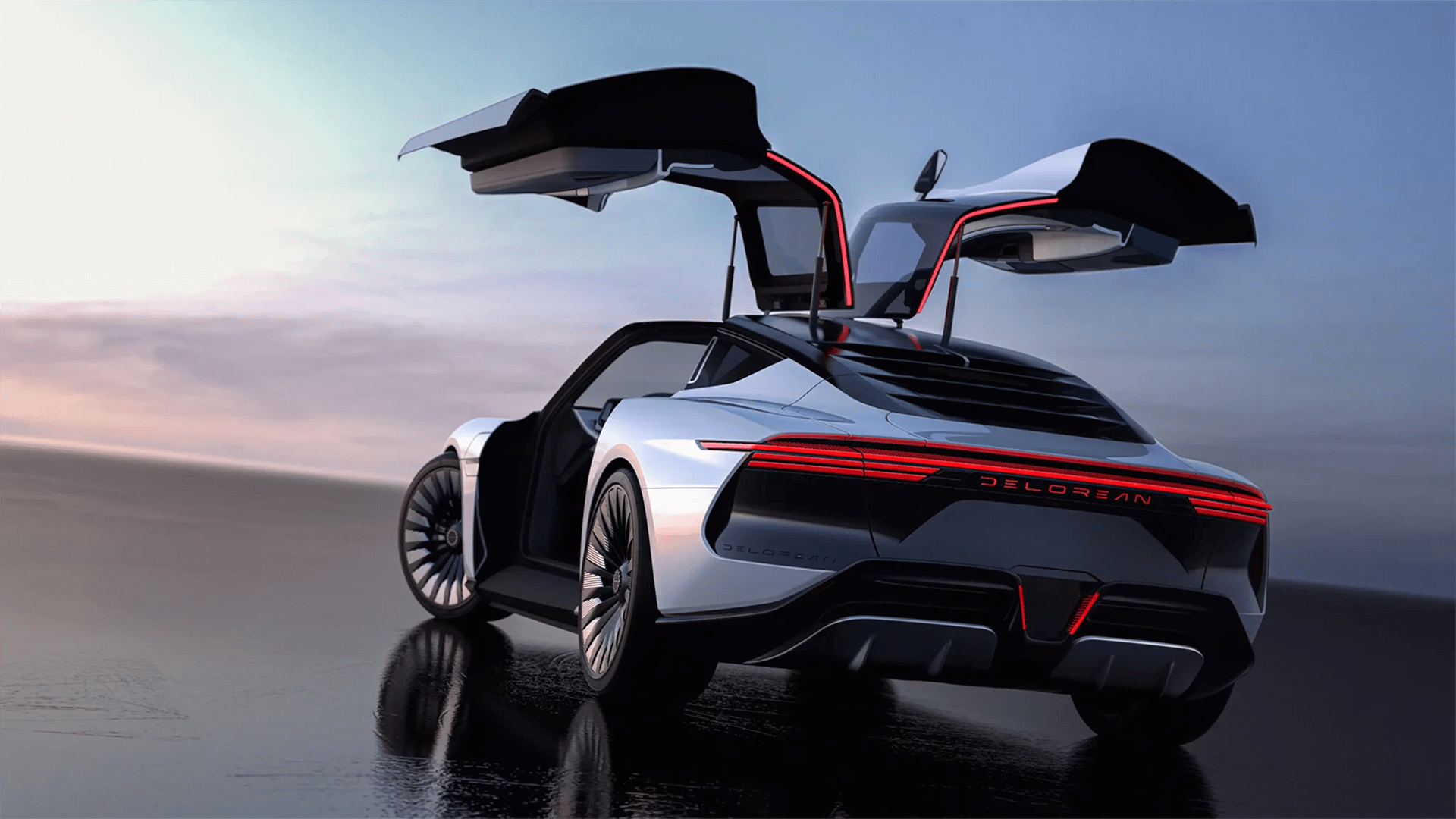 The DeLorean brand is back with another futuristic design, and this time it’s electric! The classic car known for its role as a “time machine” in the Back to the Future movies is getting a modern revamp as The Alpha 5 EV (Electric Vehicle).

DeLorean Motor Company (DMC) says that the stylish concept car will tout a 0–60 time of just under three seconds, according to the company’s website, ranking its acceleration speed among some of the most powerful sports cars. The Alpha5 EV also boasts 300 miles of range on a single charge and top speeds of 155 mph.

But the company that makes the Alpha5 isn’t the same company that built the original DeLorean. That company went bankrupt in 1982 after manufacturing close to 9,000 cars. DMC was created to provide parts after John DeLorean’s company closed. DMC later bought the brand rights to the iconic sports car and partnered with Italdesign to create today’s sleek electric concept.

An electric motor and battery aren’t the only updates to the classic design. The rear windshield and gull-wing doors have been smoothed out, and the Alpha5 trades the sharp boxiness of the ‘80s for swooping lines and dramatic curves.

Originally a two-seater, the new DeLorean can now accommodate four passengers. Both models share obvious DNA, despite the changes, and exhibit a bold, futuristic vision while remaining visually tied to their respective presents.

The DeLorean Alpha5 EV is not for sale at this time — it’s not even up for preorder. DMC plans to debut the car at Pebble Beach on August 21, 2022. The website alludes to a “path to ownership” coming later.

Concept cars often don’t make it to production, and when they do, they sometimes lose features for the sake of manufacturability. The original DeLorean was ambitious and iconic, even though the company only lasted for a handful of years. This new, electric Delorean has drummed up considerable interest as a sustainable refresh of the ‘80s classic. We can’t predict the future, but this exciting EV might make a valuable entry to the electric vehicle market.

Possibly coming soon to a charger near you — Delorean 2: Electric Boogaloo.