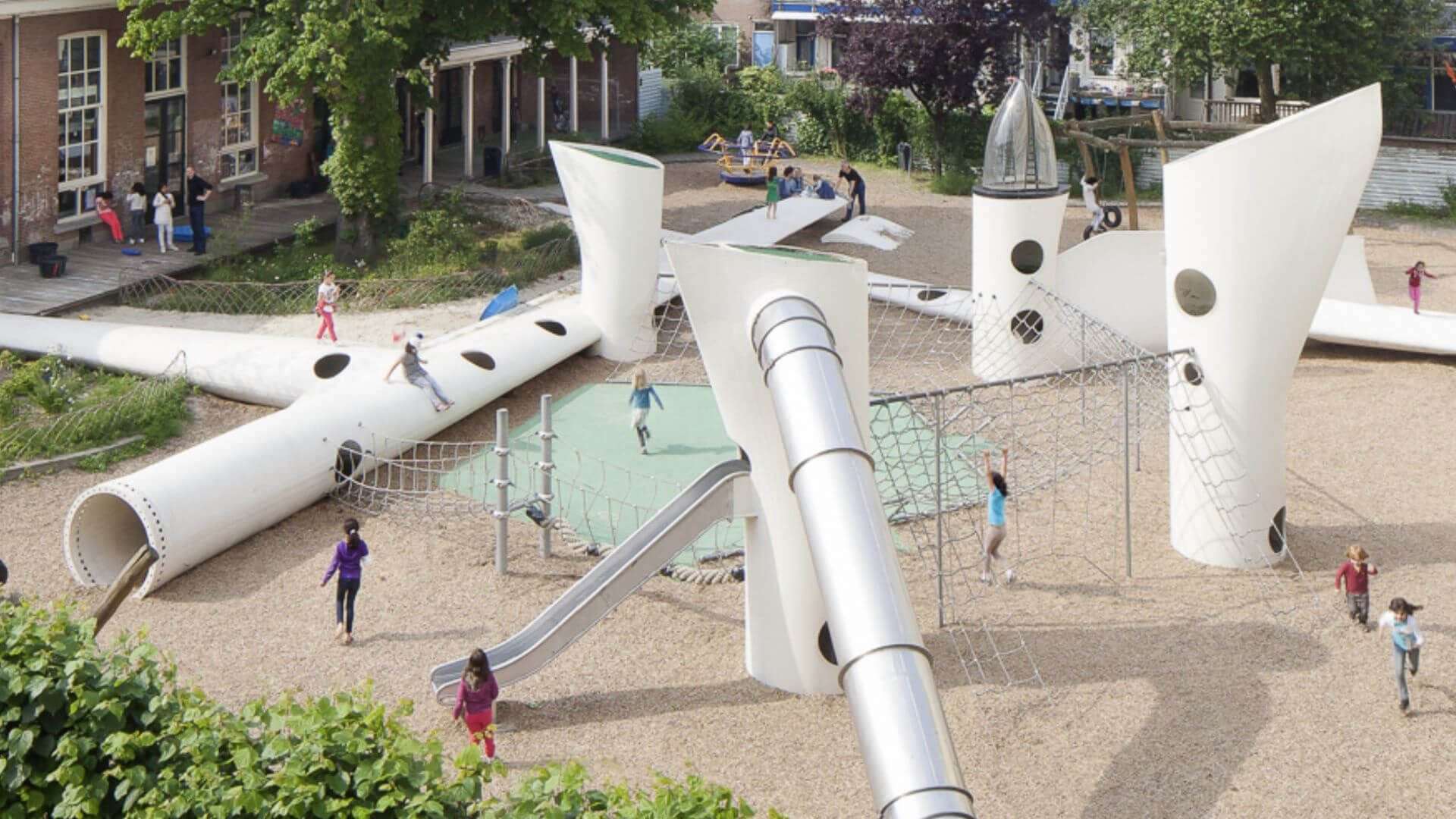 Many look at wind energy as the foundation for a more sustainable future. But even wind turbines create waste in the form of unrecyclable 100-foot-long blades.

One company — Blade Made — is looking to change that by turning decommissioned wind turbine blades into playgrounds.

Blade Made (the team of architects behind it) wants to give these blades a new lease on life.

The first playground took shape in Rotterdam in the Netherlands in 2009. The design, by Superuse, utilized 95% of five blades. Propped up vertically, the blades support slides and act as climbing walls, lighthouses, and lookouts. Horizontally, the hollow blades create tunnels, crawl spaces, bridges, and even benches and tables for parents.

The U.S. has no shortage of wind blades. As of January 2022, the U.S. Wind Turbine Database contained more than 70,800 turbines. According to Global Market Insights Inc., the wind energy market is set to surpass $180 billion by 2027. In October, President Joe Biden announced a plan to deploy 30 gigawatts of offshore wind energy by 2030 — enough energy to power more than 10 million homes!

But wind turbine blades don’t last forever. They need to be replaced after roughly 20 to 25 years. Due to their hulking size, recycling isn’t exactly easy, and most end up in landfills or even “wind turbine graveyards” like this one in Wyoming.

While repurposing the blades isn’t a permanent solution, it does extend their lifespan until a more sustainable system for recycling is available.

The original architects behind the playground have tested dozens of projects across the Netherlands in the past 16 years, utilizing 27 blades into playground equipment, urban furniture, and even bus shelters.

But it doesn’t stop there. New designs are constantly taking shape, including sound barriers for highways and signposts.