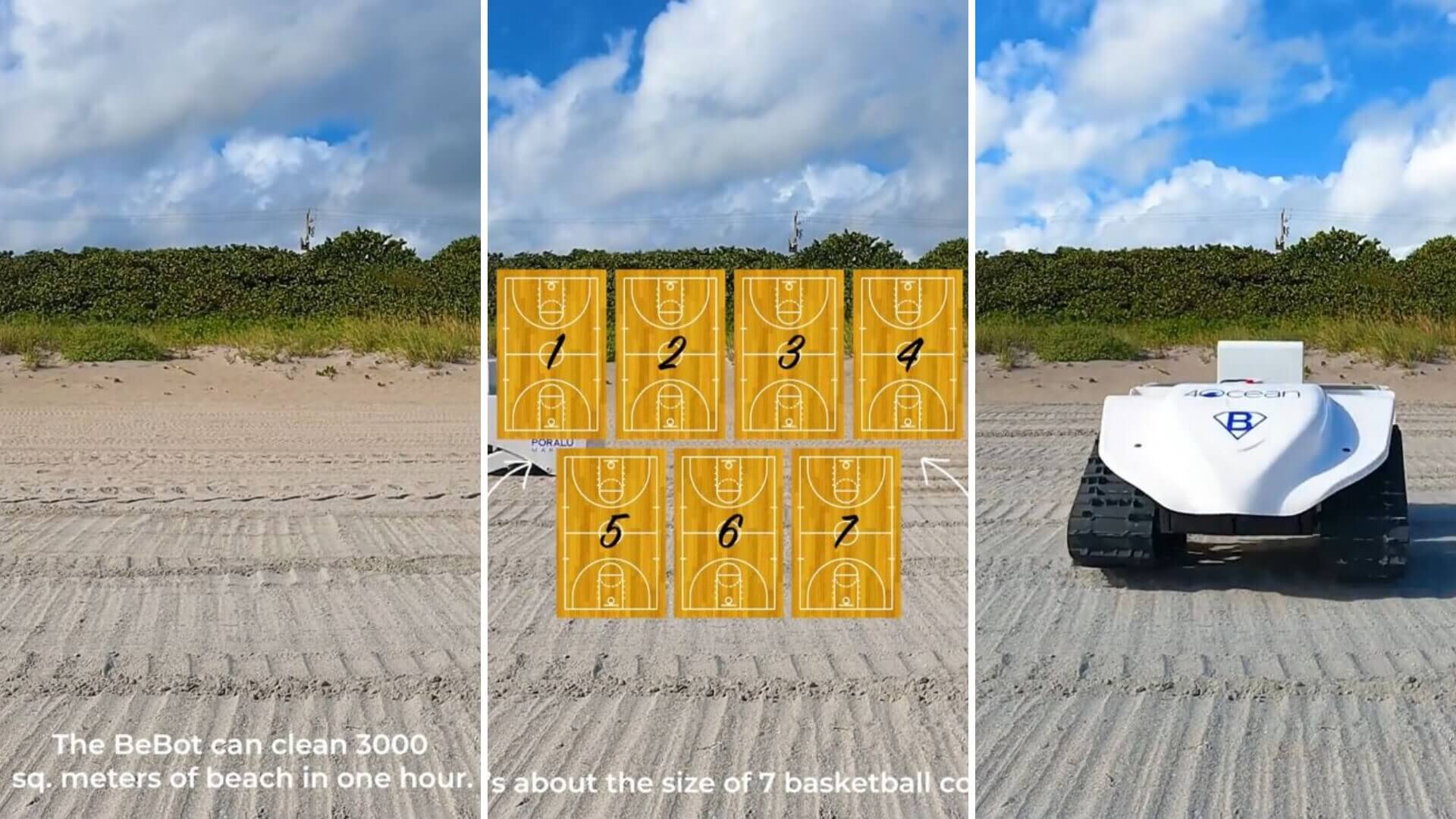 Plastic waste is an eyesore and an environmental hazard on many beaches — and now, it’s being cleaned up by friendly robots that look a lot like WALL-E.

Poralu Marine, a marine construction and consultancy company, has deployed BeBots — remote-controlled robots that patrol beaches and clean up garbage.

BeBots can dig up to 10 centimeters (almost four inches) deep into the sand and work so thoroughly that they can clean up pieces of debris as small as the size of a fingernail, according to 4ocean. That means the BeBots are capable of collecting items like bottle caps, cigarette butts, food packaging, and other small plastic scraps that larger tools have difficulty detecting and collecting.

The BeBot operates on solar and battery power, meaning that it can run for long periods of time and doesn’t use any plant-warming dirty energy sources.

This is a sharp contrast from existing cleanup devices previously used by beaches, such as large-scale machines like tractors. Bigger devices tend to have a number of drawbacks — they’re not particularly efficient, they cause erosion in the sand, they miss smaller particles of waste, and they crush plant and animal life with their bulky frames.

Unlike Roombas, which are automatic, the BeBot is remote-controlled, which means it requires a human operator to dictate its movements. It has a range of up to 984 feet and can clean up to about 32,200 square feet of beach per hour — roughly equivalent to the size of seven basketball courts.

4ocean’s website also specifies that the BeBot can be deployed for a number of other uses, like leveling sand fields, raking algae, and carrying loads like beach chairs — which makes sense, as CNET reports that the robot’s developers want to target hotels and resorts to start using the machines.