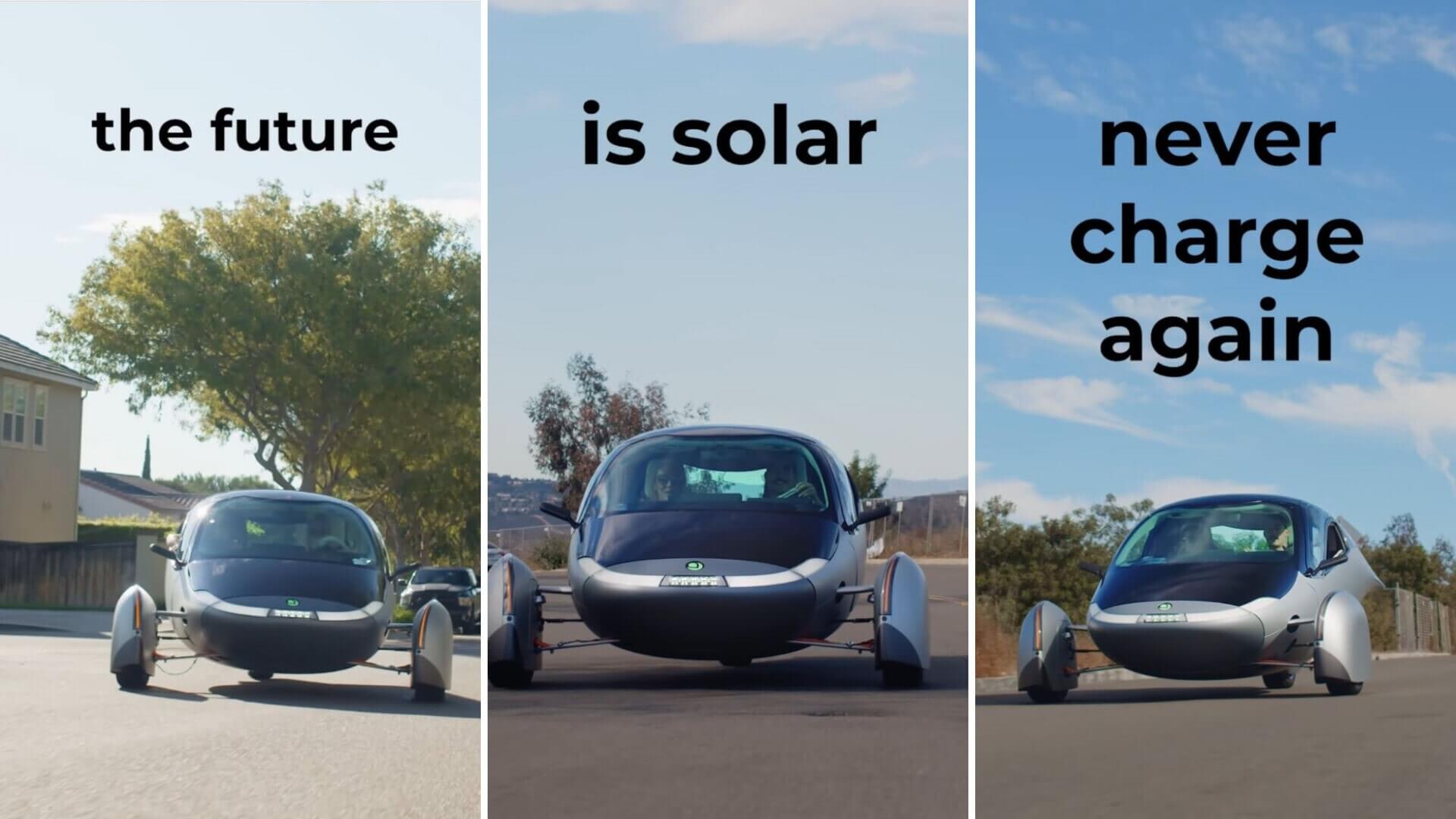 You’ll soon be able to drive a car powered by solar energy.

Aptera Motors has developed an electric vehicle that can run on solar power, allowing for up to 40 miles of solar-powered driving per day, according to the company’s website.

The vehicle’s sleek, futuristic design looks more like a spaceship than a car — and its aerodynamic shape means that it can “slip through the air” using only 30% of the energy that other electric vehicles need as they drive.

Its efficient design — inspired by racecars and fighter jets — also means that a single charge can support up to 1,000 miles of driving at a time.

The car weighs 65% less than other comparable vehicles thanks to its lightweight composites. But that doesn’t sacrifice safety, as the vehicle’s safety cell is “much stronger than steel.”

The vehicle — which the website specifies is not a car, but technically an auto-cycle or a motorcycle — has only three wheels, which minimizes energy lost through friction, and it can continuously charge thanks to its large array of solar panels.

Aptera co-founders Chris Anthony and Steve Fambro first launched their idea in 2006 with the first electric vehicle to hit 300 miles per gallon. The car even showed up in a Star Trek movie.

Since the EV market wasn’t as robust as it is today, the idea went on ice, and Anthony and Fambro pursued other ventures, including vertical farm production and lithium battery technology. The company relaunched with the new solar concept in 2019 and plans to go into production this year.